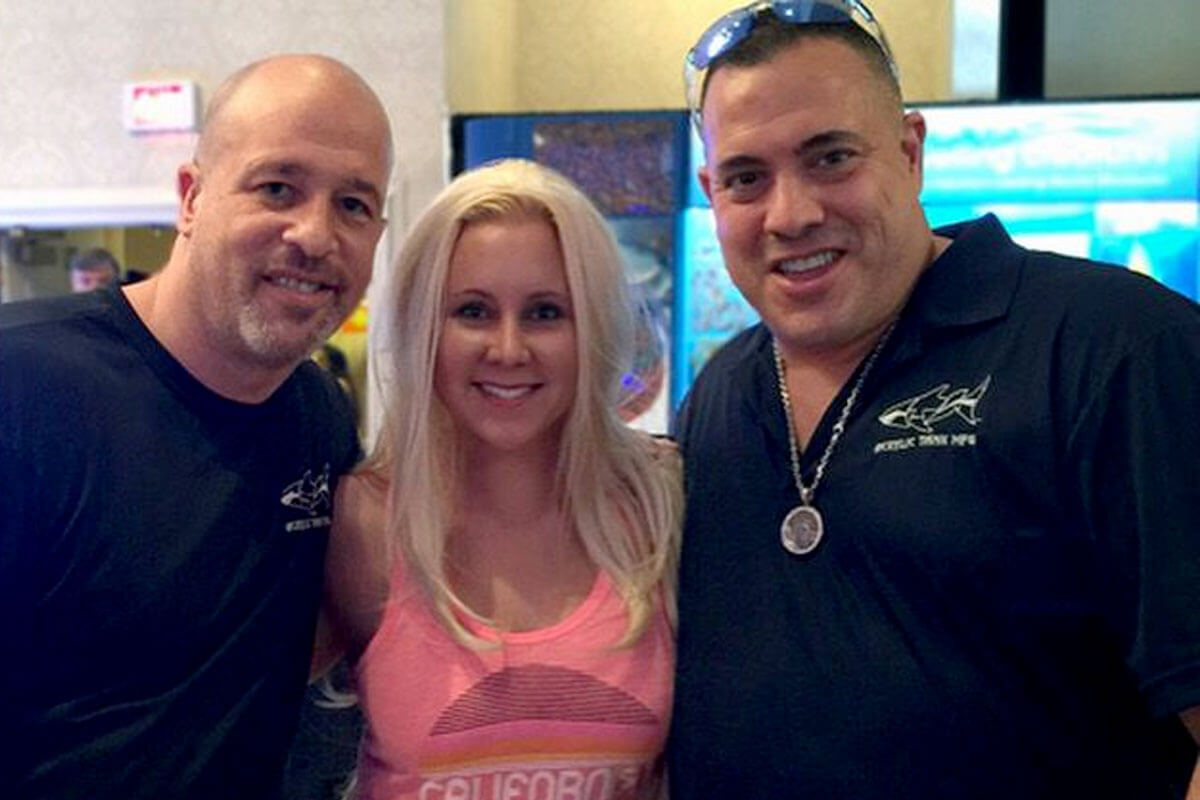 Unfortunately, producers canceled Animal Planet’s Tanked after only 14 seasons. But, we at least got to take a peek into the lives of some of our favorite celebrities, as Brett Raymer and Wayde King made their pricey, custom “Tanked” aquariums.

Aside from the fish tanks business, we also saw the personal life of Brett’s extended family, including his children, father, sister, and of course, Wayde, his brother-in-law. Although he introduced and even proposed to his new girlfriend, we don’t recall hearing or seeing much about Brett’s wife.

What’s the deal with that? What happened to Brett’s wife on Tanked? Did he divorce the mother of his children? Lots of answered questions, but you can read on for the low down on everything you need to know about Brett’s wife.

Who Is Brett On Tanked?

Brett Raymer was the co-owner and chief operating officer of the Acrylic Tank Manufacturing company up until the company was dissolved.

Raymer was born in Brooklyn, New York, in 1969, but he claims that his childhood was difficult, especially since his parents divorced when he was only two years.

The reality TV star attended Abraham Lincoln High School and later moved to Las Vegas in search of better opportunities to support his family back home in Brooklyn.

In 2011, he and Wayde King founded the Acrylic Tank Manufacturing (ATM) company. They later landed the opportunity for their business to be showcased as a reality television show on Animal Planet.

After seeing Brett’s grown kids on the show, you probably wondered what happened to Brett’s wife. Brett had a wife named Melissa Bradford, but the two decided to divorce.

When they started dating and married, Ms. Bradford worked as Acrylic Tank’s office manager. The couple gave birth to three children from their marriage, one daughter Kayla and two sons, Bruce and Chandler.

Melissa and Brett were married for nearly ten years, and after their divorce, she gave her ex-husband full custody of their children. She also resigned from the company, but the reality tv series never made it clear where Melissa went off to after the divorce– she just ceased being featured.

Despite parting ways with his wife, Raymer is still a dedicated father who is very much present in his children’s lives. According to the intriguing reality star, he did not have the best childhood after his parents divorced, so he strives to give his children what he did not have.

Brett was once a coach on his daughter’s volleyball team, routinely sharing her wins. His social media is also full of pictures of him hanging out with his kids, an indication of his dedication and undying love for his brood.

He Found a New Girlfriend and Proposed to Her

After being single for a while, Raymer found love again with yet another co-worker. The popular reality television personality has been in a stable, long-term relationship with his partner Trisha Chamberlain since 2011.

Ms. Trisha worked as the internet marketing manager of Acrylic Tank Manufacturing and owner of “Donut Mania”, a company Raymer would later come to own as well.

Trisha is a mother of two kiddos, Chandler and Ryan, from a previous relationship. In 2017, after six years of dating, Brett proposed to Trisha at a surprise party on the set of Tanked. The two took their time before tying the knot, probably their way of ensuring that their marriage to each other works this time around.

What is Brett From Tanked Doing Now?

Brett is incredibly busy, as usual. After Tanked wrapped up and stopped making custom tanks, he pursued his Donut Mania venture. Still, that business folded too in 2019 after a lawsuit by a competitor over trade secrets and infringement of intellectual property.

In 2022, Brett and his business partner Louie Zweifach opened a brand-new restaurant. Aptly named Stallone’s, the eatery brings a New York Italian flair to Las Vegas. We are yet to see if this new venture will be turned into an American reality television series.

Wayde and Heather Got Divorced Too

After divorcing his first wife, Brett seems to lead a pretty happy life with his children and partner, Trisha.

Unfortunately, things turned sour between his sister Heather King and business partner Wayde King who divorced in 2019 after 21 years of married life.

It is reported that Heather and Wayde, who were also cast members on Tanked, had marital issues which culminated in a physical altercation.

Wayde and Heather divorced just as Tanked was wrapping up, leaving fans wondering if this was a mere coincidence or if the domestic violence charges contributed to the reality series getting canceled.

Sadly, divorce looks like a common theme in Brett Raymer’s family. He is no longer with his first wife, whose whereabouts are unknown. Brett’s sister followed suit and ended her long-term marriage to her husband, Wayde King.