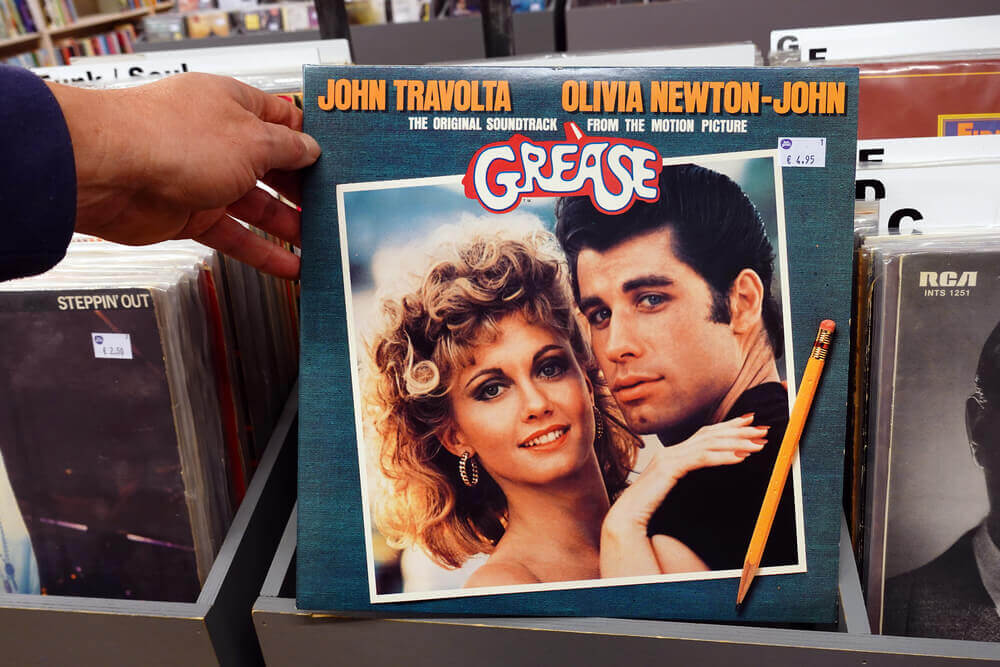 Grease is just one of those movies that would be talked about for years to come. The little high school love story of Danny (played by John Travolta) and Sandy (played by Olivia Newton-John) plus the hypnotic musical performances are out of this world.

Set in 1959 at fictional Rydell High School, it features a mix of working-class school kids. Despite being different, they find common ground in the occasional school dance scene.

The dancing is mesmerizing. Some of the songs are fast, and others slow and sweet. The combination makes the film very entertaining.

Whether you’ve watched the film once or twice, some of the iconic songs, including ‘Beauty School Dropout,’ ‘Greased Lightning,’ and ‘Summer Nights,’ stick with you.

The movie is based on a 1970s stage musical. In its original Chicago version, Grease was raunchy, aggressive, and vulgar. Subsequent productions sanitized and toned it down.

The film adaptation by Paramount studios came out in 1978, which basically makes it a classic film. Despite this, the movie has remained popular.

Perhaps the fact that it is a production from decades ago gives it an edge. It is set in the fifties (who doesn’t love a little trip back in time?)

Did you know that:

And how can we forget the mind-blowing and breathtaking end of the film where the cast gathers in a carnival for the last performance? According to the Grease producers, they rented a real fully-operational carnival with all the rides and everything else.

The entire team says that shooting the episode was more of an experience rather than making a movie. They sure delivered. The end with its fantastic energy just makes you press play again for the umpteenth time!

It’s been 42 years since the original Grease was released. Despite watching the movie repeatedly, fans can’t help but wonder if John Travolta, who played the role of Danny, actually sang on the film.

In contrast, there is no doubt Olivia Newton-John, who played Danny’s girlfriend Sandy, is a real songstress, with a professional career as a country singer under her belt.

In addition, Newton-John had already had a brush with the movie business in a 1970s film role, starring in a science fiction musical film.

On the other hand, John Travolta may have singing chops, but he wasn’t an iconic singer back then. Far from it.

In the entertainment space where anything is possible, there’s always room to doubt whether actors who appear in musicals are actual singers.

So, if you are one of the fans that are always questioning whether Travolta actually sang on Grease, you’d be happy to know that he indeed did!

Remember his iconic duet with Olivia. “You’re the One That I Want!”? If you can recall, the song comes in when Sandy had changed into a greaser queen to try and win her soul mate Danny back.

In the song written by one John Farrar, Danny shows how pleasantly surprised he is at Sandy’s transformation. Sandy then responds to Danny by telling him he needs to shape up and prove that he can treat her right.

After Grease, the song went on to be one of the best-selling in the history of time, selling over 15 million copies worldwide.

John Travolta also sang other songs such as “Summer Nights,” “We Got Together,” “Sandy,” and “Greased Lightnin.”

He wasn’t supposed to perform the last one but stole it from his co-star Jeff Conway (Kenickie). Apparently, Travolta felt that he was the right guy to do the solo and fought tooth and nail for it. He sure got the part.

In 2002, Travolta and Newton came together after 24 years to do a reunion to celebrate Grease’s release on DVD. The pair who fell in love on-screen back in 1978 gave such a jaw-dropping performance that took many breaths away.

The duet featured their famous number ‘You’re the One That I Want. At the time, Olivia was on tour.

Upon being recalled for the reunion, the beauty jumped on a plane and traversed many states to attend the party with Travolta.

On September 24, 2002, the event took place at the Paramount Lot in Hollywood, Los Angeles.

It was attended by some of the big names in the movie industry.

Grease’s fame keeps going. The film was also re-released in 2018, and it also took off just like the original one grossing a whopping $396 million across the planet. Unfortunately, some critics thought that the story of the film was sexist.

They insisted that Olivia’s scene where she transformed from an innocent girl to a bad leather-clad one so she can look appealing sends a wrong message. It shows misogyny, at the very least.

Olivia Newton-John has since denied claims that the film is sexist, saying there’s “nothing deep in the film about the #MeToo movement.” She also said that the movie is set in the fifties and most people seem to forget that.

It may not seem like it, but John Travolta is a talented singer. He actually sang all the songs he performed on Grease. Sure, his talent lies more with acting, but he can also shine in the world of music.