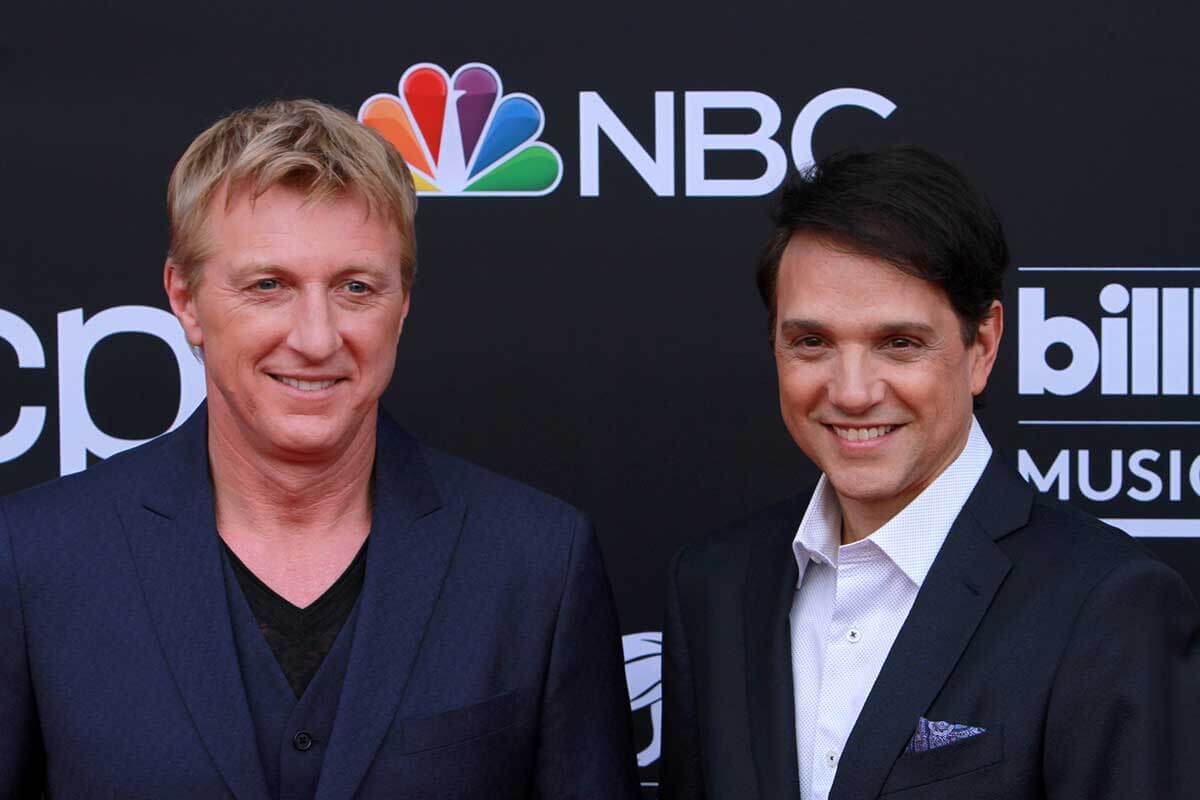 Many actors have died since appearing in The Karate Kid-inspired TV show Cobra Kai, created for television by Josh Heald, Jon Hurwitz and Hayden Schlossberg (who all happen to still be alive).

You can watch the Will-Smith-produced Cobra Kai streaming now on Netflix and YouTube Premium.

Rob Garrison played Tommy in Season 2 of the series, a role he originated in The Karate Kid and The Karate Kid Part II. Tommy’s character was one among a trio of students at Cobra Kai Academy and friends of Johnny Lawrence that also included Bobby (Ron Thomas) and Jimmy (Tony O’Dell).

Tommy was the loudest and brashest of the bunch, known for what became his catchphrases: “Get him a body bag. Yeah!” and “Take a right.”

Rob’s Season 2 episode was considered a “reunion episode,” taking place some three decades after the storyline of “The Karate Kid” series (and in real life). Questions circulated after Rob Garrison died about whether it was foreknowledge of his impending death that propelled him to bring Tommy back to life one last time.

His colleagues said he was not sick on the set. His character, however, was another story. In the prescient episode preceding Garrison’s death, his character is terminally ill and dies. In the final shot, in typical dark irony and an homage to the character’s origins, Tommy is zipped up in a body bag.

One of his co-stars William Zabka said, after Garrison’s death, that he was happy he had the chance to see “Tommy ride again,” one last time and give him a fitting farewell.

Robert Scott Garrison died in a hospital in his Wheeling, West Virginia home town from organ failure on September 27, 2019 at the age of 59. His appearance in the new series aired six months following his death.

Esner’s most famous roles include Lou Grant in The Mary Tyler Moore Show from the 1970s, and the widower Carl Fredrickson in 2009’s Pixar classic, Up.

Asner also has no less than 400 other film and TV acting credits to his name dating back to 1957. His credits include many appearances in one or a few episodes of scores of series, including many in which  he played himself, like D.C. Follies in 1987.

He was also a character played by other actors in many films, like The Games Maker in 2014. He even appears — from beyond the grave! — in a film drama called Awaken, to be released later in 2022, and an animated film called Unplugged slated to release in 2023.

Ed Asner died peacefully from natural causes in his Tarzana, California home on August 29, 2021, at the age of 91.

The season premiere episode of Season 4 of the series pays homage to Ed Asner and his character, ending with a title card that reads: “Ed Asner in memoriam 1929-2021.”

Pat Morita does not exactly belong on this list, if we are being literal, as he did not make a physical appearance in Cobra Kai, having passed long before it began filming. But the memory of the iconic and revered mentor, Mr. Miyagi, whom he originated in the series’ origin story, The Karate Kid, and for which he earned an Oscar nomination, makes a constant presence throughout its new revival, including in archival video footage and sound bites.

Famous for his many words of wisdom, Morita’s martial arts master may be best known for his tricky training technique: “Wax on, wax off.”

The character appears in all three films in the original The Karate Kid trilogy, as well as 1994’s The Next Karate Kid in which his newest student is female, played by a young, pre-Oscar-winning Hilary Swank.

In addition to his 175 acting credits while he was alive, Morita has many posthumous acting credits as well, including Only the Brave (2006), Royal Kill (2009), and a voiceover role in an episode of Season 4 of hit animated children’s TV show SpongeBob SquarePants called, appropriately, “Karate Island.”

Pat Morita died of kidney failure following a gallbladder and urinary tract infection on November 24, 2005 in his Las Vegas, Nevada home at the age of 73. His body was cremated.

The fifth episode of Cobra Kai was dedicated to his memory. Interestingly, in the storyline of the series, the character Mr. Miyagi died six years after the death of the actor who played him, on November 15, 2011.

Despite rumors to the contrary, William Zabka, who played villain-turned-ally Johnny Lawrence in The Karate Kid, The Karate Kid Part II, Cobra Kai and the video game The Karate Kid Saga Continues, is very much alive.

Is Daniel From Karate Kid Dead?

Ralph Macchio, star of the original The Karate Kid as Daniel LaRusso, better known to fans as “Daniel San,” returns in full force in the new series but is also still alive, as are fellow The Karate Kid alumni Martin Kove (John Kreese,) Ron Thomas (Bobby), and Tony O’Dell (Jimmy).

Many actors from the film series that started it all have since died, including many bit players, but those films came out between 1984 and 1994, so that can only be expected.