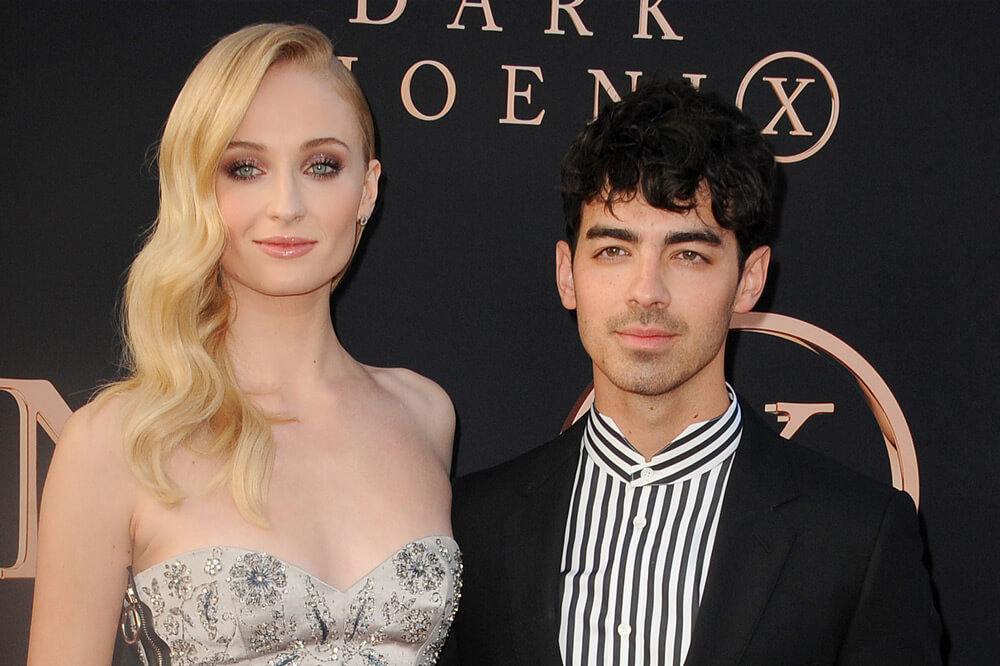 Getting married is a big decision for anyone, but it comes with extra pressure for celeb couples as it affects their standing in the industry.

It’s a known fact that fans like to see their favorite actor/singer single so they can easily fantasize about them. Except when A-listers get married to normal people, of course.

Against the warnings of their managers over the potential loss of fans, most celebrities decide to go through with it anyway – sometimes even marrying their relatives!

Here is a list of A-listers who fell hard, got married, and thought their young love was worth risking everything for.

Britney was arguably the most famous pop star of the late 90s and early 2000s. The world couldn’t get enough of her sensual voice and dynamic stage presence. When Spears was just 22, she chose to marry Jason Alexander in search of her happily ever after.

But sadly, the marriage was annulled 55 hours later. Later, more information came to light, and it was revealed Britney’s mother and her management pressured her for the annulment.

The American singer got married to her 2nd husband, Kevin Federline, too in that same year.

Before Demi got married to Bruce Willis and Ashton Kutcher, she tied the knot with Freddy Moore. At the time, Demi was just seventeen years old, and Freddy was twenty-nine.

Even after going their separate ways, Demi kept his last name, and till today she’s only known as Demi Moore.

Before getting papped with Harry Styles in Italy, she was married to an actual Italian prince.

When Olivia was nineteen years old, she took the plunge and married Italian royalty Tao Ruspoli son of Prince Alessandro Ruspoli of Cerveteri. Later, she regretted her decision, and the couple went their separate ways.

Wilde was engaged to Jason Sudeikis for nearly a decade. The couple also had two children together, but then they split up.

Once Justin Bieber was the bratty pop star who couldn’t seem to stay out of trouble. But then he turned his life around and decided to get married. Justin was just twenty-four when she popped the question to her childhood friend Hailey after nearly two months of dating.

She was also just twenty-one years old, but then they decided that if it’s true love, their age doesn’t matter.

The Kill Bill actress got married to Gary when she was just 18 years old. Gary was an English actor and twelve years older than her. Uma said in an interview that getting married at eighteen was a mistake. The couple got divorced in 1992, and since then, they have maintained a dignified silence about why their marriage didn’t work.

Taylor Hanson and Natalie Bryant are a true definition of teenage love. They started going out when they were sixteen and got married when they were eighteen. The couple is still going strong after nearly two decades, and together they have five children.

So he did the most responsible thing and got married at the age of 22 with his longtime girlfriend, Danielle.

They tied the knot in 2009 and have been blissfully married for over a decade now. The couple has two beautiful daughters, and with each passing day, they are only falling more in love.

The iconic musical duo got married in 1964. When she was just sixteen, the Golden Globe winner moved in with Sonny, and they tied the knot when she was eighteen.

Cher called their marriage the least important thing they did together. Sadly their chemistry fizzled out, and she got divorced in 1975.

This is more of a crime than marriage because Aaliyah was just fifteen years old while Kelly was 27. He had made a fraudulent birth certificate of her which stated that she was eighteen.

They were secretly married for a year, and then, with the help of her parents, the marriage was annulled in 1995.

The child actor of everyone’s favorite Christmas movie got hitched at just eighteen years old. He married a fellow actress, and the couple was deeply in love.

Still, it wasn’t enough, and two years later, the young couple went their separate ways. Miner later said that they decided from the heart and not their heads.

Since then, Macauly has dated several Hollywood beauties like Mila Kuna. The former child star never married again but has just welcomed a baby boy with Disney alum Brenda Song.

In 2003, Jessica was every man’s fantasy, but she decided to settle down with her then-beau 98 Degrees star Nick Lachey. They even had their own reality show, which documented their blissful married life.

But in 2006, they got divorced, and Jessica later found love with the NFL player Eric Johnson.

Snoop married his high school sweetheart in 1997 when he was just 26 years old.

The couple was on the verge of getting a divorce in 2004, but they worked out their differences and are still going strong.

Snoop said he never fell out of love with his wife, the industry just messed up his vision.

Amber Heard started seeing Johnny when she was just 25 years old, and he was nearly double her age. They dated for four years before the celebrity couple tied the knot in 2015.

They were only married for fifteen months, but theirs has to be one of the messiest divorces ever. From claims of physical abuse to leaving feces in bed, their courtroom drama had it all.

They are in a legal battle with each other, and their feud has left them with nothing but a ruined reputation.

Angelina Jolie of the 90s and Angelina of today are two very different people. Today she is an Oscar-winning actress, well-known humanitarian, and most importantly, mother of her six children.

But in the 90s, she was truly a wild child and an eccentric artist. She had even got married at the age of 20 with her Hackers costar Jonny Lee.

Her wedding dress was black pants and a white shirt. Wait for the truly shocking part. The shirt had Jonny’s name written with Jolie’s blood. Even such intensity couldn’t save their marriage, and she filed for divorce in 1999.

Jolie’s next marriage was with Billy Bob Thorton, who was twenty years older than her. But that also ended in flames.

The American singer was 17 years old when she married her middle school love, Daniel. He was also just 19, and the couple welcomed their first child the same year. Sadly, even their love story didn’t last, and they got divorced after three years.

Before Kim and Kanye were one of the most powerful couples in Hollywood, she had eloped with the music producer Damon Thomas. At the time, Kim was just nineteen years old and was best known as Paris Hilton’s friend.

After four years of marriage, they both went their separate ways and later KImmade a shocking revelation that Damon was physically and emotionally abusive.

Dolly Parton is an icon to millions around the world. When the country singer got married to Carl at 20, she had to keep it a secret. In those days, it would have had an extremely adverse effect on her career if the news of her marriage had leaked.

But luckily, the couple was able to keep the spark alive for a long time, and recently, they celebrated their 54th wedding anniversary.

The famous actress has always been open about her rough childhood and the stream of wrong decisions she took as a teenager.

One of them was getting married to a bar owner Jeremy Thomas.

They tied the knot when Drew was just nineteen and Jeremy was thirty-one years old. The marriage was a disaster, and they ended up parting ways after nineteen days.

Sarah Michelle Gellar was the “It” girl of the 90s, and Freddie Prinze was the lovable hero of every early 2000s rom-com.

Soon they started secretly dating, and the media didn’t even know about them till they became quite serious. Two years after they went public, the couple tied the knot, and to this day, they are madly in love with each other.

After breaking every female popstar’s heart, Mr. Perfectly Fine finally settled down with the Queen of The North.

The couple tied the knot in Vegas and had the ideal wedding of a “cool couple.”

After this, they also got married with their family and friends present in a more traditional ceremony. Since then, they have welcomed a baby girl, and their papped images are enough to show how compatible they are with each other.

If there is someone who really deserves the title of “Power Couple,” it would be Mr. and Mrs. Beckham.

They got engaged when they were twenty years old and got married two years later, that too in the presence of a four-month-old Brooklyn.

Since then, they have had three more children and recently celebrated their 22nd anniversary together. Maybe it’s the Posh effect, but even their casual family pictures look like something straight out of vogue.

Rimes first met her future husband at an award show and instantly formed a connection with him. She married him before she turned twenty. Later, the couple divorced in 2010, and Sheremet kept claiming that he helped Rimes immensely with her career.

Later it came to light that they separated because Sheremet cheated on her.