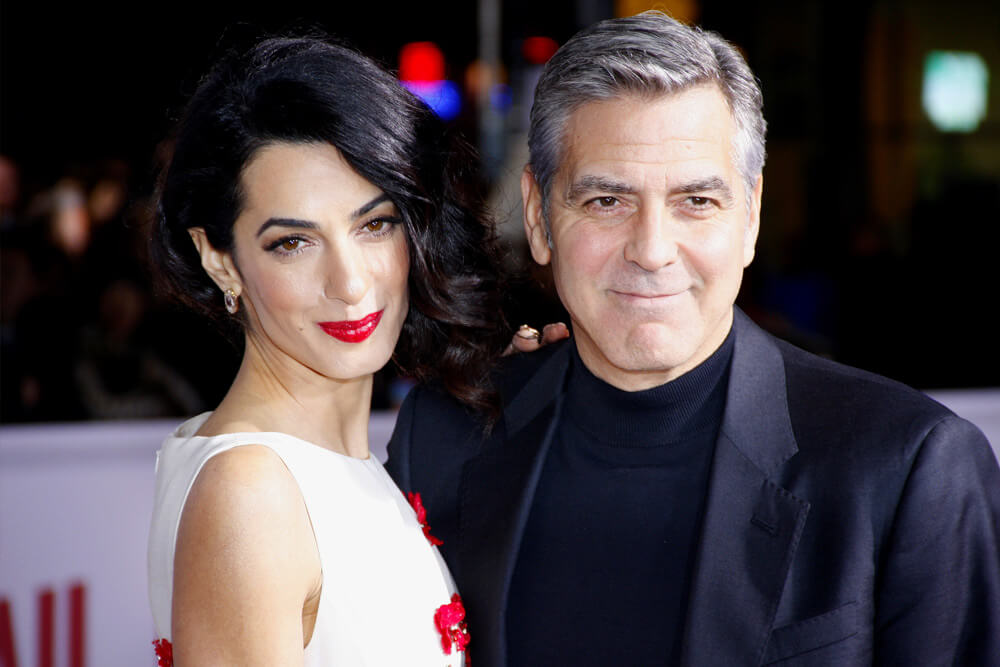 Whenever two big celebrities get married, the whole world seems to be in awe of the new power couple.

Their love story becomes a shared experience among themselves and their fans, who have been rooting for them since they were just a rumor.

But every now and then, when a celebrity marries someone from the pool of common people, it appears to have an even stronger appeal to the fangirl/fanboy crowd. Maybe it’s the shared belief that they also might have a shot with their celebrity crush?

In this list, we’ll take a look at the celebrities who found their partner the old-fashioned, romantic way while giving hope to billions of normal folks around the world.

Black Swan is not only a career-changing movie for Natalie, but it brought a mega-turn in her personal life as well.

It was on the set of this movie where she met her future husband, Benjamin Millepied. Benjamin was the choreographer who taught her all her routines, and within that one year, the two became serious about each other.

When Natalie won the Oscar for her hauntingly beautiful portrayal, she dedicated it to her “beautiful love” and their newborn child.

Some celebrities just don’t have any haters. Paul Rudd is one of them. Paul had just come to NYC and went to meet his publicist Julie.

Since he was getting late for an audition, Yaeger asked to take care of his luggage so he could go. This year marks their 26th wedding anniversary and overall 34 years with each other.

Before meeting Amal, George was the “eternal bachelor.”

Female superstars like Sandra Bullock, Jennifer Anniston, and Julia Roberts all had a crush on him at one point, but it never materialized into anything.

Then he met the extremely accomplished humanitarian lawyer Amal Alamuddin who once came to his house, and it didn’t take George long to put a ring on it. Now, the couple shares twins, Ella and Alexander.

According to many, she is unarguably the greatest actress of the century. Meryl was madly in love with her boyfriend, a guy named John Cazale, but sadly he tragically passed away due to lung cancer.

While she was in mourning, his friend Don Gummer came to help her with the packing. After this, they kept exchanging letters till they got married. Whenever Meryl wins an award, she never forgets to thank her biggest supporter, her husband, Don.

Jennifer Lawrence met art dealer Cooke through a mutual friend in 2018. It took them exactly one year to take the plunge, and they got married in the presence of 150 people in Rhode Island.

Anne Hathaway is one of the most beautiful actresses in the entertainment industry. She has been the dream girl of millions around the world. But in 2008, when Anne met a guy named Adal Shulman at a movie festival, she instantly knew that’s the guy.

Right after meeting Adam, an actor turned jewelry designer, Anne told her friend that she would marry this guy, and in 2012 she finally did.

The couple had their first kiss on a Ferris wheel ride in Coachella, and since then, they have been successful in keeping that spark alive. Now they are married and the parents of a beautiful baby girl.

Lake met Scott on the set of her show “How To Make It In America.” He was a tattoo artist. Today they are happily married and have two amazing children.

Fatima, a writer, and Riz, an actor/rapper/music producer, make one of the best celeb couples in Hollywood. They met at a coffee shop while trying to plug their charger into the same socket.

Due to the ongoing pandemic, they got married in his parents’ backyard.

When Ariana was looking for a house in LA, she had no idea what else she would find. After seeing a picture of the real estate developer Dalton Gomez. Ariana asked her team to fix a meeting in person, and today they are both residing as husband and wife in that house.

Eddie and Hannah first met at a school event. Redmayne walked for the fashion show at his boarding school charity event, and Hannah noticed him for his confidence. Then they formally met at the after-party and became best friends. It took them 12 years to realize that this friendship could be turned into something more, and long story short, they finally tied the knot in December 2014.

The actor/film producer met Hilaria when they both went out to dinner with some mutual friends. They took things slow at first, but today they are a big family of two parents and six children. Before he met Hilaria, Alec always thought he’d stay alone forever.

The musical icon married his high school sweetheart nearly forty years ago. Since high school, Dorothy has been rooting for him to become a global superstar. She has called it her superpower that she can identify the potential.

Matt was a big-shot movie star, and Luciana was a bartender at a club in Miami. Matt was tired after a long day of shooting, and the crew insisted he gets drinks with them. He saw Luciana from across the room and fell hard for her. Today they have been married for sixteen years and are parents of four wonderful children.

Kevin was a mega pop star, and Danielle was a makeup artist/hairdresser. Soon after meeting her, the Jonas star didn’t waste time and got married. After twelve years and two children, some might say Danielle is still living her best life.

Christian met Sibi via Winona Ryder, as she was her personal assistant. Soon they began their whirlwind romance which resulted in them eloping in Vegas. Their wedding was officiated by an Elvis impersonator. The couple leads a fairly private life and hardly shares anything about their life.

When the owner of the Sunshine Production company was being bothered by someone at a dinner party, a talent agent, Jim swooped in like a hero and saved her.

Soon the two started talking, and the next year they were saying “I Do” in front of their friends and family. The Legally Blonde star was previously married to fellow actor Ryan Phillippe with whom he shares one daughter.

Ryan and Ferrara met when they were studying together at USC. He had asked her to be in one of her student films. Their love story finally reached its destination in 2011 when they tied the knot.

Since 2008, Gal has been happily married to the real estate agent Yaron Varsano Yaron is incredibly proud of his superstar wife and has been his biggest fan since he met her. The couple has just welcomed their third child, and they couldn’t have been happier.

Julia Roberts ruled the silver screen in the 90s with her million-dollar smile and fine-acting chops. While every woman dreams of marrying the hero, Julia’s eyes catch someone who works behind the camera. She met the cinematographer Danny Moder while shooting for her movie “The Mexican,” and today, they have been blissfully married for nineteen years.

The Friends star tied the knot with the British artist in 2010. But sadly, in 2017, the couple announced their split. After the reunion, the whole world is rooting for David and Jennifer, but only time will tell if this time they’ll be together for real or not.

Tina met Jeff at a comedy improv group. The couple said their vows in 2001 and have been going strong since then. While Tina is one of the most successful female comedians of her time, Jeff is a pianist.

When they met, Jessica Sklar was already married to a theatre producer Eric Nederlander and had just come back from her honeymoon. She then soon filed for divorce from Eric and then married Seinfeld in 1999.

Since then, the couple has maintained that they didn’t do anything wrong as Sklar’s marriage was already over, and they just happened to meet each other at a rather odd time.