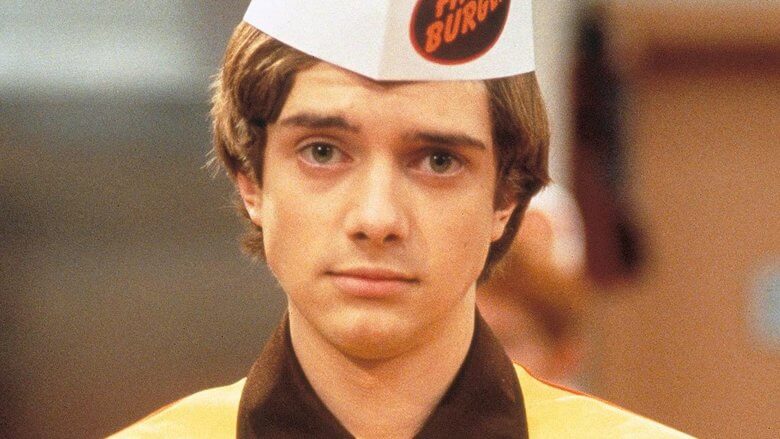 Debuting on August 23, 1998, on Fox, That ‘70s Show was undoubtedly one of the most beloved TV shows of the century. The teenage group of friends from Wisconsin had a lot to offer in terms of entertainment.

They made us laugh, gasp, and cry in equal measure. Their comic adventures expertly depicted the fun and thrill of the ‘70s culture.

Looking back at the characters now (especially Laura Prepon, Mila Kunis, and Ashton Kutcher), it is hard to imagine that they were once that young and sweet. The sitcom had everything to love and nothing to hate.

Well, except the fact that Eric Forman (played by Topher Grace) made an unexpected exit at the end of season 7. He was the highlight and fans took time to adjust to his absence on season 8 of the sitcom.

Why Was The 70s Show Canceled?

After airing for eight seasons, Fox canceled the popular show, much to fans’ dismay. However, it wouldn’t be an exaggeration to say that once Eric Forman left, it was really the beginning of the end for the sitcom.

Not only was Forman the main figure; the focus of the show was his basement. Besides Eric’s departure, there were other reasons why the show was canceled.

For one, the cast got a little older to be hanging out in the basement, smoking pot. The show first aired in 1998 and as it progressed, it was difficult to hide the fact that Eric and his clique were aging out of their roles.

Topher was not the only one to exit through.

As he matured out of his role, Ashton Kutcher who played Michael Kelso also transitioned to film with his earliest gigs being in movies such as Guess Who and The Butterfly Effect among others. I’ve you’ve been keeping track, Kutcher is now an established tech entrepreneur and investor!

Danny Masterson, who played Steven Hyde was not left behind either and launched his career in film, landing lead roles in flix such as Puff, Puff, Pass, and Dirt Merchant just to mention a few.

The girls, primarily Laura Prepon who portrayed Donna Pinciotti and Mila Kunis as Jackie Burkhart, also went on to have thriving careers.

Prepon is best known for her roles in Orange is The New Black, The Sopranos, and Summer Catch, while Kunis landed roles in hit films including Black Swan. She also did a voice-over for Mega in the popular adult swim the Family Guy.

Fox Shifted Focus And Ratings For That 70’s Show Fell

Toward the tail end of the sitcom, Fox had already begun to bag increasingly popular shows including American Idol, which aired every Tuesday and Wednesdays and brought over 30 million viewers. It was also during this time that the medical drama House was taking over Fox’s airwaves.

Other Fox specials that began to edge out the once-popular sitcom, including adult swim hits, such as American Dad, Family Guy, and The Simpsons.

The final nail in the coffin came when the broadcaster moved That 70’s Show to air on Thursdays at 8 PM, which was around the same time popular shows such as Will and Grace and Survivor aired.

After showrunners began leaving, That 70’s Show producers tried to keep things going by bringing in new characters, notably Josh Meyers, who played Randy Pearson. However, the remaining gang was not as exciting as the old Wisconsin clique that fans had grown accustomed to.

Inevitably, fans lost interest and the show faded into oblivion leading to its eventual cancellation in its eighth season.

But Why Did He Leave the Show, Anyway?

Topher Grace was only 20 when he joined the show as Eric Forman. It didn’t take too long before fans fell in love with his character. He was relatable and charming to watch. As a matter of fact, his announcement to leave the show after the seventh season baffled the producers who weren’t very sure what they would do after his exit. The thought of replacing him crossed their minds, they later decided against it.

Instead, they added another crew member, Randy Pearson, and Topher was invited to take part in the finale which he happily did.

According to That ‘70s plot, Eric left for Africa to pursue a lifelong dream of teaching English in Africa. However, the charming actor really left the show to try his hand in Hollywood. He felt that the show didn’t quite do justice to his acting talent and wanted to spread his wings a little more.

A huge gamble that eventually paid off in the end.

If you’ve kept tabs with Grace, you know he has been featured in a number of Hollywood films, such as Spider-Man 3, Win a Date with Tad Hamilton, In Good Company, and 2019’s Spider-Man: Far From Home.

It’s been two decades since Topher Grace joined the film industry. Although he broke our hearts by leaving That ‘70s show, he seems to be doing well for himself. He certainly got what he was he was looking for. He does appreciate the exposure and experience he got as Eric on the teenage sitcom, saying it was a stepping stone for him and made sure he wouldn’t have had to worry about money ever again.

In a 2018 interview, the actor said he’s lucky to have been a part of the show. Although he’s taken on smaller roles, Topher has worked with amazing filmmakers, producers, and directors in the industry, such as Spike Lee and Christopher Nolan.

Most recently, he starred in Spike Lee’s BlacKkKlansmanan, where he portrayed David Duke, former leader of the Ku Klux Klan, making this one of his best performances on the big screen.

The hunk also made an appearance in season 5 of the Netflix hit, Black Mirror, where he played Billy Bauer, the CEO of the social media company, Smithereen.

Away from the big screen, Topher is a husband to fellow actress Ashley Hinshaw, who is best known for a leading role in the film About Cherry (2012) and the series StartUp.

The two are parents to three-year-old Mable Jane Grace and are expecting baby number 2. While attending the Art Of Elysium’s 13th Annual celebration in January, Hinshaw showed off her growing baby bump on the red carpet where she was accompanied by her husband. Congratulations to the cute couple on their growing family!

Now you know why the leading actor of That ‘70s Show wasn’t there in season 8 as he should have. Topher Grace decided to dip his feet in other waters and despite it being a risky move, it eventually bore results. Good for you, Grace!