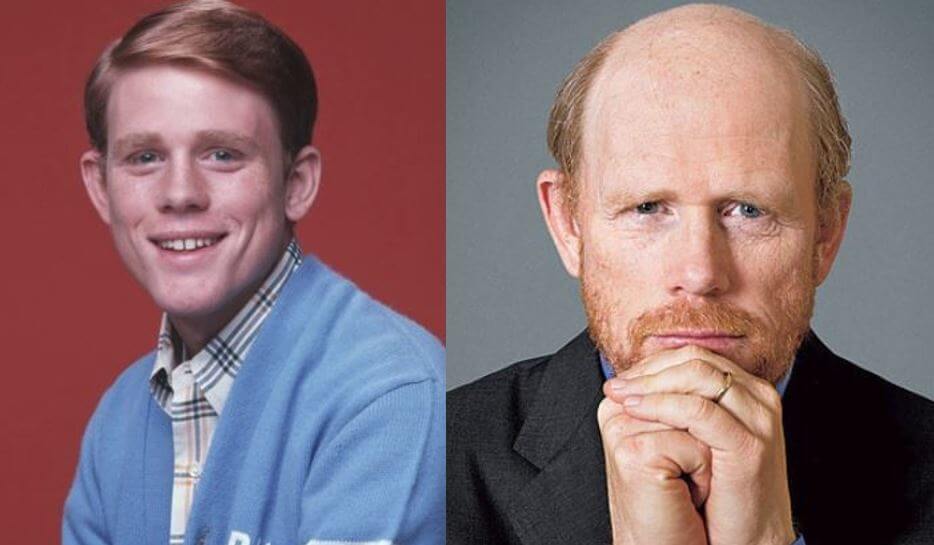 When a discussion about the most popular comedy TV series in the 1970s comes up, Happy Days quickly springs to mind. The classic ABC comedy series premiered in 1974 and the last episode signed off in 1984.

The TV series was perfect for family viewing and still appeals to the 1970s audience who remember it vividly. The new generation of teenagers however might not care for the scenarios it depicts, as well as the language used at that time.

In 1968, he featured in one of the Land of the Giants episodes. He also played a role (Steve Bolander) in the 1973 film American Graffiti.

By 1974, his now larger footprint in the film industry earned him the lead actor role in the classic comedy series Happy Days.

Interestingly, he agreed to play his Richie character so he wouldn’t end up getting drafted for the Vietnam war. Before signing on for the show, Ron had already been thinking about enrolling with USC’s School of Cinematic Arts. He was now worried about the fact that the military was not accepting “college deferments.” What could save him was a “work deferment” instead. Luckily, he ended up getting hired by Paramount and escaped being drafted.

After 6 sucessful years with Happy Days however, he shockingly left the show in 1980.

The seventh season of Happy Days was the last season in which Ron Howard, along with his cast partner Donny Most appeared on the popular TV series. They decided to leave to pursue other interests.

Ron Howard left to focus on his long-term dream: Directing. In fact, while acting in Happy Days, he was working behind the scenes as a writer, director and producer.

In 1977, he directed his first movie called Grand Theft Auto, a low-budget action/comedy film. His breakthrough as a director came in 1982 when he directed the Night Shift that featured Michael Keaton, Henry Winkler and Shelley Long.

His determination to become a successful director and producer paid off because he later on produced great films, such as Cocoon in 1985, Willow in 1988 and Apollo 13 in 1995. Finally,  A Beautiful Mind won him an Oscar award for best director.

However, Ron Howard didn’t leave Happy Days completely. He loaned out his voice talents to the popular YouTube cartoon series called The Happy Days Gang, which was narrated by Wolfman Jack. Him and Donny Most also agreed to guest appearances in the “Welcome Home” episode of Happy Days, which aired during the show’s eleventh and final season. In addition, Howard also appeared in the series finale in 1984.

Today, Ron Howard is happily married to Cheryl Alley (a writer) and they’ve been blessed with 4 children. In fact, 3 of their children, including their daughter Bryce Dallas Howard (a successful actress), are actors.

Besides directing, Ron Howards plays other roles in the film industry, including the co-chairman of Imagine Entertainment, a renowned TV and film production company.

The company has produced many films, including 8 Mile, Friday Night Lights, Inside Deep Throat, and TV series, such as Felicity, 24 and Arrested Development. Although he’s 65 years old today, he’s still playing an active role in the film production industry.