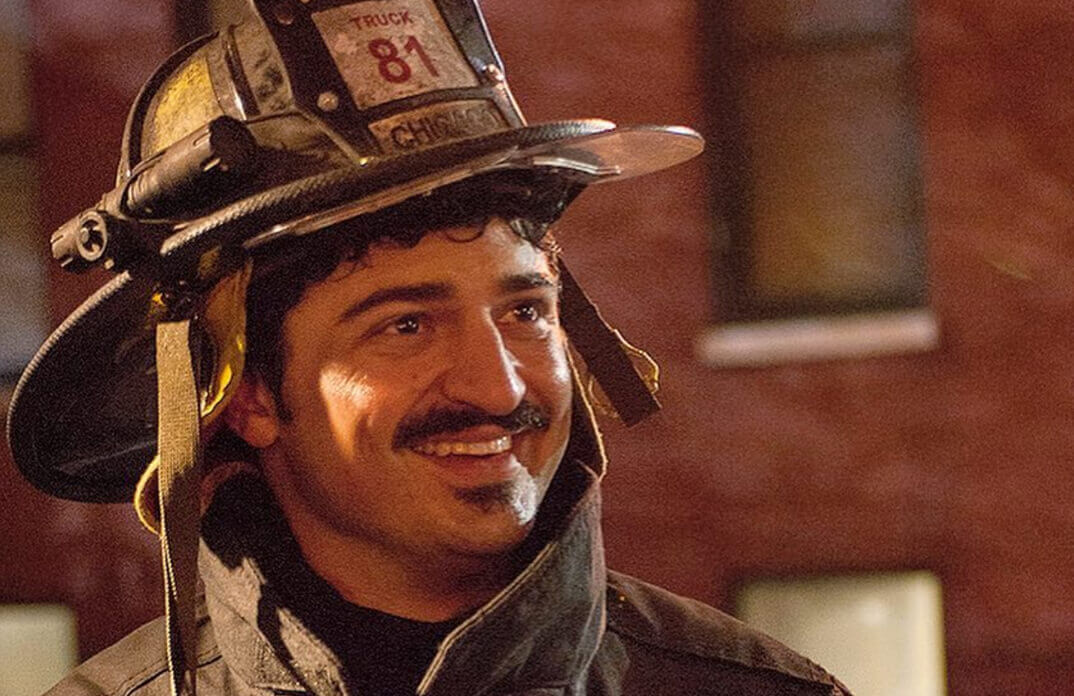 Brien Otis was the show’s biggest hero and the show continuing without him seemed futile for Chicago Fire.

Despite the potential damage from a drastic change, the series, which became a lot gutsier over the years, was seemingly not afraid to kill off their main characters.

Whether the show intended to satisfy drama-thirsty fans, or there were deeper issues to it, here we reveal the reasons why Chicago Fire’s writers thought it necessary to kill off the longtime series character, Otis.

Why did Otis Leave Chicago Fire?

With an increasing request from viewers for the series to illustrate the consequences of firefighters and paramedics risking their lives to save people regularly, producers finally felt the need to listen to viewers’ concerns.

However, producers decided the series regular would be the one to bear the consequences, and we do not think fans were ready for the heartbreak they would face from losing their favorite character.

The series writers decided Brian “Otis” Zvonecek would die in a huge factory fire in the eighth season premiere to raise the stakes higher after the show’s viewers became used to seeing previous cliffhangers emerge from dangerous situations just fine.

In an interview with TV Line, the showrunner and co-creator Derek Haas revealed their decision came from the need to put the grills back in a show that became predictable and to show that the dangers of firefighting are real.

For their idea to bring about as much emotional toll as possible, the show had to choose a character that was relatable to everyone both on-screen and off-screen.

“There were other candidates including Ritter (Daniel Kyri), but he had only been around this last season. For it to be a real surprise, you need it to be a core cast member,” Haas explained.

“We thought that Yuri affects everyone in the house as well as fans. I had seen a memorial at an LA firehouse, and I thought that’s something we’ve never done before. I was thinking how could he be remembered, so I had the memorial as the ending in my mind and worked backward from that,” Haas said.

According to Asking Lot, Yuri was not the only star to be leaving the Chicago franchise. Chicago PD star Jon Seda and Chicago Med co-star Colin Donnell and Norma Kuhling were also preparing to say their goodbyes.

How did Yuri react to his departure?

According to Derek Haas, Yuri was not in favor of the show killing off his character. He, however, took the blow graciously and professionally. Haas knew Yuri from a while back, having cast him for a movie he wrote and produced while Yuri was still in college.

As Yuri understood dynamics in creative choices, he eventually agreed to shoot his final scene in the season eight premiere.

Haas, who watched Yuri’s career grow, said he was not worried about the star’s career direction after the show. “He’s nothing but upward from here. If anything, that will let him stretch; he does theater, and he’s a good writer. It will be fun to say he started on Chicago Fire.”

In an interview with Chicago Tribune, Yuri revealed that after leaving the show, he would concentrate on what has been for a few years now on-and-off writing. Only time will tell whether his writing will be channeled into film, television, or a book.

Yuri Sardarov, aka Yuriy Sardarov, is the son of musicians and is of Georgian and Armenian descent. He moved to the United States at age two. Yuri was named after his grandfather, with whom he shares a close bond. Due to Yuri and his grandfather sharing a name, he added a “y” at the end of his first name to make a differentiation.

Yuri spent his teenage years in Northbrook, where he attended Glenbrook North High School. Yuri went to college at the University of Michigan and, at some point, took a semester off to perform in TimeLine Theatre’s critically acclaimed 2009 run of The History Boys.

After completing his work with the show, he returned to college to finish up his degree. From there, he moved to Los Angelos and where he was cast for Chicago Fire.

Recalling why he had hired Yuri, Chicago Fire showrunner Derek Haas said, “[He] had sharp, puckish energy from the moment he walked into the audition. [Yuri] could handle dramatic turns within scenes from comedy to drama and back again effortlessly.”

Into comedy, Sadarov took up classes at The Second City, an improvisational comedy enterprise.