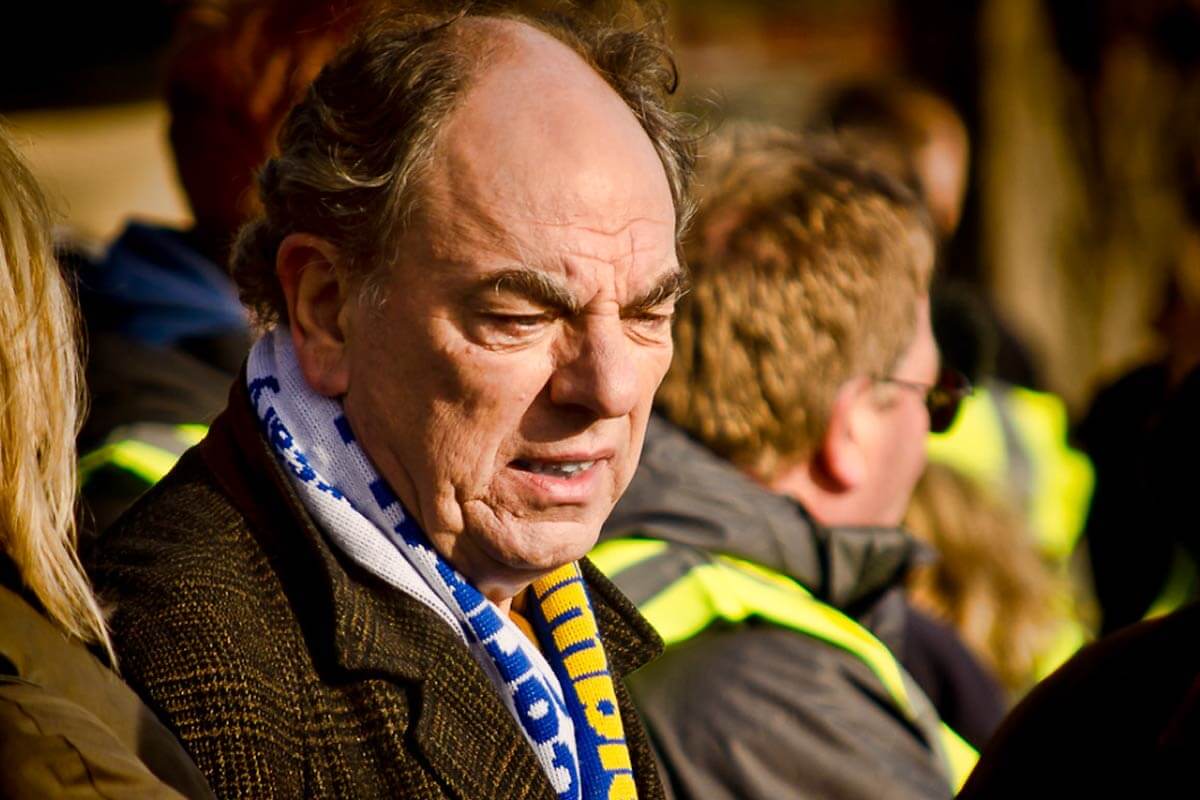 Alun Armstrong perfectly plays the role of Brian Lane, a meticulous detective and recovering alcoholic with obsessive-compulsive disorder. Armstrong was one of the original cast members who made BBC’s Channel 1 New Tricks such a hit for close to a decade.

Most fans will admit that they did not see Alun’s exit coming– it was a total shock and probably a deal-breaker for the show. His departure would be the third of the original cast members after James Bolam and Amanda Redman quit, leaving Armstrong and Dennis Waterman.

Armstrong didn’t quite give a reason for his departure, leaving fans worried about the future of the popular police procedural series.

Read on for the latest details on why Alun Armstrong left New Tricks.

Why Was “New Tricks” Cancelled?

Alun Armstrong’s exit from New Tricks seemed like the beginning of the end for the series. The British police detective show debuted in 2003 and ran for 12 years before coming to a quiet end in 2015.

The BBC Channel 1 show had many storylines, but it generally centered around three retired police officers called back to help solve cold cases. The addition of comedy and drama set this series apart from the usual detective, and unsolved crimes show.

New Tricks became one of BBC One’s highest-ranking shows but began losing viewership toward the tenth year. The series finally ended at the 12th series and after 107 episodes.

The UCOS team investigates the brutal murder of a doctor who was killed seven year ago. They explore interesting topics such as cryopreserving bodies, which involves freezing them so they don’t decompose.

The season finale of the crime drama was not as dramatic as fans expected. The episode simply featured a humdrum cold case, no different from other cases, about a murdered mental health and political activist.

Critics suggested that the season finale went uncelebrated because it had run out of steam. New Tricks was no longer the show it used to be, as all the original characters were gone and replaced by just any ”grey-haired actor” the BBC would land.

The departure of James Bolllam, a dogged sleuth, followed by Alun Armstrong and Amanda Freeman, certainly cast a dark cloud over the show, and it was only a matter of time before New Tricks was canceled.

Alun Armstrong depicted the character of Brian Lane, an old detective with a surprisingly good memory that earned him the nickname ‘Memory Lane.’ Brian’s also a strong AFC Wimbledon supporter. After playing this role since 2003, when New Tricks debuted, Armstrong quit after the ninth series.

His decision to leave came months after one of the original cast members, Amanda Redman, announced that she would pull out of her role on the show as Sandra Pullman (no pun intended) after the 10th series.

After Bollam quit, Armstrong was adamant that the rest of the cast was happy and would continue with the show.

Then came the bombshell: Alun Armstrong suddenly left the series himself! Initially, he tried to stay mum about his reasons for quitting and even downplayed his exit, hoping fans would just let it slide.

But, New Tricks was a big deal, and it kept audiences thoroughly entertained for the longest time. There is no way Armstrong would get away with just upping and leaving!

Alun announced he was leaving New Tricks hours after one of the writer-director complained about the cast claiming that the show’s writing had become dull and that the actors had to change the script to add more oomph.

The previous season 8, was the show’s most successful, with extraordinarily high ratings. In an interview with Radio Times, which was supposed to be promoting the new, upcoming ninth season, the show’s stars instead poopooed on the series, saying the writing was no longer as good.

In particular, Amanda Redman expressed her disappointment with the writing, saying that she’s missing the anarchy in the characters.

Armstrong agreed With Amanda Redman’s comments, adding that he was not excited about his character’s scripts in the police procedural. Waterman shared his thoughts, too, saying, “People are not as stupid as writers think. We all want to move to Copenhagen and get the chance to do great television,” referring to the successful Danish TV dramas such as Borgen and The Killing.

In the interview, the stars claimed to have written some parts of the scripts all on their own. Armstrong said, “When we felt the story did not work or some parts could be improved and the writer wasn’t around, we would rewrite the script ourselves.”

These comments angered Julian Simpson, the writer-director for the first episode of season nine. Younger than the cast, Simpson lashed out on Twitter, saying: “A New Tricks episode I wrote and directed airs on Monday. I can tell you how much of it the actors wrote: not a f***ing comma.”

Simpson added that the cast had contributed “a big fat zero” to the new season’s second episode. He went on to sarcastically suggest that he would stop writing and let the cast take over his scriptwriting job.

“I was going to be writing today but I am just going to hand the actors a pad and pen. I wish I had learned this 15 years ago.”

The writer added, “I get on phenomenally well with the New Tricks cast. I just don’t appreciate actors speaking out of turn, and they know that.”

Veteran TV writer Maurice Gran came out in support of Simpson, saying that the New Tricks actors had succumbed to a common mental illness, saying, “They are deluded that they write the show’s script.”

He noted, “As any writer will tell you, there are good actors and bad ones. Good actors know they are nothing without a brilliant script. On the other hand, bad actors think they are making it (the script) up themselves.”

Initially, Armstrong tried to distance himself from his comments during the interview stating that the cast and everyone on the team has been one big happy family since the series debuted.

Upon quitting the famous British mystery television series, Alun stated, “Although I am very sad to leave, I am also looking forward with excitement to the new challenges the future will bring.”

After all this drama, we can conclude that Alun Armstrong left New Tricks because the writing stagnated. There were rumors about the producer’s highhandedness and interference with the show’s production.

He left a great legacy for contributing to making such extraordinary television. But the future is definitely bright for Alun Armstrong!