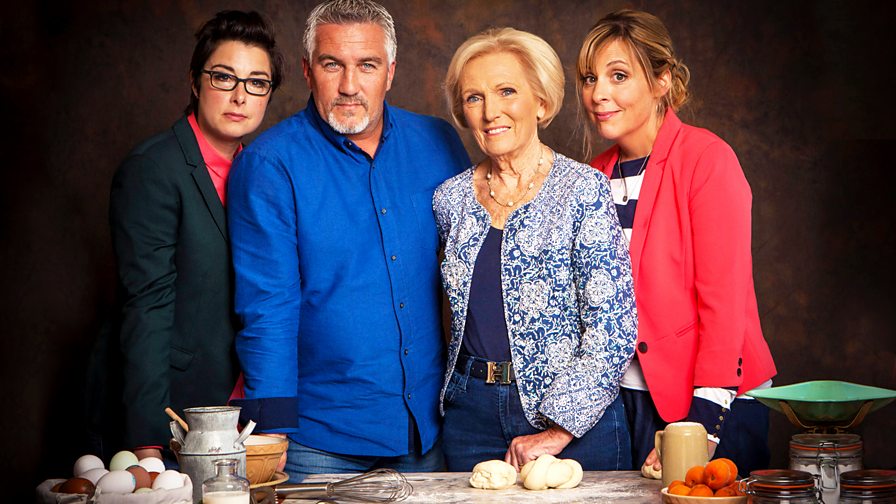 The Great British Bake Off (in short GBBO or Bake Off) is one of the most thrilling, fun, and emotional shows on TV today. The weekly challenges, trials and tribulations, watching amateurs become pros with each passing week—everything about the show is pure entertainment. While the bakers contribute to the show’s popularity to a large extent, it’s the hosts that take it to a whole new level.

The original hosts of the show Mel Giedroyc, Sue Perkins, Mary Berry, and Paul Hollywood arguably made Bake Off what it is now. They brought their A-game and treated fans to a worthwhile experience on the show. Unfortunately, all but Paul have quit GBBO.

Sue and Mel were the first to resign when the show moved from BBC to Channel 4. Mary Berry followed soon after leaving Paul who decided to move channels. Sandi Toksvig, a replacement of one of the hosts has also since left. This begs the question: What happened to the hosts of GBBO?

Many people are unaware of this but on the first day of filming, Mel and Sue were ready to take a walk. They actually handed in their resignation letters citing a toxic working environment. According to the dynamic duo, the show’s producers were cruel, intrusive, and unkind. Perkins spoke to the Radio Times and said “We basically resigned because it was not the kind of show we wanted to be a part of.

The producers pointed their cameras in the faces of bakers and made them cry. They would ask them questions about their dead grans to induce emotions.” We are cheesy and homespun. We love to laugh. Who enjoys seeing people cry? We certainly don’t, especially knowing the strategies used to make the bakers cry.” Luckily, the producers had a talk with the hosts who decided to host Bake Off from 2010 to 2016.

After a couple of years on BBC, the Great British Baking Show was moved to Channel 4. By this time, GBBO was essentially a BBC staple but hey, these things happen. The biggest undoing of the producers of the show is announcing the move on TV before talking to their hosts about it.

As you might have guessed, this didn’t fly too well with Perkins and Giedroyc. The pair said: “We certainly wish the Bake Off show the very best. However, it would be utterly impossible to carry on with the show under the circumstances. No antagonism but if we are to find out news of this magnitude on TV, we wonder if we were a team in the first place.”

Clearly, the duo felt left out and sidelined by the very people that they considered family. Sue and Mel have been friends since their college days (32 years ago), so when you see them making decisions together, don’t be surprised. They claimed that working for Bake Off was an amazing time. “Watching the show rise like Latvian baps is cool but we don’t want to be a part of the dough going forward.” They said. The two long-time buddies are already leading cast members in the comedy Hitmen starring next to each other.

Mary left the show soon after Mel and Sue had announced that they didn’t want to be a part of it anymore. This one could be a case of loyalty to her friends or the very same reason the first hosts left. Whichever it is, Mary is also keen to point out that being a Bake Off host for seven years was a privilege and an honor. She had this to say, “The Bake Off family – Sue, Paul, and Mel have made me laugh and given me a lot of joy.”

While Mary made her exit on Bake Off, she’s still very much on TV, specifically on BBC. She claims that the channel has nurtured her talent and given her a platform to shine her light to the world. Mary’s delicious recipes are abundant on TV. Recently, fans have demanded to have Mary come back to the show. Well, time will tell.

With Mary, Mel, and Sue’s exit came the dire need to replace the hosts. Paul Hollywood was the only one left on the table. A decision was made to bring in Noel Fielding, Prue Leith, and Sandi Toksvig. Toksvig is a British-Danish comedian, writer, actor, broadcaster, and TV/radio producer.

After being on Bake Off for three years, he too has quit. He made the announcement early January 2020 to the utter dismay of fans. His sole reason for quitting is to get time to “focus on other projects” The talented star claims that he needs time to host adult literacy, a Channel 4 upcoming series. Like Mary, Sandi says that spending time with Paul, Prue, and Noel has given her a lot of pleasure and helped made her form friendships that go beyond television.

Mel Giedroyc, Sue Perkins, Mary Berry, and Sandi Toksvig made substantial contributions to the Great British Bake Off show. They made it fun, deeply entertaining, and value-packed. Their replacements found it hard to fill their big shoes at first but over time, they’ve won the hearts of fans. That notwithstanding, the fans will always have a special place in everyone’s heart.