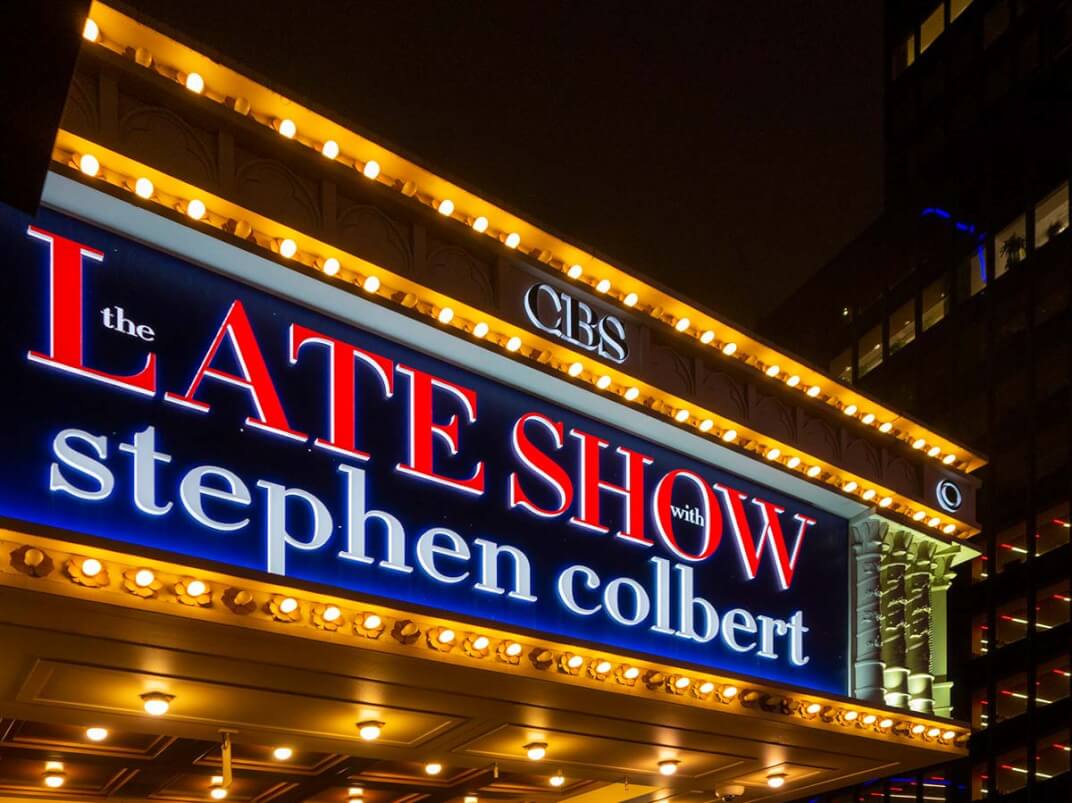 Aside from the wicked humor and entertaining guest appearances, the Stay Human band is one of the most appealing aspects of The Late Show With Stephen Colbert.

Colbert began hosting the show in 2015, and it has since become one of, if not the most popular late-night talk shows, surpassing the likes of The Tonight Show Featuring Jimmy Fallon and Jimmy Kimmel Live!

Everyone in the band is excellent, and they all work really well together. But, The Late Show fans will agree that the cowboy drummer stands out the most. His name is Joe Saylor.

Unsurprisingly, when Joe Saylor didn’t appear on the show for two consecutive episodes, hawk-eyed fans couldn’t help but wonder what happened to the drummer on The Late Show.

Read on as we reveal the true story of what happened to Joe Saylor from the Late Show band.

Who is Joe Saylor?

Joe Saylor is well known for his role as the longtime drummer on The Late Show With Stephen Colbert. In addition to his band gig, Saylor is a professional jazz musician, percussionist, and educator.

He plays percussion in Stay Human, the house band for The Late Show, and is also a regular in various festivals and jazz clubs in and outside the USA. As an educator, he teaches jazz workshops in renowned institutions such as Stanford University and other colleges.

The house drummer has been honored to perform at the White House, Webster Hall, Howard Theater, Lincoln Center, and Great GoogaMooga, to mention a few. Some artists he has recorded and performed with include Ellis Marsalis, Dwayne Dolphin, Wynton Marsalis, Phil Kuehn, Jon Faddis, Roy Hargrove, and many more.

An Indiana, Pennsylvania native, Joe Saylor was born into a musical family. His parents, Paula and Nevine teach music in the Indiana Area School Districts, and so does his brother Ben.

Saylor began playing drums when he was three years old. He graduated from Indiana Area Senior High School in 2004 and attended Julliard School and the Manhattan School of Music.

Where Is Joe Saylor From The Late Show?

Joe Saylor is still a drummer on The Late Show’s Stay Human house band. He had taken a hiatus for two episodes, and his fans were worried that he was sick, probably with COVID-19.

Neither Joe nor Stephen commented on his whereabouts during the long hiatus. Some fans had noted that Joe looked unwell in the previous episode, prompting rumors that he was dealing with a health issue.

Fortunately, the incredible drummer returned to the show in one piece and looked as good as he always had. It would be hard to tell if he had taken sick leave because he didn’t look sick or weak when he returned after his hiatus. So he probably did not have COVID-19 or other problems with his health; if he did, he bounced back pretty well.

Did Joe Saylor Have A Baby?

There were speculations that Joe Saylor left The Late Show because he and his wife welcomed a baby into their family.

It is hard to know whether Saylor got a new baby because he is not on social media, and there has yet to be any public announcement about this addition to their family. It is clear that Saylor prefers living a private life– he’s never even announced on social media who his wife is.

But, if Saylor and his wife were having a baby, you’d think Colbert would announce the good news. So, we’re still determining whether the drummer left to care for his family and preferred to keep things private or this was just a rumor.

What is really important is that Joe Saylor is back on the show and playing in the band, doing what he does best.

In other news, Jon Batiste, the founder of the Stay Human band, where Joe Saylor plays, has left the show after seven years of entertaining viewers. The good news is that the band remains intact, with all the old members playing their respective instruments.

Louis Cato is now the new bandleader on Stephen Colbert’s show after standing in for Jon Batiste for a while. Why is Jon Baptiste leaving? According to Colbert, the bandleader is leaving to pursue professional and personal commitments.

In addition to leading the band, Batiste composed the theme song for the Academy Award-winning film, Soul.

Jon recently did well for himself by winning five Grammy Awards in 2022. He won Album of the Year for We Are, his eighth studio album, Best Music Video for his Freedom song, and Best Score and Visual Media for Soul for a track he co-wrote with Attis Ross and Trent Reznor. Batiste also received Best American Roots Performance and Song for Cry.

Colbert said he’d miss his friend Jon but was very happy that he got Louis, whom he hailed as a musical genius.

“Louis has done an excellent job standing in for Jon as an interim bandleader. Because he is very humble about his incredible talent, he won’t say this. But I will. He is a musical genius and can play any instrument.”

In a press statement, Cato said, “‘It has been a great honor working on this show alongside the most talented and creative musicians. Learning from Jon and Stephen, I am excited to keep on with their tradition of excellence.”

Cato is a multi-instrumentalist, songwriter, and producer. The Grammy-nominated band leader has worked with the likes of Mariah Carey, John Legend, Beyonce, Jon Scofield, and many more.

According to his bio, Louis was born in Portugal and raised in the Carolinas, where he started drumming when he was two. By age 12, he was already playing wind instruments.

Good on you, Cato! As for Joe Saylor’s fans, now you know that nothing bad happened to the handsome cowboy drummer, and he is still part of The Late Show band.