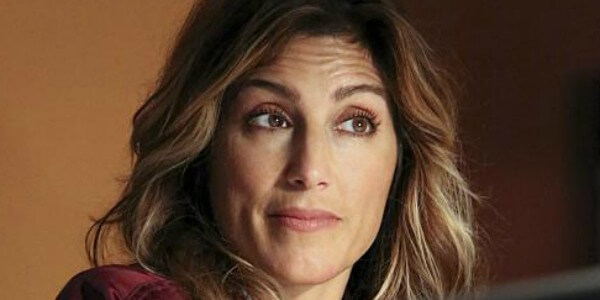 A lot of TV shows end on cliffhangers, some by cancellation and others by design. Regardless of the reason, it often leaves many fans wondering about what’s coming next or what really happened.

While fans eventually get answers when a showrunner spills the beans, they are sometimes left in total limbo.

If you are a fan of NCIS, I bet you remember how the 14th season had a multitude of cliffhangers. In particular, the cliffhanger which involved Agent Alexandra Quinn remains the most memorable considering that it led to her exit from the show.

And speaking of Quinn’s departure, what exactly happened? Why did she leave the Naval Criminal Investigative Service?

Quinn’s First Appearance on the Show

Agent Quinn first appeared in Season 14 premiere after Agent Tony DiNozzo resigned to take care of her baby in France. While she was still a Law Enforcement Training Center instructor, Quinn was persuaded by her friend, Leroy Gibbs, to return to fieldwork, a life she thought she had left behind.

Alongside her friend, Quinn quickly cemented her place in the NCIS’s Major Case Response Team and became a favorite among CBS viewers. Unfortunately, she didn’t appear in the show beyond the season.

When the fans of the show became frustrated to lose their beloved agent, there were speculations that actress Jennifer Esposito could have been fired. Well, this wasn’t the case as the star confirmed in a past interview that there wasn’t any kind of drama with her co-stars or the network.

Esposito has also stated that her experience on the show was good and that she ‘couldn’t have asked for a better opportunity than to work with the NCIS’ cast and producers’.

Since most of her fans were keen to find out what happened, a host of other rumors started, including some that suggested that the actress was suffering from some illness. However, Esposito took to Twitter a few weeks before Season’s 15’s premiere to dispel such rumors and reveal why she exited the show.

In a June 10, 2017 tweet, the actress stated that illness wasn’t the reason why she departed. She said: “No I am not sick, but I really appreciate your concerns. Perhaps I wasn’t meant to be there for long but I’m happy.”

Calls from Her Mother

Although the actress doesn’t give further details about her departure from the show, it has been presumed that she left the show to take care of her ailing mother as she was incapable of juggling NCIS’ demanding hours with full-time care.

In the NCIS Season 14 finale, the actress received two calls from her mother. Since the content of the calls wasn’t revealed, they have been presumably used to explain her exit from the show. If anything, she had already shared (with her close friends such as Torres and Gibbs) her fears about her acting role getting in her way of caring for her mother.

Although Esposito’s time on NCIS was short-lived, it appears she made a memorable impression for her fans. Viewers have been asking a lot of questions about her departure from the series. The good news is that the actress has moved on to achieve a lot of success elsewhere.

She has authored two bestselling books, Jennifer’s Way Kitchen and Jennifer’s Way. She also continued with her role on NBC drama, Blindspot, and landed a role in Speed Kills and Amazon Prime’s The Boys.