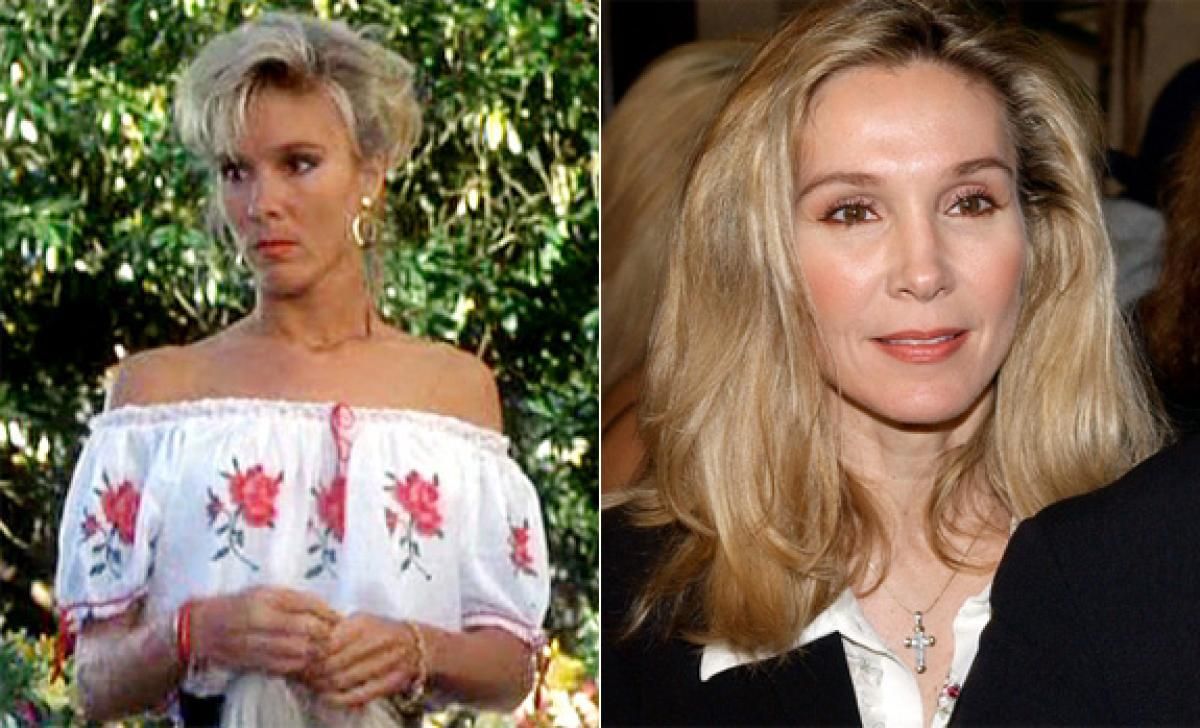 Dirty Dancing is just one of those classic films that made headlines in the late 80s and early 90s. The storyline is centered on Baby’s love story (played by Jenifer Gray) and Johnny (played by Patrick Swayze).

Both characters were two different people that typically belonged to different worlds. Baby was innocent and selfless, while Johnny was your quintessential bad boy with women flocking around him. Somehow, they fell in love despite their glaring differences.

In addition to Baby and Johnny’s lives, the film also portrayed the art of sexual Dancing with the leading partners as Johnny and Penny (played by Cynthia Rhodes). Penny is the one that actually made Johnny develop a passion for dirty Dancing in the first place.

What Happened To Penny?

Penny is known for her incredible skills in dancing as well as her abortion story (from the film) that got the attention of America. Cynthia Rhodes has sadly been missing from the public arena, and her fans have been wondering where she is.

Rhodes might have had her big breakthrough in Dirty Dancing, but the star had already made a name for herself in Hollywood long before that. She launched her career as Tina Tech, a singer and dancer in the movie Flashdance. After that, she also landed a role in Xanadu before playing another part in Staying Alive, released in 1983. Her last role on screen was in the action movie – Curse of the Crystal Eve in 1991.

In 1989, Rhodes married the musical genius Richard Marx and had three boys with him. After her role in The Curse of Crystal Eve, Cynthia chose to retire from Hollywood to take care of Richard and her boys. Unfortunately, the couple went their separate ways in 2014.

Since then, Cynthia has not spoken publicly about her private life or anything else for that matter. She simply chose to do more of her family and less TV. Penny is now 63 years old and living life privately.

As it turns out, Penny is not the only character from Dirty Dancing who retired early from acting. Jenifer Gray, who played Baby, also followed suit. However, In Gray’s case, it was circumstances that forced her to make the decision. At a young age, the talented actor decided to have a nose job to change her look.

Unfortunately, the procedure didn’t go as planned, and the actress got undesired results. Hollywood didn’t like this very much as Gray lost several job opportunities as a direct result of her surgery.

On the positive side, she’s now a happy wife and mother. Together with Clark Gregg (her husband), they have a beautiful girl named Stella. In 2013, Stella proved to the world that she was an actor like her parents when she started alongside her daddy in the film “Trust Me.” She also made an appearance on Agents of SHIELD, both at a young age.

Despite its name, Dirty Dancing focused more on abortion than Dancing. Talking about illegal abortion was an intentional sub-plot by the producers of the film. This is where Penny’s story comes in full force.

It is difficult to talk about Penny without bringing up her sub-plot of exposing illegal abortion. See, Penny went through a botched abortion in the movie. The idea of portraying an abortion back then freaked out the producers so much so that they wanted the abortion scenes removed from the film. Eleanor Bergstein, the movie’s screenwriter, said in a 2017 interview that she faced a lot of opposition when she fought to have the whole abortion subplot added to the film.

Although Dirty Dancing was filmed in 1987, it was set in 1963. As Chicago Tribune would have it, 1963 is the year that saw the establishment of the Society for Human Abortion in the state of San Francisco. By then, abortion was illegal and so forming an organization to legalize it caused a huge uproar in the entire country. One of the things the organization sought from the National Law is to have safe abortions and contraceptives for all women.

About a decade after the establishment of the society, the Supreme Court decided to legalize abortion. Sadly, this came too late for Penny, who suffered the ill effects of the botched procedure. Her abortion was carried out by an incompetent doctor who cut through patients using a dirty blade. His folding table was also very unhygienic. Eventually, Penny suffered heavy bleeding and severe pain after the procedure.

“Having all the details included in the film will be a constant reminder of the privilege to have legal and safe abortion and how fast the privilege can be taken away from them.” Penny’s actress said.

Cynthia Rhodes may have put Hollywood behind to take care of her boys, but her character on Dirty Dancing will not be easily forgotten. The fact that her plot contributed majorly to women’s reproductive rights in America makes her even more special.