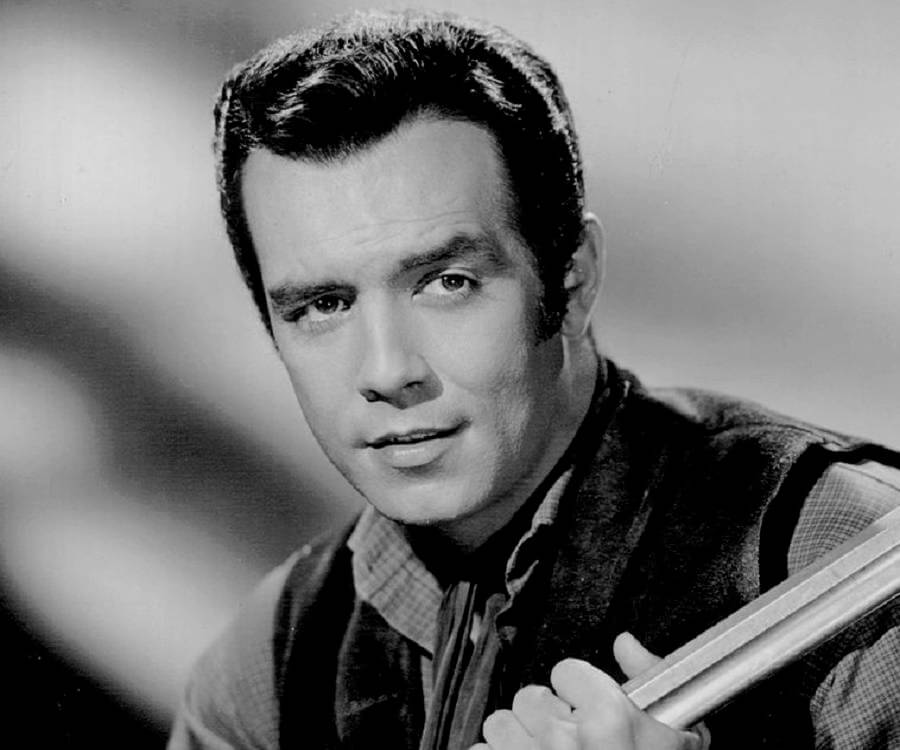 Most of us weren’t alive when NBC’s Bonanza graced American screens between the late 50s and early 70s. We’ve had to watch the re-runs of the show on subscription-based channels or cable TV. There a handful of us who caught the series when it first aired back then. Whether you fall in the former or latter category, you will agree with every other fan that the classic show was quite entertaining.

Bonanza was one of those western series that went on forever. Its premiere was in 1959, and it wasn’t until 1973 and a cool 431 episodes later that the show stopped filming. That’s a whole 14 years of pure entertainment! The show, surrounding the farm-based Cartwright family’s daily lives, was truly beloved for its originality and entertainment value.

One of Bonanza’s most notable actors is the family’s oldest son in Adam Cartwright (played by Pernell Roberts).

He was the architectural engineer who designed and built the family’s ranch house. Adam graced American screens from the show’s premiere until the middle of season 6, when he left to “sea,” never to return.

His exit from the show was abrupt and unexpected. Just what happened to him?

Displeasure with the Show

When you get a huge role for a successful TV series, the natural thing would be to appreciate the opportunity and do all you can to keep it. Unfortunately, this was not the case for Pernell. The moment the show hit its peak, Roberts chose to quit.

Apparently, he was deeply displeased with the show and his character Adam. According to Roberts, the show was “junk television that committed banality and de-humanization of the entertainment industry.”

He has offered several interviews over the years to voice his dislike for Adam’s ill-treatment.

As it turns out, Adam, a fully grown in his 30s, was under the mercy of his daddy and had very little room to be his own person. He felt choked by the limited range of Adam. He once made the following statement.

“I feel like an aristocrat in my chosen field of endeavor. My role in Bonanza can be compared to Isaac Stern (he was a violinist) sitting in with Lawrence Welk.”

Adam claimed that he had a total of 6 seasons to execute the role of an idiotic eldest son. Six seasons of behaving like a teenager answering Yes or No on cue. He says doing that was disgusting, especially coming from a fully grown man. Adam stated that he felt his job as an actor was never really taken seriously and that killed his talent in some way.

Some of Pernell’s co-stars on Bonanza had taken notice of Adam’s horrible attitude towards his character and the network while working alongside him. Lorne Greene (who played Ben Cartwright or the family’s father) said that Adam felt that time was running gout.

“I said, “Look, Roberts, if you stick it out with Bonanza, you will amass a lot of money enough to build a theater of your own. You will also hire Tennessee Williams as a playwriter for you.”

What happened to Adam after Bonanza?

Such an attitude can only take you so far. This was especially true for Pernell Roberts, who didn’t register much success as an actor.

After being out of the business for close to 14 years (well, he used to tour the country with other musicians at the time, but still…), Pernell made his comeback on TV.

The CBS medical TV series, Trapper John. M.D., which ran from 1979-1986, gave him a role. Of course, this was not as successful as Bonanza, but it paid bills for Pernell.

He was 51 years when he told People that when one ages, their market value declines. “I took the job to cover my ass.” He said.

When asked if he regretted quitting Bonanza, years later, Pernell had this to say: “Okay, so I left a million bucks on the Bonanza table. So what? I was more concerned about my emotional being than money. The job was deeply unpleasant. I don’t regret taking a walk. If you are a prisoner of the philosophy of money, your approach to life is pretty limited. I can live quite a dignified life without having a ton of money.”

After Roberts left Bonanza, the show carried on for another six seasons until 1973. Pernell sadly succumbed to pancreatic cancer in 2010 (he was 81 by then). Besides his work on Bonanza and Trapper John, M.D., Pernell will be remembered as a long-time activist.

He took part in several activist protests, including the 1965’s Selma to Montgomery marches, to voice concerns against NBC’s hiring whites for minority roles.

Adam Cartwright left Bonanza out of self-pride and displeasure for the show. Clearly, his decision was the biggest undoing of his life. He paid dearly for his mistake despite having some success in Hollywood.

We hope that staying true to himself was worth the tradeoff.