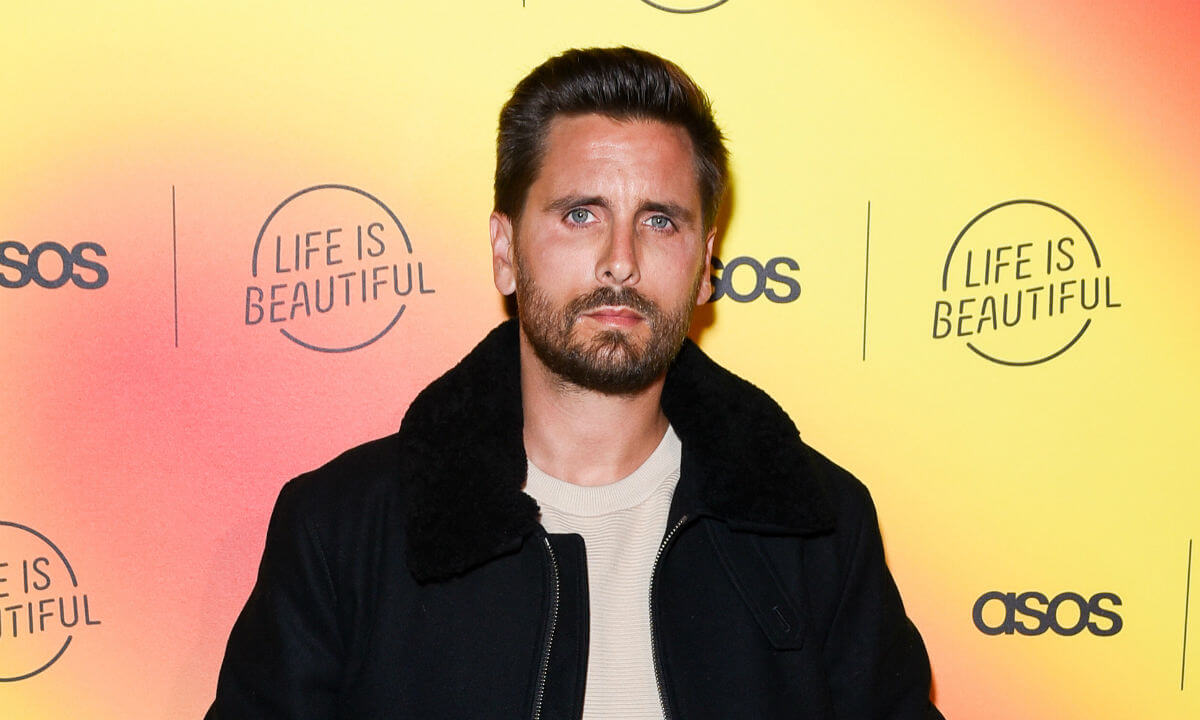 Among the occasionally ridiculous reality TV stars who make a living entertaining us with their day-to-day lives, Scott Disick is a favorite. If you are hearing the name for the first time, you probably never bothered to “keep up with Kardashians”.

To bring you up to speed, Scott is the on-and-off-again boyfriend of Kourtney Kardashian (as well as father to her 3 children) and a common appearance on Keeping up with the Kardashians.

According to Celebrity Net worth, Disick’s net worth is estimated to be a whopping $25 million.

He is reported to earn over $4 million a year. However, Scot’s job and business dealings have somewhat been a puzzle on the KUWTK show.

So, where is all this money coming from and what exactly is Disick doing for a living? Let’s find out.

While Kourtney Kardashian is a college graduate (Arizona State University), the same can’t be said for Scott. Actually, it is believed that he never managed to finish high school.

Even though he’s attended a posh private school in East Hampton, the Ross School, there is no evidence of him ever graduating, and Disick’s lips remain sealed on the matter.

Much like the Kardashian-Jenner brood, Disick came from a wealthy family. His grandfather, David Disick, is a real estate developer and an established Wall Street attorney.

With years in fractional real estate and luxury resort development under his belt, the mogul is credited with the development of the Frank Klammer Lodge in Telluride, Colorado. David is still alive and working in Orlando, FL.

His late parents, Bonnie and Jeffery, were also real-estate developers. However, the assumed wealth didn’t last.

While no details have ever been made public, it is known is that by 2012, the family was having money trouble to a point where Scott’s Dad got caught stealing $3,000 from the bank he worked in. Unfortunately, both his parents passed away in 2013.

A Heart for Modeling

In his teen years, Scott actually posed for the covers of Heartland, a book series for young adults that was made into a long-running Canadian tv-series. You can get a glimpse of some of the artwork here.

A big chunk of Disick’s cash is obviously from his biggest Reality TV role on Keeping Up With the Kardashians.

Although Scott and Kourtney are no longer an item, he’s still considered a big part of the show and this has been so since it was launched in 2007. Scott is believed to make a cool $500,000 per episode.

This fee seems to be a going rate for a brush with the mighty Scott. He demanded the same amount for a potential appearance on Dancing with the Stars back in 2016. The deal fell through since the show had to remain fair to its other contestants, who’s paycheques weren’t anywhere close to that amount.

Even though KUWTK has been his claim to fame, Disick has been eager to branch out from the series since it first aired in 2007. The spinoffs Kourtney and Kim Take Miami and Kourtney and Kim Take New York saw him alligator-hunting and trying his luck in the development of a high-end Japanese restaurant named, Ryu, in New York City’s Meatpacking District.

While neither of those activities yielded results and the restaurant closed after 3 months, it gave himample exposure to further cement his image as a businessman and A-list royalty.

Later, Disick hitched yet another ride on the Kardashian train in Kourtney and Khloe Take The Hamptons.

Aside from his permanent job on KUWTK, Scott also had a Reality TV show, Lord Disick: Lifestyle of a Lord, where he provided advice on how to live a lavish lifestyle. While the 2013 web series resonated with his hardcore fanbase, it wasn’t meant to make it to prime time TV.

That hasn’t stopped “the Lord” – a title he acquired in an online knighting ceremony – from pursuing his TV dreams. In 2019, Disick launched his self-produced and starred-in  Flip It Like Disick on the E! cable network.

The audience gets a glimpse into Scott’s unconventional design and real estate business. The series follows him and best friend and co-host Benny Luciano as they renovate luxury homes in the Greater Los Angeles area.

Appearances Can be Rewarding

Scott’s good looks and grant personality has also allowed him to earn good pay for nightclub appearances in the US. According to CQ, he could make $70,000-$100,000 a night for showing up at 1OAK in Las Vegas or Harrah’s in Atlantic City.

Gigs at international clubs netted him even more, with a cool $250,000 for an appearance at a UK nightclub. Eventually, those lucrative deals began to dry up due to Disick’s addiction struggles.

This has not prevented him, however, from investing in his friends’ nightlife businesses.

Speaking of business: another stream of income for Disick has been his many entrepreneurial ventures.

In strong contrast to the image Disick has cultivated over the years, Scott’s clothing company deals in comfort. Launched in 2018, Talentless sells sweats, cargo pants and hoodies direct-to-consumer. The name is a literal middle finger to his reputation as a skill-free reality show regular and a jab at his former manager David Weintraub, who’s been quoted describing Disick as “entitled and lucky”.

Thanks to Scott’s sizable Instagram following, Talentless is doing well, selling hoodies for $128. It’s worth noting that 3 percent of net sales go to his Charity, Fuck Cancer.

Monte Carlo tanning gel for men is “like liquid sunshine” and Disick’s venture into the self-tanner market. In Scott’s own words:  the stuff “gives you colour year-round and even has an anti-aging gel in it.” As appealing as it sounds, the product line seems to be either defunct or low on stock, if Amazon is any indication.

Launched in 2010 as a Kardashian-backed nail and skincare brand, the product is still listed for sale across various online outfits. We can only guess that Scott has had some kind of involvement in developing and sourcing the stuff, the same way he did with his Monte Carlo line.

Considering Scott’s family background and his involvement with a show about real estate flipping, it’s no surprise that Disick dabbles in the property business as well.

He owns real estate in Hidden Hills, including a Cape Cod-style home that was still on the market for 6.89 Million at the time of this writing.

Fun fact: The home happens to be in the same neighborhood as Kylie and Chris Jenner, as well as Kim Kardashian.

Purchased in 2018 for a measly $3.24 million, Scott dramatically overhauled the place, turning the mostly traditional interior into a modern farmhouse style living space over the course of 2 years. The 8,000 sq. ft. home sports 7 bedrooms and 7 bathrooms, as well as a stunning pool, gourmet kitchen and wine cellar.

In 2015, he sold a contemporary-style home in the Beverly Crest area to Oklahoma City Thunder guard Russell Westbrook for $4.65 million

Scott has worked as a spokesperson for a men’s menopause supplement called Amirden, for which he hosted a launch party in 2010. The product is basically a treatment for Andropause, also referred to as “male menopause”.

On his Instagram, where he has over 13 million followers, Scott promotes big brands such as Lord Timepieces. According to Jezebel, products such as these could have earned him between $15,000 and $20,000.

Although his exact net worth might be deliberately kept as a secret by Scott himself, it is clear enough that his job is more or less a general businessman. Disick remains a mover and shaker who has done interesting things in his life.

He’s from a wealthy family, has developed a celebrity persona, launched some hot selling products, and has an open line for promoting brands. At a minimum, these explain how he has achieved a net worth of $25 million.