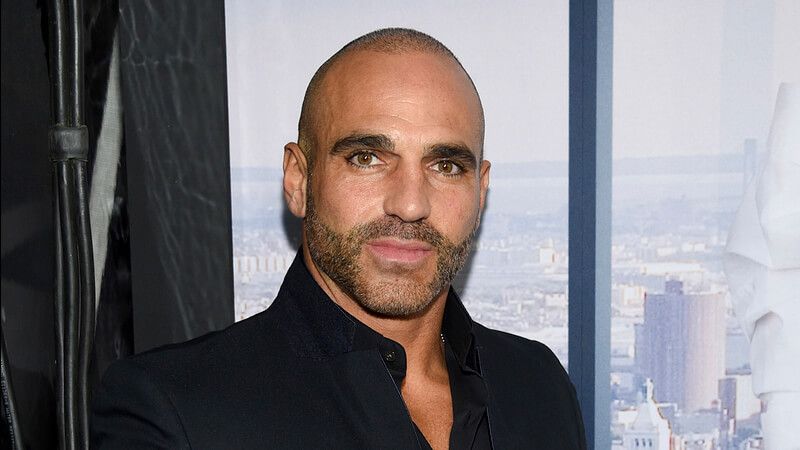 Best known for his works on Real Housewives of New Jersey (RHONJ), Joe Gorga is the supportive and ambitious husband of Melissa Gorga, one of the leading stars on the show. The couple got married in 2004 and has three children together. Joe is also Teresa’s (another leading cast member) brother.

Joe made his appearance on the show’s third season and has been around ever since. Fans love him for being witty, charming, and full of life.

Joe is one of those people that can derive fun in the most challenging situations. He also loves his wife and kids to bits and works hard to give them the very best in life. So, just how does he make his money?

In case you don’t know, Joe Gorga’s net worth is $2 million according to Celebrity Net Worth. Well, to be honest, this is combined net worth for him and his wife Melissa but it is still a big deal.

The number one source of income for Joe Gorga is none other than real estate. If you follow him on social media, you know he flips houses and makes good money from it.

Apparently, Gorga has been in the real estate business for over two decades now. Unlike fellow RHONJ real estate guy, Jason Hoppy, Gorga has actually written a book about his experience in the industry.

Additionally, his real estate seminar, Grow with Gorga was a huge success, to say the least. Despite the tickets costing anywhere between $149 and $299, they sold out every time.

Besides flipping houses, the RHONJ also owns and leases several properties and runs a landscaping business. As a real estate developer, you bet Gorga has a lavish home where he resides with his wife and three kids.

The home boasts six bathrooms, a billiards room, movie theatre, pool, recording studio, and a hair salon. Joe paid $950,000 for the home. In August 2019, they splashed a further $1 million to buy a home in Toms River, New Jersey.

Teresa and Joe also dipped their toes in the restaurant business albeit for a short period. Joe spoke to People Magazine saying they did this to honor their mother’s cooking prowess. “She loved to cook; it was like a drug to her. I always made my intentions to open a restaurant known to her.

Unfortunately, I got busy. By the time I signed the contract on the location, she passed away. So I am doing this for her.” He said. Unfortunately, the Gorga’s Homemade Pasta & Pizza (as it was referred to) closed down less than a year of its launch. According to Melissa, the shady management of the business is to blame for its failure.

Although Joe Gorga is not one of the main cast members of RHONJ, he gets a decent salary from the show. It is reported that the Italian-American businessman brings in $45,000 a season from the reality TV series. Obviously, this is quite small compared to his wife who makes a whopping $600,000 a season but it’s still good money.

The Gorgas have for a long time been rumored to be heavy in debt. In 2012, there were plenty of reports claiming that the couple owed at least $2.5 million to one bank. Joe particularly has faced enough lawsuits in his lifetime.

One of the big ones, a $25k suit, involved a window company that accused him of not rendering a service already paid for. The company claimed that Joe is keen on displaying his wealth on TV and social media yet failed to pay a meager 25K bill.

In 2019, he was slapped with a slip and fall lawsuit by one of the tenants at his rental property. In total, the reality TV star is said to have been a subject of twenty-six civil court suits in New Jersey alone. Thankfully, a huge percentage of these claims are less than $15,000.

At the height of their financial trouble, Joe and Melissa decided to put their house on sale to offset some of the debt. The original selling price for the 9,100 square-foot home was $3.8 million. Their effort was fruitless. Even after bringing down the price by a million bucks, the couple couldn’t find a buyer for their home.

Joe Gorga is a TV personality, husband, father, and a big businessman in New Jersey. From flipping houses to renting properties and doing landscaping, Joe knows it all.

Granted, there are more reports of him using fake photos on his Instagram, but the man is a legit hard worker from New Jersey. So, when you see him flaunting his wealth everywhere, the man has earned it, one way or another.