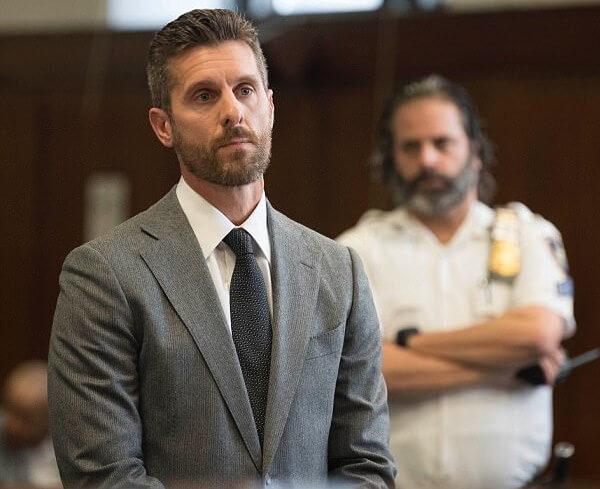 Reality TV stars are not always made of the friendliest, nicest, and least controversial characters. While you shouldn’t always favor controversy, you need to avoid being dispensable.

In other words, to make it as a reality TV star, you have to accept to be ruthless. It’s not about making friends or worrying about other people’s opinions. One person who has taken the ruthless strategy too far is Jason Hoppy.

Ever heard of him? Well, the name always comes along with Bethenny Frankel, a Real Housewives of New York City‘s star.

He is Frankel’s estranged husband and father to her daughter Bryn. Although he starred in Real Housewives of New York City (or simply RHONY), what Jason is known for is his unending court battle with his wife.

Frankel and Hoppy married in 2010. Even though their amicable relationship has long ended in a tense 2014 court battle over Bryn’s custody agreement, they were technically still married in 2020.

Bethenny opened up about their strange arrangement to Andy Cohen during an episode of “Watch What Happens Live”, where she also disclosed that the ex-couple still shares an apartment.

According to one source, Bethenny’s lawyer Robert Wallack has so far objected to the conditions of the divorce settlement.

The former reality star couple has been in the limelight since the two had a horrible relationship, which apparently didn’t even end father their split, and a nasty custody battle over daughter Bryn.

The drama escalated even further when in 2017, Hoppy allegedly taunted Frankel and late boyfriend Dennis Shields (Shields died from a drug overdose in August 2018) in front of Bryn’s classmates and their parents.

The resulting “order of protection” mandated Hoppy to keep away from the Housewife’s home, business, as well as their daughter’s school for 6 months.

Apart from keeping the relationship with Frankel contentious, what else does Jason do? What does he do for a living? Well, stick around to find out.

He went to Scranton University in Pennsylvania and has a brother, Bryan Hoppy.

Although not much is known about the time between university and corporate career, Hoppy seemed to have planted himself firmly in the path of opportunity as a young professional.

Going by his current LinkedIn profile, Jason is (or was) an account executive at a pharmaceutical company called AbbVie.

There is no recent update about the listing, so it is hard to tell whether Hoppy is still with the company or this was a past job that he once held.

As aforementioned, Hoppy appeared on Bravo’s Reality TV show, RHONY (2010) and Bethenny Ever After (2010-2011). He was definitely paid handsomely, given that his ex-wife and star was paid around $40,000 per episode on the same shows.

In addition, Frankel is also an author of several best-selling books such as Free Yourself from a Lifetime of Dieting, Naturally Thin: Unleash Your Skinnygirl, and A Place of Yes among others.

Being married to a rich spouse has proven to be a good way to stabilize and increase one’s income and net worth.

Given that Jason was married to Bethenny Frankel at the time when these best-selling books were a big hit, he must have benefited financially in one way during their marriage.

If he didn’t, then he surely deserved his share of the divorce settlement.

That skill is what he used to launch his next business: a real estate agency.

Before coming to New York, it is reported that Hoppy had a dream of becoming a top real estate agent and businessman.

He was apparently good enough in the business and managed to earn himself over $5 million.

Hoppy used the earnings to purchase a beautiful 5 million dollar home in New York. He had to sweat off the same home with his ex-wife over financial settlements.

Although Jason Hoppy has been portrayed in the press as some sort of a monster, following his notorious relationship and ultimately failed marriage to Bethenny Frankel, he is no doubt a successful business executive and real estate mogul.