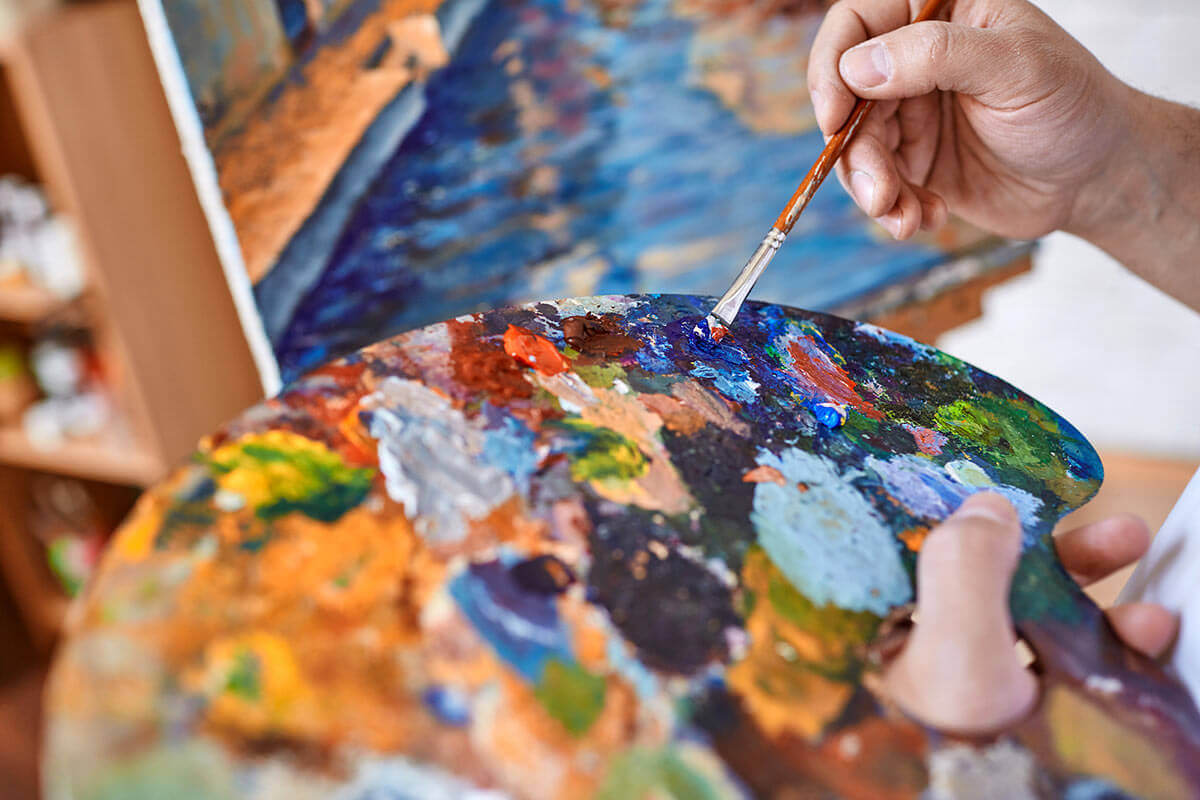 It will probably be hard to imagine the artistic and flamboyant Bob Ross in a career other than what he became famous for.

Like most celebrities, Ross wasn’t always in the limelight.

Before fans got to know him as the man featured on those popular “happy little trees” memes, the television star and famous painter worked pretty regular yet highly respectable jobs.

You’ll be pretty shocked to hear that Bob Ross once worked a job under a federal agency. We’ll detail his exact career in this post.

Who is Bob Ross, and what did he do before becoming a television personality?

Born Robert Norman Ross, otherwise known as Bob Ross, was an American native, born in 1942 in Florida. With fans knowing Bob as some of the kindest people on the planet, it might come as no surprise that Bob grew up as a sensitive kid who liked investing his time in curing injured animals.

While his childhood interests hinted at a career as a veterinarian or similar, Bob instead dropped out of school in the ninth grade to become a carpenter alongside his dad.

After just a few years working in construction, 18-year-old Ross enlisted in the US Air Force, holding a military position. His work in the armed forces included stints as a Medical Records technician stationed in Alaska.

After several years in his post and sheer dedication, Ross climbed up to the rank of Master Sergeant at Eielson Air Force Base in Alaska (we bet you weren’t expecting that!)

According to Showbiz CheatSheet, Ross was known to his colleagues in the army as the tough guy. He ended up serving 20 whole years in the military. This is what he had to say about his experience in the armed forces in an interview with Military.com.

How did Bob Ross become a painter?

Through working in the service in Alaska, Ross had a “happy accident” when his Alaskan landscapes inspired his decision to pursue a painting career. While still working for the military, he took up classes in painting to hone his ability.

As fans might recall, most of his pieces were landscapes, with the motif choice being influenced by his time in Alaska.

He loved painting so much he adopted an old 16th-century painting style, known as wet-on-wet oil painting, that would make him paint quicker.

He had adopted the skill from a German-born artist and TV host, William Alexander. Soon he became a master of “the magic of oil painting,” even adopting his painting technique specifically created to paint landscapes quicker.

He started a painting class with his newly-found knowledge and, as a painting instructor, showed students how to create a complete artwork in just 30 minutes.

While conducting art classes, he also sold his original paintings for about $25 each. By the time he started selling many paintings, he eventually left his military service for good.

After 1981, he began working with TV host William Alexander as an artist’s apprentice and joined his Alexander Magic Art Supplies company.

However, two years later, he took things to the next level.

In 1983, he started painting on television for a couple of seasons from Muncie, Indiana’s WIPB PBS affiliate.

Each 30-minute episode of the program known as The Joy of Painting featured the accomplished artist painting one beautiful landscape or an abstract painting.

At this point, he became a public television staple, well recognized for his soft voice and for changing his naturally straight hair into a perm, which he hated.

In addition, and as a result of Bob’s experience at Alexander’s art supplies company, the professional artist went into the painting products business.

With the support of Annette and Walt Kowalski, he established “Bob Ross Inc.” When the Kowalskis retired, the company’s management went to their daughter Joan.

Throughout his successful career as a painter, Bob’s biggest income generators did not come from selling his tens of thousands of paintings or television fees but instead from his art classes and selling art supplies.

When did Bob Ross die?

Unfortunately, the American painter and art instructor Robert Stephen “Steve” Ross died in 1995 from lymphoma. At this point, he had made a huge success out of his career as a painter.

The art instructor television host chose not to sell most of his beautiful mountain scenery paintings. The majority of his artwork either went to charities or was kept by PBS.

Whether known for his work in the armed forces or as the best-documented artist, there’s no doubt that Bob Ross made an enormous contribution to