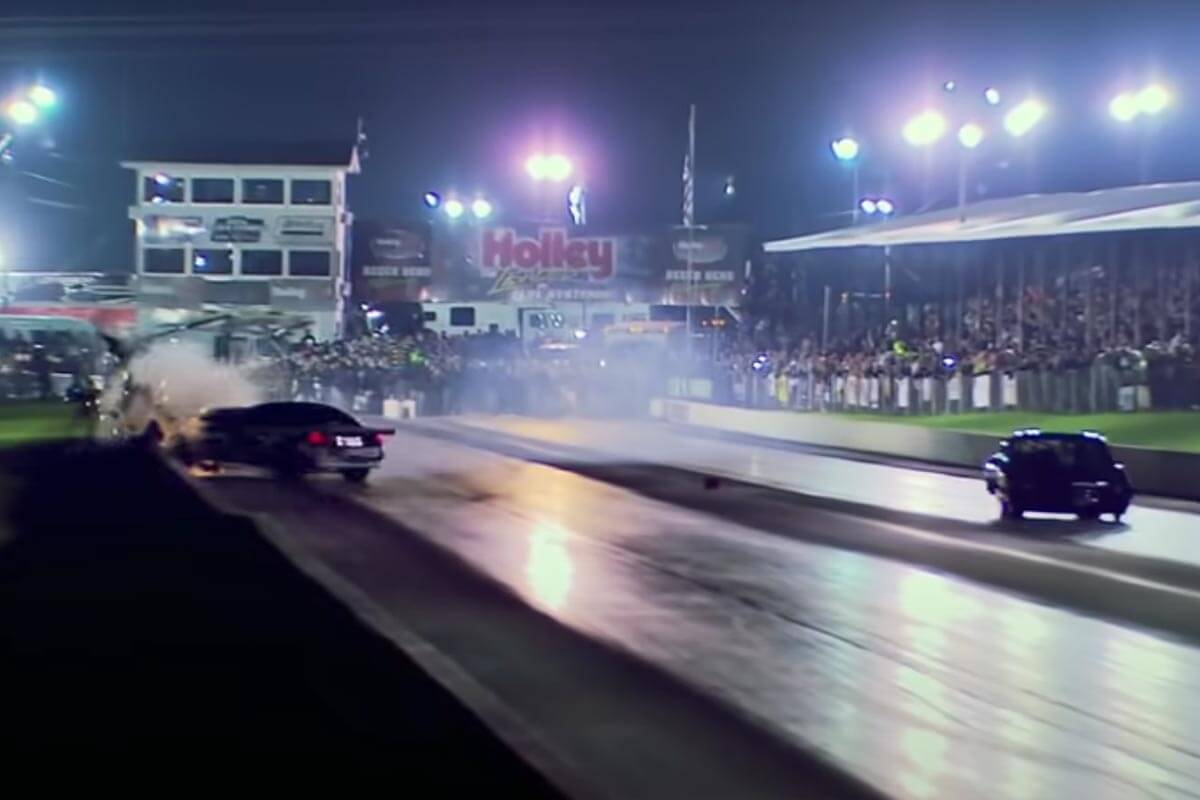 Street racing is an enthralling sport, at least to the adrenaline junkie, but there is always an existential risk of someone getting hurt or even dying.

Fans of Discovery Channel’s Street Outlaws will attest that it is always worrying when you no longer see your favorite racer on the show. You begin to wonder whether they died in a crash.

Well, so far, more than one racer from Street Outlaws has passed away. The case of their deaths will surprise you; you would not expect them to bow out the way they did.

If you are curious about who died from Street Outlaws, keep reading for all the deets!

Tyler Priddy, fondly known as Flip, was among the first cast members of the Street Outlaws series on Discovery. He only appeared on the show’s first season before meeting his untimely death in May 2013.

Despite being on Street Outlaws for such a short time, Flip garnered a ton of fans. Racing enthusiasts loved his unstifled ambition to be the best in the street-racing world, and indeed, he was.

His departure certainly left a big void, given that he was a major player in the street racing industry.

Tyler was born in Chickasha, Oklahoma, on November 30, 1981, to Glenda and Gene Priddy. He went to Hinton Elementary School and later graduated from Putnam High School.

After graduating from high school, Flip got a job as a storekeeper to support his racing hobby. He later went on to work with a construction company known as Warren Caterpillar. His employer was instrumental in supporting Flip’s racing career through much-needed sponsorships. He did not disappoint and became a star with his ’80 El Camino Chevrolet.

Through sheer hard work, passion, and good old hustling, Flip was eventually featured on Street Outlaws as one of the show’s first cast members for his amazing racing skills.

What Happened to Tyler ‘Flip’ Priddy on Street Outlaws?

Flip was not just popular among his racing fans. His fellow racers loved and respected him a lot too.

His friends and colleagues try to honor his memory for the decade since his passing throughout the show.

What did Flip from Street Outlaws die from?

His colleagues on Street Outlaws, including his childhood friend Big Chief and Kamikaze, have never openly spoken about what happened to Flip. Also, there are no official records online to show the exact cause of the 31-year-old’s death.

With no clear answers as to what happened to the popular racer, there have been many rumors and gossip over the years trying to explain the reality star’s cause of death.

Some people have insinuated that he died in a car crash, while others say he died by suicide. A longstanding rumor is that Flip accidentally shot himself while he was drunk.

Someone else from Street Outlaws who died is Christopher Scott Ellis, aka Kentucky. Chris Ellis was not a racer, but he appeared as a mechanic since the Discovery show’s inaugural season.

Chris was born on November 7, 1980, in Kentucky to Loleta Sullins and Bruce Ellis. After graduating from Log Cabin Learning Center, he worked several jobs before specializing in street-racing cars. His career as a mechanic began at the City Midwest Street Cars Automotive in Oklahoma.

When Street Outlaws premiered in 2013, the Kentucky-born mechanic was among the show’s first cast members. He remained at the show until 2018.

What Happened to Kentucky on Street Outlaws?

According to an obituary his family posted online, Christopher Kentucky Ellis of Street Outlaws died on September 9, 2020. His body was found at his home, where it was suspected that he died of a heroin overdose, although an initial autopsy and toxicology report was inconclusive.

His family revealed that Chris Ellis was a hard worker and a quick learner. The celebrity mechanic also loved the outdoors and was an avid hunter. However, they did not state the cause of his death. Christopher Ellis was laid to rest on September 18, 2020.

An exceptional driver with great strategy and a sharp mind, Gypsy Mike was undoubtedly one of the best racers in the history of Street Outlaws.

The California native said, “I have been racing for 25 years, and in the streets, I never lose.”

True to his word, the fierce drag racer was adored and feared within the street racing scene as he hardly lost in any of the races in which he participated.

Unfortunately, even as filming for the Discovery show went on, the west coast street racer was nowhere to be seen, and fans began wondering what happened to Gypsy Mike.

It emerged that Gypsy Mike of Street Outlaws had passed away.

What Happened to Gypsy Mike On Street Outlaws?

According to sources who spoke to The Sun, Gypsy Mike died on December 18, 2020.

Rumors in the grapevine had it that the reality TV star had succumbed due to COVID-19 complications.

Other more trusty sources confirmed that Gypsy Mike suffered a heart attack, which was the second time such an incident had happened.

No-prep and Pro Modified racer Wayne Smozanek was among the biggest stars on Street Outlaws. Wayne is the most recent member of Street Outlaws to pass away.

The racer drew a crowd of fans from all over the country. Smozanek’s natural smarts and dare-devil attitude saw him stay at the top of his game on the show.

Wayne’s passion for monster trucks was no secret. He was the creator behind the original Tropical Thunder Truck and was featured widely in the racing industry media.

Wayne Smozanek, born in Florida, has a long history with automotive. In 1988, he owned the Performance Center Auto Repair in Florida. He regularly participated in monster truck competitions and no-prep drag races in Florida.

Before his demise, Wayne Smozanek competed in Street Outlaw’s spin-offs Mega Cash Days, No Prep Kings, and America’s List, among others in his Ford Probe.

What Happened to Wayne on Street Outlaws?

In the weeks leading up to his death, his wife Wendy reported on social media that veteran drag racer Wayne Smozaneka had been admitted to the ICU for six weeks battling the effect of Covid-19.

Wendy had been posting updates saying his condition was improving, only to announce on February 14, 2022, that Wayne had succumbed to his illness.

The 60-year-old is survived by his wife and son. Fans and longtime friends from all over the country shared their condolence on social media after the news of Wayne’s passing broke out.

It is sad to lose such smart, skilled, and beloved drag racers. But, the upside is they left their street-racing fans with great memories they will forever cherish.