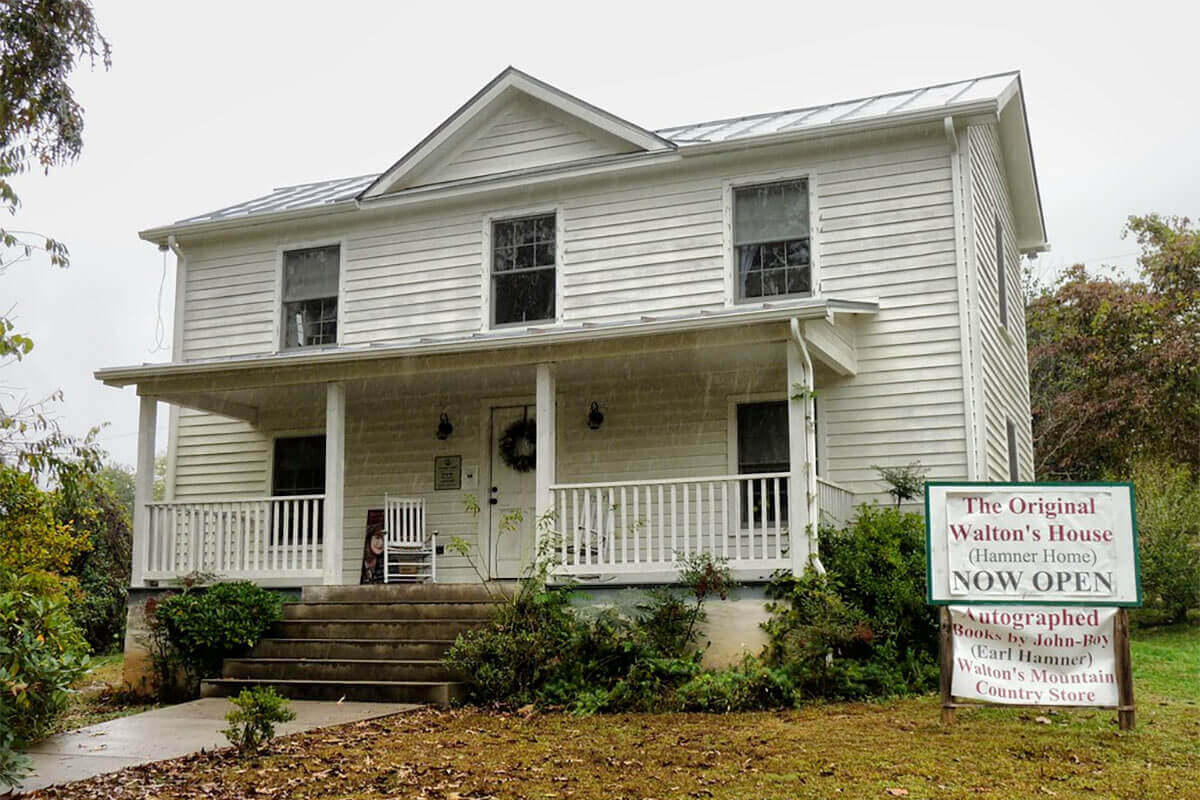 In the 1970s and 1980s, many networks emphasized family-oriented shows, which contributed to hugely successful series like Little House on the Prairie, The Brady Bunch, and The Waltons.

First airing as a television movie in December 1971, The Waltons went on to have nine very successful seasons before being cancelled by NBC in 1981.

During its hay days, the long-running TV series netted over a dozen Emmys with nearly 40 nominations.

George H. W. Bush himself said he hoped families “would be more like the Waltons and less like the Simpsons.”

With that in mind, we take a look back on the beloved show with this massive list of things you didn’t know about the series, cast, or life on set.

Origins of the show

Earl Hamner, Jr. created The Waltons based on “Spencer’s Mountain,” which was made into a film of the same name in 1963. The book and subsequent film and show were based on Hamner’s own family. He pulled inspiration from his childhood growing up in a mining town during the Great Depression, so many of the characters and settings in the show are based on real-life examples.

The pilot episode of “Waltons” was actually an early 1970s TV movie called “Homecoming: A Christmas Story” starring Richard Thomas as John-Boy. The film became so popular after its premiere in 1971 that CBS ordered a TV show based on the characters.

Among the cast members from the movie, Richard Thomas was one of the few to stay on the show.

Turned down by a Hollywood legend

Before The Waltons became TV history, the show had to overcome many obstacles just to air.

Producers did not trust the show to hold its own and even allowed it to air against the fierce competition on other networks. In order to give it a better chance, the network asked Henry Fonda to portray John Walton Sr.

However, he declined. Fonda read the pilot and knew they wouldn’t need him. In his mind, the real star was the family, not the individual.

Rather than being on Walton’s Mountain in Virginia, the Walton house was located north of Warner Bros. studios in Burbank, California. The slope of the mountain was actually of the Hollywood Hills.

The house was dismantled in the late ’90s and moved to Warner Bros.’ ranch lot at Hollywood Way, where it is still used as an exterior set. It served as the set for the Dragonfly Inn in the first season of the hit TV show Gilmore Girls.

As previously stated, CBS wasn’t very confident about The Waltons from the start. The cast often jokingly talked about how cheap Lorimar Productions was.

This became clear in the treatment of the many child actors on set.

Eric Scott, who played Ben Walton, said the young actors were taken advantage of by the series, adding that they received little pay despite dedicating their childhoods to it. They never got a word of gratitude from the studio, while the adult actors were sent gift baskets as a thank you.

This didn’t go over well with Micheal Learned. The actress, who plaid Olivia Walton, was able to channel her on-screen character’s sense for justice and demanded the kids be treated fairly.

Her message to the producers was, ‘These kids have given you years of their lives, and you can’t give them something back?'”

Judy Norton explains that they ended up getting a little muffin basket containing three muffins.

Beyond the gift baskets and thank you notes, many of the adult actors weren’t compensated in equivalence to the show’s notoriety. Ralph Waite, Richard Thomas, and Michael Learned might have seen fair wages, but the rest just had to be content with the love of their fans and each other’s company.

When she ran out of money, Kami Cotler became a teacher, while Eric Scott worked as a messenger.

In addition to incorporating his family’s routines and traditions into the show and family, Hamner also included the iconic “goodnight” sequence at the end of every episode.

According to Hamner, he and his family said goodnight repeatedly until their father told them to be quiet. There are only a few occurrences on The Waltons where the episode does not end with the goodnight routine, including “The Outrage,” in which President Roosevelt dies.

Richard Thomas, after his first research trip for his role to Virginia, is quoted saying, ‘I always wondered how you people could all say goodnight and be heard, but then I saw the house and it is such a little cracker box that now I understand.’

The show had a hard time filling the iconic role because they really wanted John Wayne, who refused to switch over from the film industry. William Conrad, who voiced the character on the radio show, did not get the part because they thought he wasn’t attractive enough (ouch). Wayne recommended his friend James Arness to the casting directors after they had gone through 26 screen tests.

Arness even ended up introducing the series in the premiere episode.

Love is in the air

Olivia Walton and John Walton Sr. represented the ideal family couple on screen. It turned out that their actors got along well. In particular, Michael Learned and Ralph Waite were good friends outside of work as well.

In fact, they were almost more than just friends. During a period when Both Waite and Learned were single, they thought, “Why not?”.

Ultimately, they didn’t go through with it amidst fear that a romance would ruin their chemistry on-screen and off.

In an interview, Learned later explained, “We thought about it, but we didn’t. And I think that’s why we became a spiritual husband and wife, if you will, and I miss him terribly. His wife is a very good friend. But what Ralph and I had was something that came across on screen.”

Ralph Waite, who portrayed patriarch John Walton, admitted he took to drinking after his young daughter died of Leukemia. During the early days of ‘The Waltons,’ I was a wild man,” the one-time Presbyterian minister recalled before his passing in 2014.

There was no lunch without three or more Martinis. “When I finally got back to the set, I was pretty much out of things.” he further explained.

But he was not the only one with alcohol addiction.

Reports indicate that Learned showed up for her audition with a bottle of bourbon in her pocket. The 82-year-old actress claims to have hit rock bottom in 1977 and remains sober today.