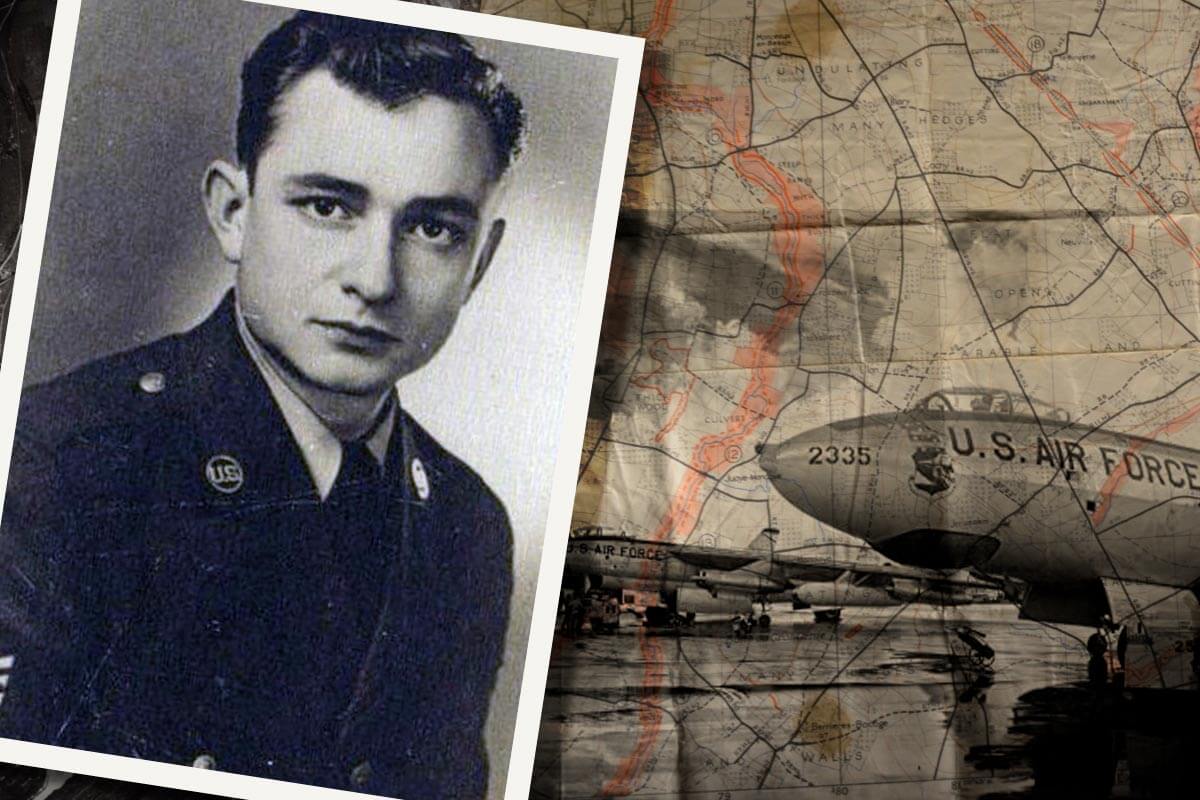 Long before the fame, glitz, and glamour, Johnny Cash, aka The Man in Black, was an ordinary guy, doing ordinary things and getting by with his own life.

What many people do not know about the country music star is that he did not have the privilege to go to music school or even play any instrument until well into his teenagehood.

John R. Cash joined the military as a last resort to make a life for himself, but this was not the career that really lit him up. He only wanted to sing and dance, but duty came calling.

So, was Johnny Cash in the Air Force? Read on for the true story of the Morse Code days of The Man In Black.

Was Johnny Cash in the Air Force?

When you stop to think about his humongous fame as a country music star, it is hard to imagine that Johnny Cash was once a military man. Yes, Johnny Cash was indeed in the Air Force, serving from 1950 to 1954 before receiving an honourable discharge.

At the prime age of 18, Mr. Cash did what most young fellows did, he joined the United States military, serving in the Air Force. Reluctantly, the aspiring musician moved from his Arkansas home, where all his friends and family were, to the San Antonio, Texas, Air Force Base.

Although Johnny Cash was not really enthusiastic about working in the military, good things came out of it. While at the Lackland Air Force Base, he met his first wife, Vivian Liberto.

Liberto and Cash dated for three weeks before the country star was transferred to the Landsberg military base in Germany. He would then spend three years there before coming home to his girlfriend.

What Was Johnny Cash’s Role in the Air Force?

The Landsberg base in Germany was a key outpost in the aftermath of the Cold War between the United States and the USSR.

Johnny quickly rose through the ranks, attaining the position of Staff Sergeant on the 12th Radio Squadron Mobile of the U.S. Air Force Security Service at Landsberg. He eventually became a Morse Code Operator, a secretive group within the Security Service Unit.

The Morse Code is a communication system using electrical impulses represented as long pauses, dashes, and dots. Although not often used in mainstream communication, those in fields such as aviation and the military still use Morse codes to communicate.

The Morse Code system requires some technical training and has a steep learning curve, but Cash learned it so fast he was given the enviable role of listening in and intercepting Soviet communications.

In his role as a Morse Code operator, he achieved the biggest fete in his military service career. On March 5th, 1953, as he manned his post, Cash intercepted and transcribed a most crucial communique from the Soviet Union.

The communique revealed that Joseph Stalin, premier of the Soviet Union, was ailing, a piece of information that was extremely important to the U.S. intelligence service and the Western Axis.

While keeping his eye on the communique, Staff Sgt Cash was the first American to learn of the death of the Soviet Union Premier. He sent this communication to his higher-ups and the rest, as we know, is history.

Johnny Cash kept this major accomplishment to himself and only spoke about it after leaving his Air Force job. He made history with his music and helped change the course of history with his agility as a code-listening specialist.

Funny enough, his ability to decipher blurry, garbled and hidden communication would later help him to find a rhythm and tone that would appeal to Americans and the rest of the world.

Johnny Cash Formed A Band While At The Air Force

As mentioned, John Cash was not too enthusiastic about joining the military, but it was something he had to do. He once said about his time with the Air Force, “I spent 20 years in the military from 1950 to 1954.”

But aside from meeting his first love, spending time in the military shaped the course of his career. He and his colleagues worked in shifts, and Cash, finding himself with a lot of time at hand, formed The Landsberg Barbarian, a play on the local base newspaper, the Landsberg Bavarian.

Remember his hit song, Folsom Prison Blues? Cash actually wrote it while in Landsberg. Contrary to popular belief, the music star had never seen nor been to the Folsom prison. Instead, he wrote the song after watching the film, Inside The Walls of Folsom Prison, at the base theatre.

Later, Johnny said he could relate to the film, given that his life as a top secret service man during those military times felt like a prison.

Because of how sensitive his job was, he could not talk to others about what he did, including his girlfriend, Vivian Liberto. And, when he was off base, there was only so much he was allowed to do and say.

Cash bought a guitar at a local off-base store and taught himself how to play, eventually forming his first band. During his time in Germany, Johnny wrote many songs that would later become American staples, catapulting him to fame.

Why Did Johnny Cash Leave the Air Force?

Staff Sergeant. Cash served in the Air Force and left following an honourable discharge after his contract ended.

Soon after leaving the U.S. Army, Cash married his long-time girlfriend, Vivian, whom he met at age 17 at a skating rink while at basic military training. Throughout his time in Germany, Cash and Liberto exchanged multiple letters and married four weeks after he left the military.

The lovebirds moved to Nashville as Cash was eyeing a career in music. But, he did not start signing immediately; instead, he studied to be an announcer at a radio station while working a day job as a vacuum salesman. When he signed with Sun Records, his music career picked up, and he, Vivian and their daughters moved to Hollywood.

The country star began travelling extensively for his tours. Eventually, he became deeply addicted to drugs and alcohol, prompting Vivian to divorce him and take custody of their daughters, Tara, Rosie, Kathy, and Roseanne.

Cash seemingly disinherited his daughters in his will, leaving copyrights to his son John Carter Cash who he had with his second wife, June Carter.

Two years after divorcing Vivian Liberto, Cash married June Carter in 1968. The two had met 13 years earlier and formed a close relationship that was problematic to Vivian, which contributed to the end of their marriage.

June and Cash stayed together, writing songs, building a recording career, and performing for 35 years. They had just one son together, John Cash, to whom Johnny left much of his wealth.

Cash and June were admired as a Hollywood power couple due to their long-lasting love. June passed away in 2003, and her husband followed her four months later from diabetic complications.