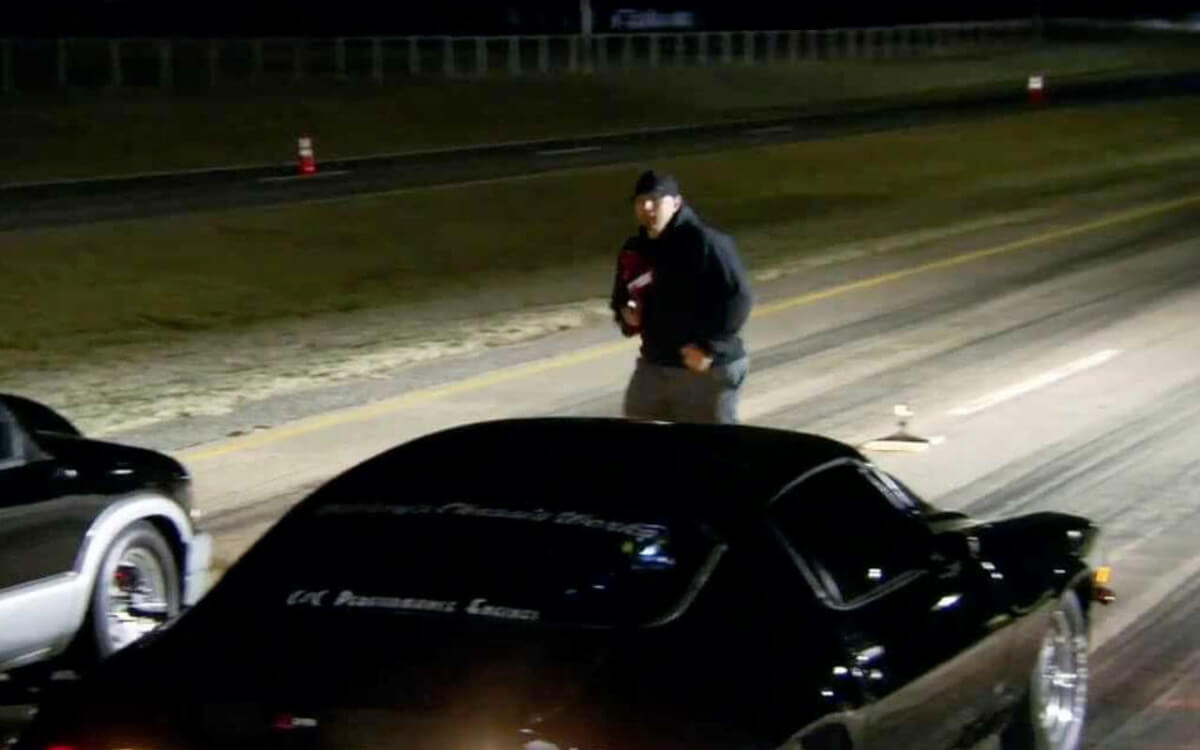 When one thinks of street racing, souped-up dragsters with screeching tires and screaming crowds come to mind. Everything goes, right? After all, it’s about unsanctioned and illegal auto racing on a public road.

Wrong! You’d be surprised to hear that even this “Outlaw” activity has a governing body, called the National Hot Rod Association (NHRA).

In addition to setting rules for drag racing, it hosts events across the United States and Canada. The NHRA claims to be the world’s largest motorsports sanctioning body, with over 40,000 drivers on its roster.

Back in 2015, popular Street Outlaws cast member Shawn Ellington found himself on the radar of that very NHRA.

We lay out what happened and why it didn’t go over too well for the organization.

In February 2015, several cast members of Street Outlaws received a letter from the National Hot Rod Association. Among them: Shawn Ellington, aka “Murder Nova.”

The letter advised them that any further participation in shows that glorify illegal street racing will result in their licenses being revoked. Apparently, Shawn and other cast members had violated the NHRA’s member code of conduct and mission.

This prompted his close friend and Street Outlaws co-star Justin “Big Chief” Shearer – who isn’t personally an NHRA competition license holder or member – to quickly snap a photo of the letter and post it to his Facebook profile page, saying:

“If nothing else, it’s proof that street racing will always have consequences.”

The reaction from friends and fans was awe-inspiring. Comments and messages supporting the celebrity street racer kept pouring in, and the situation quickly escalated into an outright attack on the NHRA.

Within 12 hours, numerous memes circulated online, and an “NHRA Sucks” Facebook page (with 3,200 members at the time) was launched.

While Shearer wasn’t expecting this reaction, he wasn’t surprised by the outrage either.

“The point of my post was to let people that are trying to cross over—trying to get some publicity or because they think it’s easy—know that once you do it; you might not be able to go back.”

In Shearer’s opinion, the idea that cast members could be barred from NHRA competition and sanctioned tracks was deeply troubling, but it was not reason enough to give up on a television series he and his hard-working friends were in the middle of filming its fifth season.

The real reason Street Outlaws have become a hit is their brazen, anti-establishment attitude. In the same way that “Big Chief” and “Murder Nova” risk everything they own to compete for the top spot on “The List,” they’ll sacrifice the right to race at NHRA-sanctioned facilities if push comes to shove.

While Big Chief had nothing personal to fear from sharing the letter publicly absent NHRA license, other Street Outlaws cast members were in a different situation. Take Mike Murillo, for example.

The fallout from the letter would be a huge deal for his professional career. The reality show was supposed to do a “Texas against Oklahoma” with him in the future, but that became less likely with the license-removal hanging over his head. His appearance as a tuner on the show was also in jeopardy.

It made him think about his friends on the show who had obligations to the Discovery Channel. How would they cope? “Those people are stuck,” Murillo said. Even though the NHRA sent the letter between seasons, many recent episodes of the show featured people who would be affected by the letter.

Murillo said a few Street Outlaws guys also wanted to try radial drag racing, but those individuals were now not going to be able to do so.

NHRA responds to the hate over their Street Outlaws letter

As a result of the attention these letters have received and the criticism that online drag racing magazines and blogs have thrown at the NHRA, was this a wake-up call for the organization to promote “the little guy” in the trenches?

Geno Effler, who was head of public relations for the organization at the time, responded to the public outcry.

“The heart of the matter is that we don’t promote street racing in any form in any way,” he said.

In a nutshell, the organization’s officials observed several NHRA-licensed drivers on the show and some cars with NHRA logos and felt that since the show promotes street racing, the NHRA didn’t want to be associated with it.

Effler stated that the NHRA expects the drivers to maintain their licenses and represent and uphold the mission of the NHRA.

What has happened since?

Considering that Street Outlaws is now in its 18th season, we can assume that the matter has been settled since the incident in 2015.

It appears that Street Outlaws will remain on air for the foreseeable future, with most of the original cast still involved, licenses intact. It is undeniable that the illegal street-racing premise of Street Outlaws is incompatible with NHRA’s stated objective of keeping racers off the street.

Although its formula is likely to change over time, we can always be sure that it stays true to its core philosophy: an anti-establishment attitude that has made Street Outlaws a legitimate success!