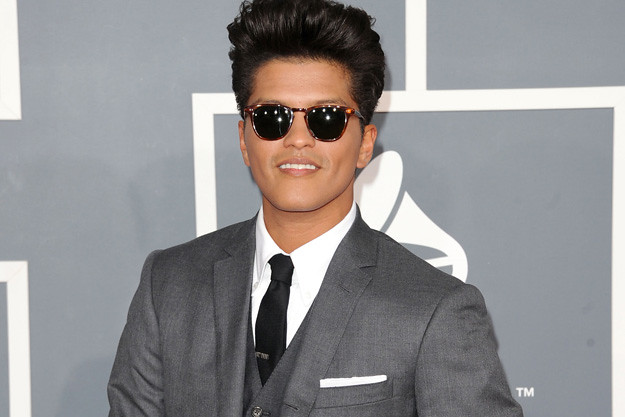 Bruno Mars’ real name is Peter Gene Hernandez. The singer comes from an impoverished upbringing. Nevertheless, he has made it to the status of a multimillionaire riding the wave of musical success.

As a child, Bruno was once homeless. But he worked his way up from the bottom and now earns a lot of money. He produces one catchy tune after another and sings about love and heartache over and over again. Privately, Bruno has no heartache. Since 2012 he has been involved with a true beauty. His girlfriend, Jessica Caban, is a model in high demand.

Bruno Mars has an estimated fortune of 108 Million USD.

But how did Bruno Mars, who was once born in Honolulu, Hawaii, in modest circumstances, achieve worldwide fame?

His sisters, who also sing, were never able to reach the star status of their brother. Especially in Europe, hardly anyone knows the band “The Lylas.” The girls’ brother, however, has already made it to the White House and to Saturday Night Live several times.

The Forbes list of the 100 highest-earning celebrities for the year 2017 says that Bruno Mars has truly earned 60th place. In just one year, he has earned over 40 Million USD. His 24K Magic Tour has simply exploded like a bomb. A look at Bruno’s life story clearly shows that there is a lot of hard work behind these successes.

From rags to riches

Bruno Mars simply never gave up, although it took a long time before he was able to celebrate his groundbreaking successes, thanks to which he is now world-famous. The talented boy found himself on stage at the tender age of only four years.

At that time, he followed in the footsteps of none other than the King, Elvis Presley, one of the music legends par excellence, as “Little Elvis.” Bruno’s uncle and father were responsible for the variety show, thanks to which the superstar of today was able to stand on the stage for the first time.

The fortune of Bruno Mars

In later years Bruno continued his musical career by writing songs for Brandy and earning his money as a backup singer for the Sugababes. Today, it is impossible to imagine the international music scene without the former man behind the scenes. He is a worldwide superstar! The singer has also written successful hits for Flo Rida, Kesha, and Travie McCoy. Bruno could finally build his solo career on these successes.

In doing so, he succeeded early on in doing something that hardly any other male artist had managed to do. His first four singles all made it into the Top 10. The born entertainer has been nominated for the Grammy countless times in the course of his career and has been allowed to take home the prestigious music award ten times by now.

In 2018 alone, the Hawaiian-born entertainer won six of the coveted awards. His songs are already part of more than 160 soundtracks. At the halftime show for the 50th Super Bowl in 2016, the star shared the stage with Beyoncé.

Bruno Mars is on his way to becoming a true music legend who has always remained true to himself.

His performances with golden curlers on his head probably show that Bruno’s career is a source of incredible joy to the singer himself.