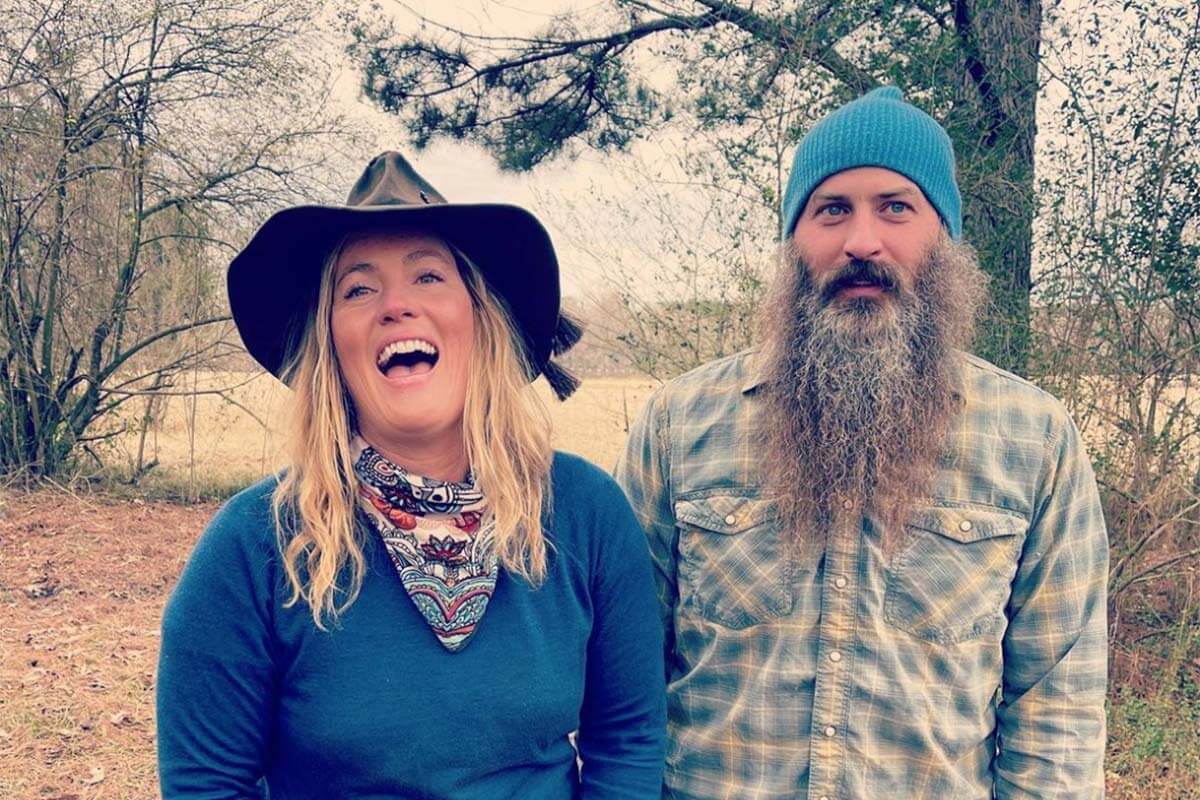 The apple doesn’t fall far from the three. Homestead Rescue’s Misty Raney is living proof of the old adage. The reality television star has followed in her handy father’s footsteps to become a farmer, homestead builder, and carpenter by trade.

A girl with a hammer

Together with her father, Marty Raney, and brother Matt Raney, Misty is the star of the hit reality series Homestead Rescue on Discovery Channel. The 42-year-old mother of one loves carpentry and creating things from scratch.

As a master carpenter, Misty has been working for the family-owned “Alaska Stone and Log” since she was a child.

Even as a young kid, she was into arts and crafts and dabbled in woodworking. Misty would follow her Dad and siblings around and, by observation, acquire exceptional skills for a self-reliant life on the homestead.

“I’m very creative,” she says. “I like to make things out of scrap materials or recycled items.”

As a homesteader, she does most of the work herself, from building fences to chicken coops and greenhouses. The fearless reality star also processes food, turning vegetables and meat into meals for survival.

Last but least, she knows a thing or two about preparing predator-proof livestock housing to keep farm animals safe from wild predators.

Misty Raney is actually not her last name

She has been married to Carpenter and Surfer Maciah Bilodeau since 2000, which makes her full name Misty Raney Bilodeau.

The couple welcomed their son Gauge Bilodeau in April 2011.

Little is known about her older brother Miles Raney. Her older sister Melanee runs raft and canoe expeditions during the summer.

In addition to being a homesteader, the reality TV star loves fishing and hunting with her family and enjoys eating what she catches herself. Misty believes this is an activity that brings her closer to nature.

“I grew up in a family where my dad hunted all year long,” she says. “My mom taught me how to shoot at an early age.”

Her husband Maciah is also a hunter, but he prefers fishing.

If you’ve been following the show closely, you might have noticed a weight gain in Misty from season one through season three.

Fans were concerned about the significant change in appearance,. After all, her mother, Mollee Roestel, and brother, Matt, have type 1 diabetes. In addition, Misty is rumored to struggle with OCD and stress-eat occasionally.

“It’s normal for people who live off the land to put on some pounds,” she explains. “You’re working hard and your body needs fuel.”

She admits there’s no way to know exactly why she gained so much weight. But she said she had much more energy than usual during filming.

“I think I got pregnant again,” she jokes. That, of course, led to speculations that turned out to be false.

How real is Homestead Rescue?

Fans have been left wondering who pays for the sometimes costly renovation projects on the show.

According to some former participants, the hit show occasionally embellishes certain elements to keep things interesting.

Season 1 couple Kim and Josh Zabec can attest to that. They filed a lawsuit against the show, claiming that the production crew portrayed them as complete amateurs.

In the first season, Episode 2 (“Under Siege”), the Raneys travel to Virginia to help the seemingly overwhelmed couple— and owners of Revolutionary Roots Farm — after pigs wrecked parts of their property.

Kim and Josh explained that production told them they’d have a spot on the show as experienced homesteaders, while in reality, it made them look like people who had no idea how to run their farm and needed somebody – like the Raneys – to rescue them.

You can catch Marty and his family in an all-new season of Homestead Rescue: Raney Ranch on Discovery+.