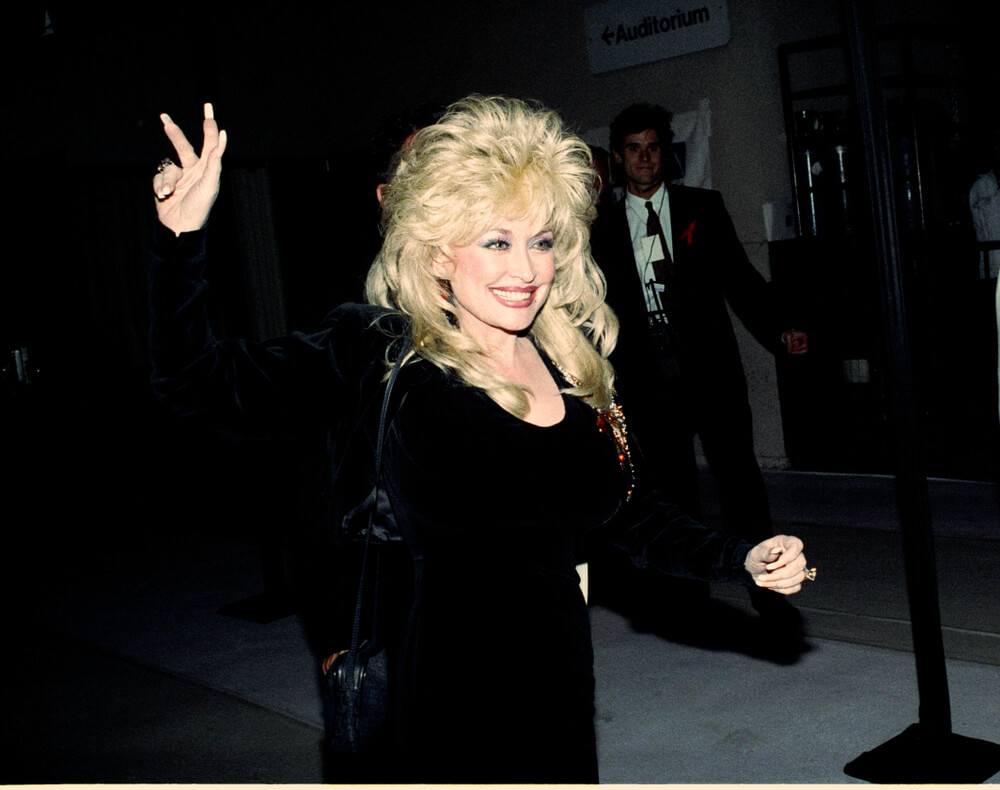 Country legend Dolly Parton loves children, there’s no doubt about that, but when asked why she never had one of her own, the answer is simple: it wasn’t in God’s plan.

Over the years, her fans have been wondering why the country singer and her husband of more than 50 years, Carl Dean, never decided to become parents. Parton even asked herself the same question.

In 2014, she told T. The Guard that she and Dean were talking about expanding their family when they got married in 1966, but her health problems bothered her: “If we had had a girl, her name would be Carla… Anyway, we talked about it, and we dreamed about it, but it wasn’t meant to be,” she said.

In her thirties, Parton underwent a partial hysterectomy and found that she could not have children. “Suddenly, I was a middle-aged woman. I went through a dark period until I broke away from it,” Dolly said in an interview Made for Mothers. “We never thought about adopting,” she added. “I don’t think I had the time. I had my career and everything; I had younger brothers and sisters, so I had that responsibility and that joy and that duty.“

Dolly Parton is “the perfect babysitter.”

Dolly Parton has always been a favorite aunt, a cool grandmother, and a fun babysitter. Let’s not forget that she is the godmother of Miley Cyrus!

Parton has talked about dealing with other people’s kids and telling The Huffington Post: “I am the perfect grandma, I am the perfect aunt, I am the perfect babysitter because I don’t have kids. So I bring them to me of my own choosing. They will not be thrown at me.” And if I keep them, if they get out of line, I just have to imply that I’ll bring them home or call their mother to pick them up. “

She knows why: “I have this high voice … I look like Mother Goose or one of those exaggerated characters, and children just gravitate to it,” she explained today in 2017. “You wouldn’t believe my place!” She told The Times UK. in 2010. “I have tree houses. I have caves. I love babysitting because it gives me the opportunity to play.”

Dolly Parton has become a “book lady” to millions of children.

Dolly Parton has dedicated a large part of her life to caring for children. In 1990, she founded a non-profit organization called Imagination Library, a community-based reading initiative that sends a free book to children every month from their birth until the age of 5.

Her charity has donated more than 100 million books and earned her a nickname – “the book lady”. The library’s literacy mission is very personal to Parton. “My father and many of my relatives, who also grew up hard, large families, could not actually get a chance to go to school because they had to work,” she told CNBC. “My father could not read or write.”

Parton’s work for children does not end here. In 2017, she published a children’s album entitled I believe in you. Many of the songs are personal and deal with important social issues, how to stop bullying, and be responsible.

Parton told The Huffington Post The release of a children’s album had been a goal of hers for quite some time. “I’ve been stacking children’s songs for years,” she said, “I write songs for the Imagination Library with all the books we’ve released, and then I write personal songs for my little nieces, nephews, and friends, so it just seemed like a good time.”

Speaking today, Dolly Parton said that fate had led her to become the mother of many children, rather than just the mother of her own children. “God has a plan for everything,” she said, “I think it was probably his plan for me not to have children so that all children could be mine. And they are now.”

Her nieces and nephews call “Aunt Grandma,” and through her, Parton says she is now enjoying her “second childhood.”

Parton celebrated her 74th birthday in 2020. The Queen of the country has a booming music career and is surrounded by her loving family members and countless fans. In a way, she is happy that it is just her and her husband Carl Dean in their big house in Nashville.

“Now that Carl and I are older, we often say, ‘Aren’t you glad we didn’t have kids? Now we don’t have children to worry about,'” she told Billboard in 2014.