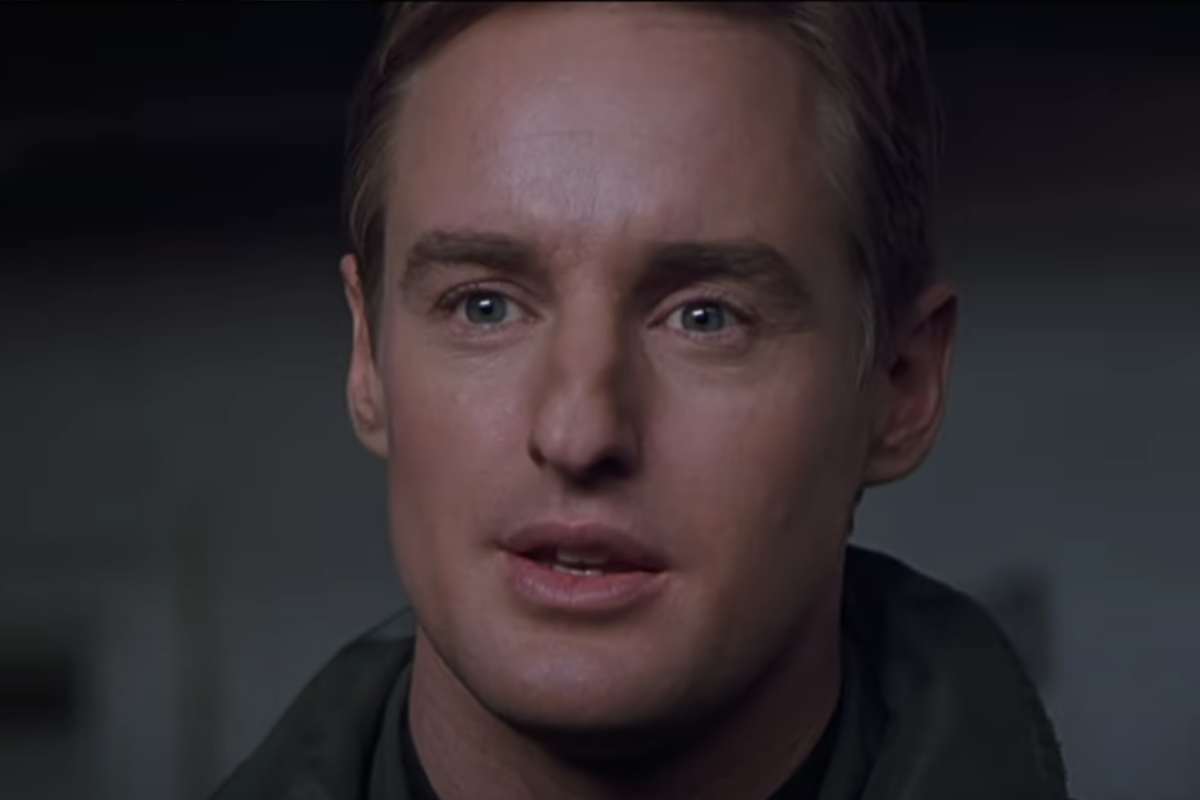 They say old is gold, and nothing could be truer than the 2001 Hollywood hit film Behind Enemy Lines. The movie was as captivating as it was controversial, making it hard for anyone who watched it to forget.

Given the dramatic unfolding of events in the movie, you might be left wondering: is Behind Enemy Lines based on a true story?

The film, starring Owen Wilson, borrows from real-life events but also attracted a lot of controversy and legal issues. Read on for all the juicy details about Behind Enemy Lines.

What Conflict Was Behind Enemy Lines Based On?

The movie Behind Enemy Lines is based on a true story. While some of the events in the film are fictional, others are a blow-by-blow account of real happenings.

The movie was inspired by the Bosnia conflict between 1992 and 1995. Directed by John Moore in 2001, the film tells the story of a fictitious Lieutenant U.S. Air Force flight officer, Chris Burnett, during the Bosnian War.

Burnett’s F-16 fighter jet is downed by the Bosnian paramilitary, leaving him with the choice to surrender or run and hide. He chooses the latter, forcing him to fight to survive without food or water for six days.

Chris relies on his resourcefulness to evade the Serbians. He protects himself from the enemy, potentially detecting his presence in the forests through radar communication. Meanwhile, he tries everything he can to send an SOS to his fellow officers, hoping they will look for and rescue him.

Who Was The Pilot Shot Down in Serbia?

Behind Enemy Lines was inspired by the true story of United States Airforce fighter pilot Scott Francis O’Grady, whose fighter jet was shot down on June 2, 1995, by Serbian paramilitary fighting the Bosnian War. He was part of the American fighters enforcing NATO’s no-fly zone.

On the day his jet was shot down, O’Grady flew alongside fellow fighter pilot Captain Robert Wright, each in their own F-16 Fighting Falcons. The two flew over northwest Bosnia in a routine air patrol, unaware of an undetected fixed missile air site along their route.

Wright’s high-flying reconnaissance plane eventually detected a potential threat and relayed a warning sign, but the NATO intelligence service did not pick up the signals on time. Unfortunately, the Serbian military did pick up signals of a U-2 plane flying over their airspace and quickly prepared to shoot it down.

The Serbian forces shot their missile, intentionally avoiding the use of radar guidance to avoid detection by the NATO intelligence units, only turning on their radar when they were near the F-16.

When the missile hit O’Grady’s plane, he ejected and activated his parachute. As he proceeded to land, he saw that paramilitary troops were chasing him in a truck. O’Grady cut his parachute, collected some essentials, and ran for safety into the woods. These real events were accurately portrayed in the movie.

According to O’Grady’s account, his enemies came really close to him as he hid in the forest. For instance, as soon as he landed and found a hiding spot, a man and boy came within six feet of him before walking away.

More men came in the few moments he went into hiding. They fired, searched, and moved on when they couldn’t find O’Grady. One thing that saved him was that he did not use his radio on the first day; he would have attracted the Serbians’ attention, and they would have located him if he did.

O’Grady stayed in the woods for six days, delirious with thirst and hunger. He tried using the radio to reach NATO forces in vain. On the fourth day, NATO picked up some of his radio signals but so did the Serbian military. Eventually, an order was sent out for the Serbians to stop looking for the American; this might have been O’Grady’s saving grace. This part of the Captain’s true story was also depicted in the movie.

Eventually, O’Grady made contact with one of his squadron partners, and NATO made the risky decision to enter enemy territory to rescue him. In the movie, Chris, who plays Scott O’Grady, is shown running into a clearing holding a 9mm pistol to respond to enemy fire. According to O’Grady, this scene is more action-packed than what happened in real life.

While the movie shows the Serbian paramilitary shooting fiercely at Chris as he tried to escape, in reality, O’Grady was never shot at, although he had the U.S. Marines covering him as he made his way to one of the helicopters on standby.

What did, in fact, happen is that the Serbian paramilitary forces aimed missile and anti-aircraft fire at the chopper as it flew away after rescuing O’Grady. The rescued Captain spent two days recovering on the USS Kearsarge before being flown back to the U.S., where he received a hero’s welcome.

Following the movie’s release, O’Grady did many television interviews, affirming that the movie accurately depicted the U.S. military’s rescue mission. But, he claimed that the film falsely depicted his character, portraying him as an arrogant, disobedient pilot, which is far from his character in real life.

The Captain sued 20th Century Fox for the movie and the Discovery Channel for a docudrama they made about his story. The lawsuit cited that both entertainment entities appropriated his life story without his consent and benefitted from false representation and false advertising.

The lawsuit was filed in the federal district court in Texarkana, Texas. In it, the complainant stated that he was troubled that Chris Burnett, who portrayed Scott O’Grady in the movie, was shown to be a ‘hot dog’ type pilot who used foul language and disobeyed orders, which is in contrast to O’Grady’s character.

Captain O’Grady claimed that this false depiction cost him his commercial image, given that he is a motivational speaker, writer, and children’s mentor. For damages, he asked that the court award him a portion of the movie and documentary’s profit, triple the amount of damages he sustained, including legal fees, and an additional amount the court deems suitable. Eventually, Fox and O’Grady settled the matter out of court while the judge ruled in favor of Discovery.

So, there you have it: The movie Behind Enemy Lines is inspired by the remarkable story of Scott Francis O’Grady. As is the case with all films, some events are portrayed as accurately as they happened in real life. At the same time, other parts of the movie are fictitious and only serve to tell the story seamlessly while entertaining viewers.