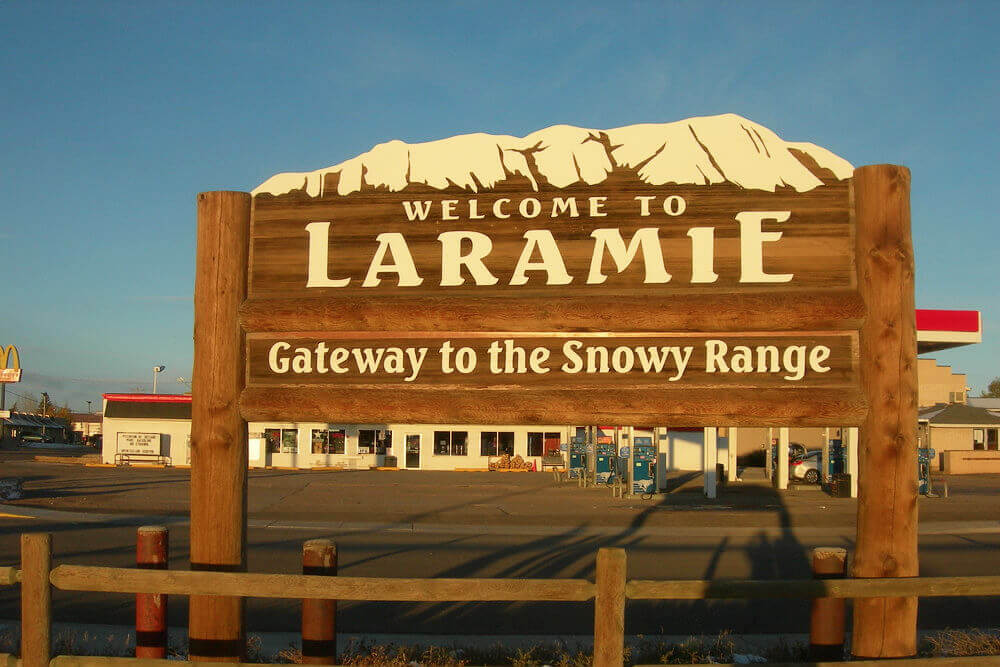 Today’s generation may think that Friends is the biggest classic that aired on NBC, but the channel had been churning out hits since the 50s. One of the most popular western shows of all time first aired on NBC in 1959.

Laramie only ran for four years but is still very much alive and watched by those who miss the good ol’ days when cool macho cowboy characters owned the screen. 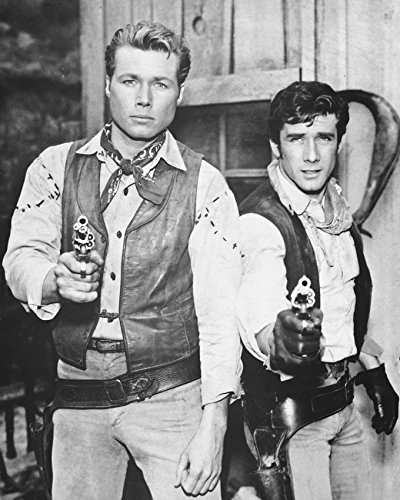 More recently, the 2020 Covid-19 lockdown saw people binging Laramie again, and as a result, the show’s DVDs, sold on Amazon, actually went out of stock.

People even go to visit Fort Laramie after watching the show.

Laramie was one of the first shows that transitioned from black-and-white to color. And: the show had its first color episode when NBC introduced its multi-colored peacock logo!

The western show produced by Revue Studios was about two Sherman brothers. The Sherman brothers and another character – Jess Harper -work together to clear the name of their late father, Matt Sherman.

He was killed by a greedy man who just wanted his land. He was also accused of helping Confederates during the American Civil War.

By the end of the first season, they had caught the real culprit, an Army major who was behind this whole conspiracy.

The Life Of Cast Members After Laramie Ended

In the third season of Laramie, two new faces were introduced to the cast. Spring Byington had just wrapped December Bride and was popular among the audience.

Dennis Holmes as Mike Williams also became a part of the series in the same season.

Some of those regulars went on to do bigger things in Hollywood. It gave John Smith the role of a lifetime, and Robert started his streak of hits from this series.

On the other hand, Laramie attracted well-known outside acting talent over the years. Some even had multiple guest appearances on the show.

John played the character of Slim Sherman, the owner of the Sherman ranch. Smith was most famously known for his role as Slim. There was a time when his fan-following was so huge that everyone was suspecting about him leaving the show for something else.

But he didn’t go anywhere and played his part till the end of the show. He didn’t become a part of anything big after Laramie, and to his millions of fans worldwide, he gave a career-best performance as Slim.

Sadly on 25th January 1995, he passed away due to heart problems and cirrhosis.

He is still remembered as the tough ranch guy by the show’s viewers, and this is the true legacy he left behind. In 2007, he was even awarded a “Cowboy Spirit Award” posthumously in Arizona at the “Festival Of West.”

Robert played the character of an immature Jess, who eventually grew on everyone throughout the show’s run. After the end of Laramie, Fuller went on to be a part of two big shows.

He also got meaty roles in many movies and enjoyed a fruitful career. He was so in demand that the makers of Walker, Texas Ranger wrote a guest role specifically for him. Robert wanted to leave acting long before he actually took retirement. 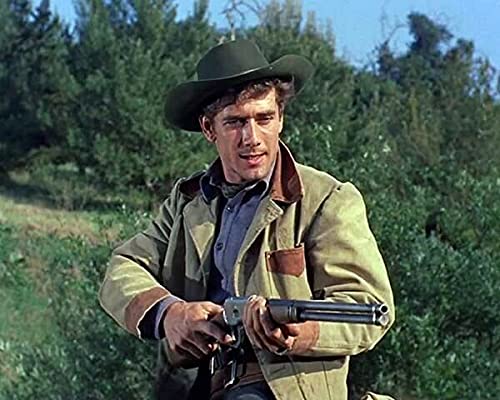 Throughout the 90s, he talked about not wanting to act anymore, but people kept on convincing him to work for them. He finally got married in 2001 and then announced his retirement in 2004. Currently, Robert is 88 years old and enjoys a farm life.

Hoagy Carmichael played the character of Jonesy and starred only in the first season of Laramie. He was already a popular musician and focused on his music career after leaving the television series.

Early in the show, he was the only character the audience was rooting for, as everyone else was just plain dislikable. Unfortunately, Carmichael left for his heavenly abode on 27th December in 1981.

After the show, he mostly worked behind the camera. He worked actively until 1988, his most notable films are “The Sting” and “The World According To Garp.”

Robert also attended the show “Festival Of The West” in 2007, where they had paid tribute to his show “Laramie” and awarded John Smith.

Spring played the character of Daisy Cooper, and she first appeared in the third season of Laramie. Her character was mainly written as someone like Jonesy. She was the wise and calm one.

Whenever the boys would get out of control, Spring was the one that had to set them straight. Sadly, the actress died on 7th September in 1971 due to cancer.

Dennis Holmes played the character of Mike Williams and also came in the third season. Dennis was a popular child star and didn’t do much work after Laramie. He was also present with his fellow cast members in the “Festival Of The West’ where they paid tribute to their show. He currently resides in California with his family and enjoys a peaceful life.

Stuart played the character of Mort Corey and was one of the best supporting characters in the history of television. After the show ended, he didn’t work much regularly, and in 1971 he officially retired from acting.

Eddy portrayed the character of Mose Shell, and he was lauded for the authenticity he brought into his role. This was especially true for him since he was an actual cowboy and nailed the nuances of Mose.

The real-life cowboy bid goodbye to the world on 20th August in 1977. The cause of his death was revealed to be a stroke.

Why did Laramie end?

Laramie was one of those shows that acquired a greater fanbase after it ended.

During its run, the series was always hanging by a thread with the network.

They had a loyal fanbase, but it wasn’t that great in numbers. Eventually, in 1963, NBC decided to ax the show due to low ratings. After the television series ended, many people discovered it on DVDs.

As time went on, the Western genre got completely wiped out. In the 70s, the world got introduced to soap operas.

They were either drama or romance. In the late 80s, comedy became a huge seller for advertisers, and throughout the 90s, it remained the ultimate audience puller.

Now, with the emergence of streaming platforms like Netflix and Amazon, things are changing. Show creators are getting more courageous with their ideas, while dusty TV westerns from way back find their way into our hearts for a second shot at glory.