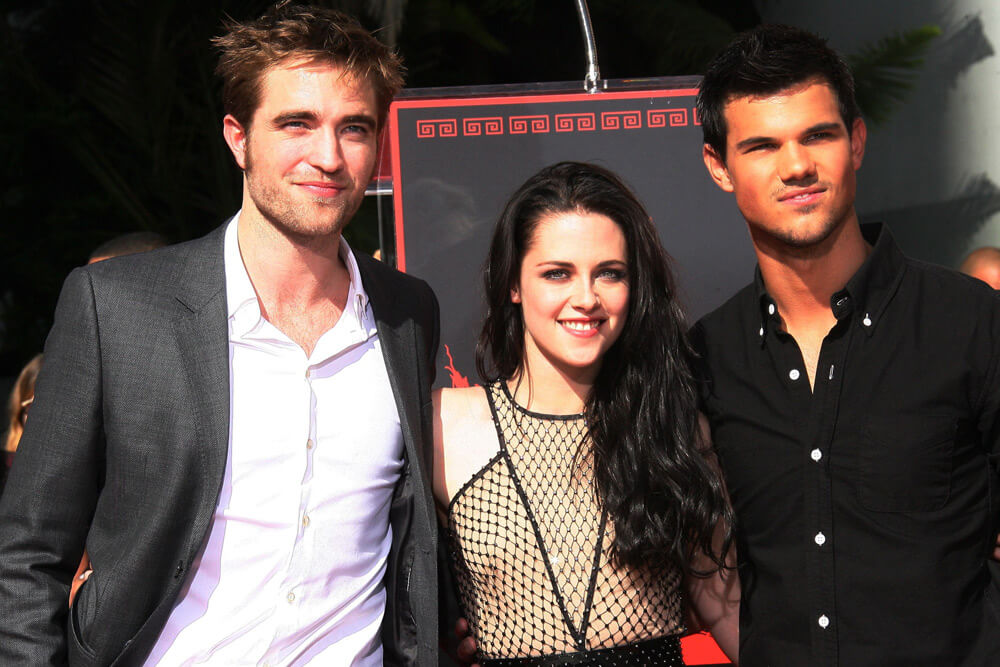 In 2008, the first Twilight movie was released, and it took the world by storm. It was one of those mainstream movies that successfully cemented its position in pop culture. To put it simply, the cheesy teen romance film made vampires more desirable than ever.

From a simple movie about a vampire and a girl, it soon turned into a billion-dollar franchise. You may think that this kind of movie in a filmography is the dream of every actor.

Well, it turns out that the leading man of the movie, Robert Pattinson, doesn’t share the same thoughts. On multiple occasions, he showed distaste for his life-changing role in Twilight. Let’s take at every time Robert reminded everyone why he is not a fan of the blockbuster hit.

Over the years, many people have pointed out how creepy the intense love story actually was between Edward Cullen and Bella Swan. Cullen was a 108-year-old vampire, while Bella was a minor in high school.

Even Robert couldn’t digest this fact and was disgusted by it. He even ran out of the premiere screening when Edward started getting close to Bella. Pattinson said he never understood how Bella liked him even after he told her he had killed many people.

The movie star has even called out the writer Stephenie Meyer for writing such a story.

According to Pattinson, it was disturbing how she imposed her sexual fantasies on her fictional creation. After reading the script, he often felt quite uncomfortable, as it felt like reading something from her dream journal.

In a candid interview, he didn’t mince his words at all when E! asked him about his experience:

“It was like reading her sexual fantasy, especially when she said it was based on a dream, and it was like, ‘Oh, I had this dream about this really sexy guy,’ and she just wrote this book about it.”

Needless to say, the movie series was a rage among the pre-teen demographic. From fanfictions to fan accounts, Twilight truly took over the internet. For them, it was a majestic story, and they were crazy about Rob’s fictional character.

The attention that fans showed obviously didn’t go down well with the leading actors. Both Robert and Kristen hated being famous as they were constantly being mobbed by fans who stalked them tirelessly.

Robert even felt watched when he was at his own home because the fangirls would always be sitting in front of his house.

When the first Twilight movie was released, critics panned the movie for its dumb story only for tween girls. Even Robert had said that he felt his mind stopped growing when he started working in Twilight.

Sometimes he would try to fact-check something, and the information just made him hate the plotline more. There was a scene where he had to “chew through a placenta” when Bella gave birth.

He was repulsed by the whole scene and called it plain stupidity.

Kristen Stewart and Rob Pattinson’s chemistry was indeed the biggest factor in making Twilight a global phenomenon. The actors were as much in love off the screen as they were portraying on screen.

The young couple became the talk of the town, and everyone was rooting for them. Then a picture leaked in which Kristen Stewart was kissing Rupert Sanders. He was the director of her movie Snow White and the Huntsman.

This turned into a huge scandal that left Robert Pattinson utterly humiliated. The media pressure was so much that Kristen had to apologize publicly. This incident added another reason in the list why Robert didn’t like working on The Twilight Saga.

Fans would be happy to learn that nowadays, Robert doesn’t hate his five-film franchise as he once did. The actor said now that the intensity around it had died down, he could actually enjoy some “warm memories.”

Pattinson praised the soundtrack of the movie, which he thought was ahead of its time. Even the late 2000s fashion in the movie doesn’t feel cringey to him now.

However, he clarified that his newfound fondness doesn’t mean that he’ll be up for a reboot.