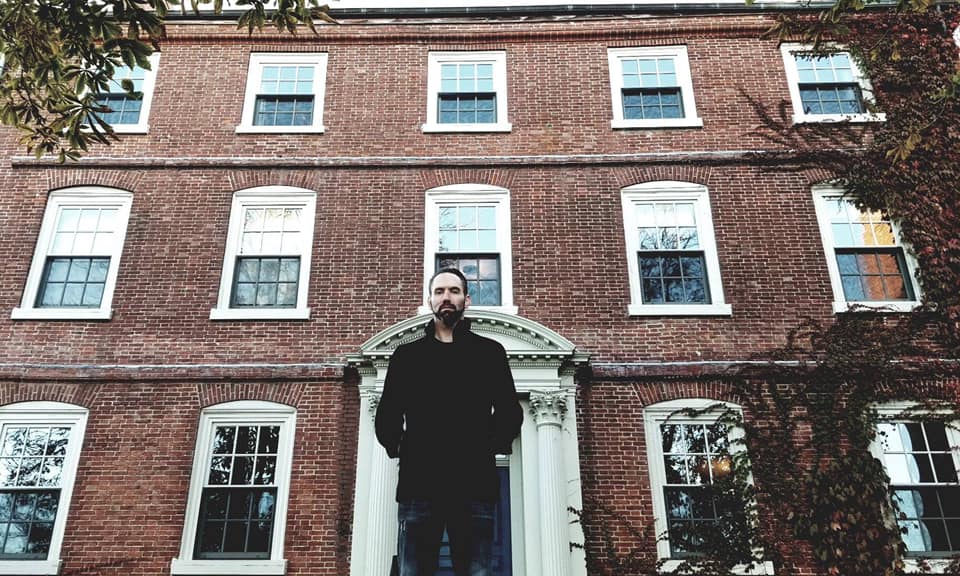 The considerable following was attributed to the show’s trio investigators, Nick Groff, Zak Bagans, and Aaron Goodwin. They led the show’s fans on a thrilling journey investigating different places reported to be haunted by spirits.

Nick and Zak also acted as the executive producers of the documentary series. Everything changed on 24th November 2014 when Nick announced he would be leaving the show after ten straight seasons.

His fans could not believe it, as he was at the height of his career and had played a considerable part in the show’s success.

Why Did Nick Depart from Ghost Adventures

Upon leaving the show, Nick chose to keep quiet about his reasons for exiting. But, there have been multiple speculations explaining why the handsome star left the reality program.

Speculations should be taken with a pinch of salt; however, certain pieces of information can be added together to explain the reasons for his departure.

What Happened Between Zak Bagans and Nick Groff?

Many fans of the reality show can admit that Zak became more prominent in the show, while Nick became less visible as the seasons went on.

Zak was obsessed with being the show’s star, and he always wanted to be the frontman. This did not sit well with Nick, as he felt his contributions were being limited.

There are also reports that Nick had specific methods he wanted to follow during investigations. Still, they weren’t considered for the show, which further increased the tension between the two lead investigators.

The beef between Nick and Zak was confirmed by Zak’s tweets, that many people believed were directed at Nick.

The tweets came after Nick promoted a show he got involved with after leaving Ghost Departures, named Paranormal Lockdown.

Zak tweeted, saying he was ‘disgusted’ by a former cast member who took advantage of his past Ghost Adventures’ experiences to market a new show.

And while he didn’t mention the name of the cast member, anyone and their cat could tell that he was referring to Nick.

To Focus on his Own Production

At Ghost Adventures, both Nick and Zak were ghost hunters as well as executive producers of the famous series.

This means that Nick did not have sole freedom to direct the show, and many people believe that this may have prompted him to leave and pursue his production journey.

And true to that, after departing from Ghost Adventures, Nick did not waste time before starting his show, Paranormal Lockdown.

Many of his fans followed the new show, a testament to his immense impact on paranormal live television.

Unfortunately, Paranormal Lockdown was not as successful as Ghost Adventures. After three seasons, it was canceled due to what Nick described as television politics.

In a video he posted online, Nick explained how he had spent the last 15 years exploring the paranormal and the adventure, history, and life-changing experiences he had encountered during that time.

However, he moaned that society was opportunistic despite all that he had done and quickly forgot all his contributions.

Before Nick left Ghost Adventures, he promoted another show named Ghost Stalkers, which was to be aired on a different channel. Apparently, Travel Channel felt that Nick was breaching his contract with them. And so they dismissed him from the television series.

Some close associates of Nick say that by the time he started promoting Ghost Walkers, he was already dissatisfied with Ghost Adventures’ direction.

By each passing day, he thought that the show had lost its originality, and there was a need for more exploration of the paranormal.

This led him to work on Ghost Stalkers while still contracted with Travel Channel, a decision that would eventually cost him his job.

Silence has not helped the Situation

Ever since leaving Ghost Adventures, neither Nick nor the former cast members of the show have come out forward to explain that decision.

For someone who helped the show gain its massive following, many fans think there should have been a formal explanation for Nick’s departure.

At the moment, it’s impossible to say with certainty why he left the show, and we can only speculate on the most probable reasons.

There have been rumors among Ghost Adventures’ fans on social media that Nick may soon be back on the show.

Only at the moment, those are just that – rumors! But if it happens, what a joy it would be to see Nick and Zak collaborate like the old days in another ghost hunting expedition.