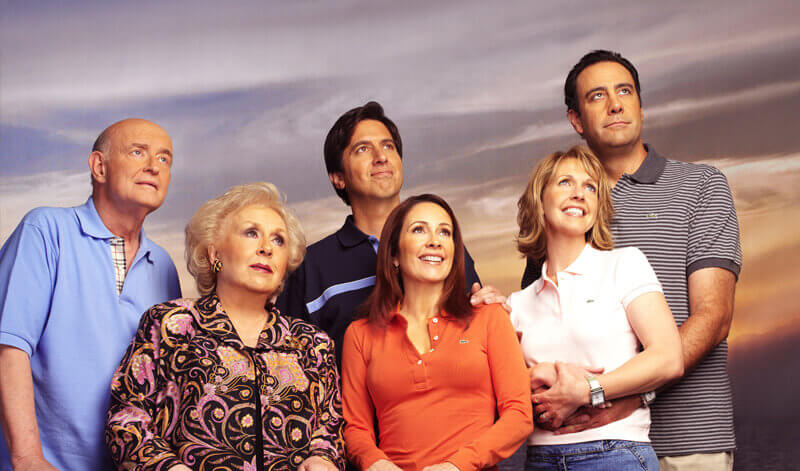 One of the sitcoms people keep remembering as having a profound impact on their lives is Everyone Loves Raymond.

Thanks to its humor alongside relatable stories around the family unit, it was an instant classic back in the day. The disputes between Marie and Frank (Ray’s parents), Ray and Debra’s marital banter, and Ray and Robert’s sibling rivalry resonated well with many people.

Despite starting on a low tone, the show went on to become one of the best rated. By the time it ended in 2005, it had already garnered a dozen Emmy awards and 69 nominations, among other awards.

No doubt it was loved by all. However, the show came to a stop after nine hilarious and entertaining seasons. Just what happened?

Ending on a High Note

When a great TV show comes to a sudden halt, most fans jump to conclude that the network canceled it for one reason or the other. It happens all the time. The most recent cancellations include the legal drama Suits, which put Megan Markle on the map (and on Prince Harry’s radar), as well as our favorite Orange Is the New Black.

Fans are still coming to terms with the reality of saying goodbye to these long-running shows, among many others.

Back to Everybody Loves Raymond… the great classic of the mid-90s and early 2000s was not canceled. At least not by CBS itself.

What really happened is that the producer, Ray Romano (also the main star in the sitcom), and creator, Phil Rosenthal, decided to end things on their own accord.

As a matter of fact, CBS was expecting the show to air season ten of the well-acclaimed family drama.

When asked why they ended Everybody Loves Raymond, Rosenthal claimed that he wanted to end things on a high note. The talented writer and actor didn’t desire to have a long dragging show that might have fizzled out to low ratings.

This is what Rosenthal had to say about the whole thing:

“We wanted to leave the scene before someone forced us to. You want to go off air before you exhaust your welcome. And we loved our fans too much to leave before we got to the lousy stage. We wanted to quit before we reach that level.”

Rosenthal went on to explain that he thinks the show ended well. “I have seen many TV series that didn’t end on a good note. I was not going to join the list.”

If you know a thing or two about Everybody Loves Raymond; you can confirm that the storylines were based on real-life events.

Most of the episodes were written off of the lives of the show’s creators, especially Romano and Rosenthal.

Ray’s real-life wife actually got used to watching her own marital drama unfold on TV. Ray’s on-screen kids are even named after his own three real-life children.

After 210 episodes and nine seasons, stories get depleted. In addition to that, Rosenthal was careful not to air everyone’s family secrets out in the open.

“Ideas ran out,” Rosenthal said. “If you were one of my employees, I would ask you to go home, get into a fight with your spouse, then come back and explain how things went down. That way, we’d have an entertaining show. After nine years, if we’d continue with the trend, our marriages would break. We made sure things didn’t come to that.”

Although none of Everybody Loves Raymond’s producers said it, there’s a high chance that the decision to end the classic sitcom was also based on Peter Boyle’s deteriorating health.

Peter, who played Ray’s dad, Frank Barone, was ill for most of the later episodes of the show, especially the 2004-2005 Season. He once had a heart attack in 1999, right there on set, but he survived and kept working.

However, fans could see that he was not in top shape despite showing up to work. SADLY, the TV star lost his battle to cancer on December 17, 2006, exactly one year and seven months after the CBS sitcom finale.

Since Boyle was one of the main stars of Everybody Loves Raymond, the producers of the show might have opted out before they lost him on the show. This is pure speculation, though.

The Short And Sweet Ending

After nine long years of being on-air, you’d expect Every Loves Raymond to end with an hour-long emotional goodbye finale like many shows. However, Rosenthal and Romano had other plans for the show.

Ray has a surgical procedure in the finale episode and a mild complication that throws everyone into panic mode. The ending scene shows the family sharing a meal around a table.

Apparently, the producers wanted to end the show on a rather familiar tone. They were not looking for hour-long bloated finales. Those are atypical and boring, according to them.

They say every good thing must come to an end. Everybody Loves Raymond lived up to this statement after nine entertaining years on TV. Although fans would have loved to see the storyline unfold further, it is probably better that things ended on such a high note.