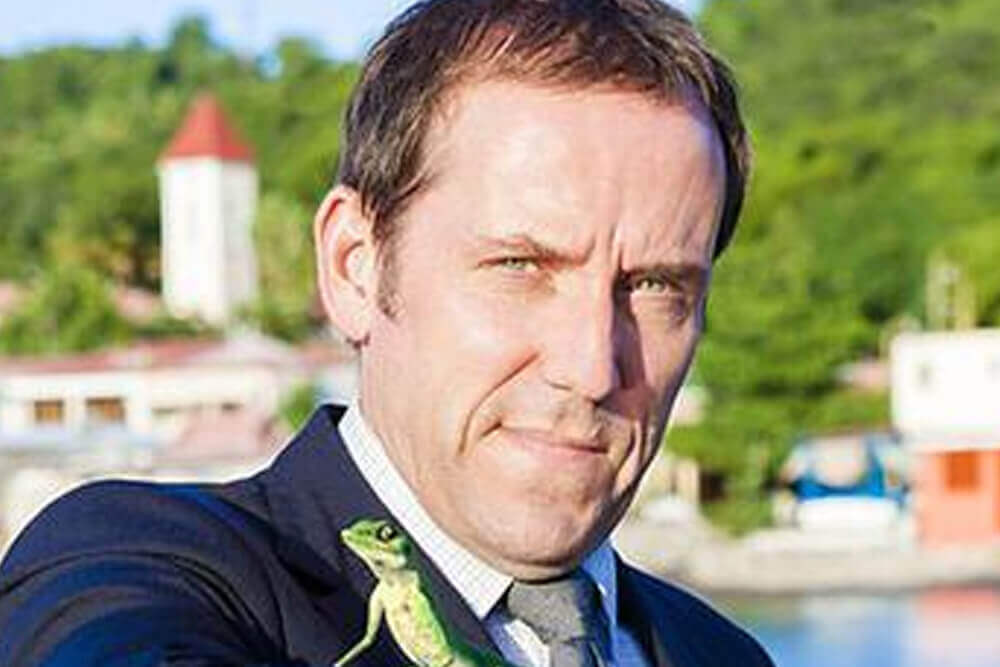 When the main character leaves a television series, it is usually a brewing sign that the series is heading for cancellation – especially when it involves the departure of a protagonist.

While the show remained widely popular, nobody could do uptight detective like Ben could, leaving fans wondering why Ben Miller had to exit the tv series.

How did Ben Miller leave Death in Paradise?

Death in Paradise is a British detective series set on the beautiful fictional Caribbean Island of Saint Marie that features weekly murders and a hint of comedy.

His eccentric character and hatred for the tropical island life brought the comic relief we all like to see in a crime drama series – and his psychological genius seen when solving baffling crimes made each episode an adventurous experience for viewers.

Unfortunately, in 2014 Detective Inspector Richard Poole was killed off during the first episode of the third series. The brilliant detective was stabbed by a fellow student with an ice pick at a Cambridge University reunion for threatening to expose the killer’s identity theft.

DI Humphrey Goodman, played by co-star Kris Marshall succeeded him as the new detective that steered the ship.

Why did Ben Miller leave Death in Paradise?

The brilliant actor had an understandable explanation for why he left Death in Paradise during a period where he arguably was soaring in likeability with fans. As per Digital Spy, he left the show for family reasons. He struggled to leave his family for long periods, but it became more apparent when he received news that he was about to be a dad.

“Two weeks after I arrived in the Caribbean, Jessica found out that she was pregnant,” he revealed.

According to Entertainment Daily, the idea that he would not see her while he filmed for the show was antagonizing.

“That threw everything because it meant she couldn’t come and visit me for the six months I was out here.”

At the time, he added, “I’ve just got divorced, and I’ve finally met somebody, and now I’m on the other side of the world, and we’re having a baby. That’s a proper curveball to be on the end of. So I knew what I had to do to get my wife back – quit Death in Paradise!”

Miller divorced his wife, Belinda Stewart Wilson, in 2011 and re-married Producer Jessica Parker, who is the daughter of British musician Alan Parker.

Understandably wanting to save his relationship, fans still found his departure a hard pill to swallow. Having several wonderful moments on the show, Miller revealed he would miss the show.

When asked by Digital Sky if he would return to the show, Miller did not rule out a return but emphasized that there was no talk about one whatsoever and that it was final.

Who else left “Death in Paradise”?

Since the show’s inception in 2011, nearly the entire cast has changed.

Some of the departures included Gary Carr – Fidel Best’s swift send-off at the beginning of series four. Fidel had been promoted and was moving to the neighboring island of Saint Lucia. The former Downton Abbey actor, who spent three series as Fidel’s protocol obsessed on the show, did not reveal why he left.

When the British-French crime drama show returned for its eighth series, fans were shocked to see the beloved Actor Danny John-Jules as Dwayne Myers depart from the show. Danny went on to shine on the dance show Strictly Come Dancing, fulfilling his desire at the time to get “a bit more razzmatazz” in his life.

Fellow Detective Florence Cassell, played by Josephine Jobert, waved her goodbyes to the show midway in the eighth series for personal and professional reasons.

Did Ben Miller return to Death in Paradise?

Clearly, Miller’s judgment of not returning to the show may have come too early as, despite his character being killed off, he was part of the 10th-anniversary series celebration, bagging himself a series 10 cameo.

Fan Favourite Camille Bordey, who the gawky detective had a romantic liking for, also returned to the sunny shores for an episode in the tenth season – reigniting memories and sparking a sprinkle of intrigue.

While his comeback was short-lived, it is comforting to know that DI Poole remains a fans’ favorite detective on the Fictional Island of Saint Marie.