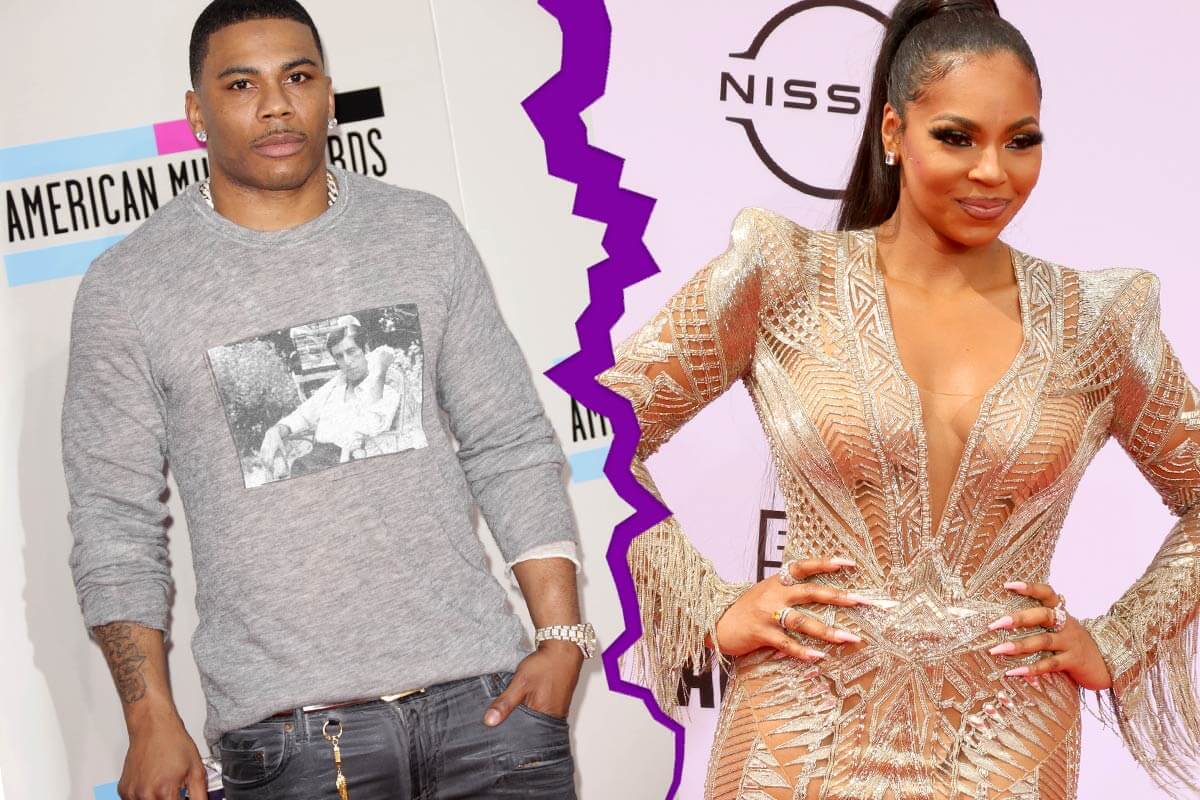 Ashanti and Nelly were the It couple in the early 2000s, but despite being huge celebrities, they kept their relationship low-key. The two dated for a decade, and fans and those close to them believed they would get married. However, this was never to be after the mega stars called it quits.

News of the breakup was surprising; these two looked so good together and had managed to protect their relationship from the public eye. So, fans on both sides were totally shocked. The truth is, many are still hoping the pair will get back together even though it has been close to a decade since their infamous breakup.

So, why did Ashanti and Nelly break up? What was the reason behind their split? Read on for the insider deets on their very private breakup.

Nelly and Ashanti Dated For Years and Almost Got Married

Ashanti and Nelly dated from 2003 to 2013 and did a good job keeping their relationship private. According to the Foolish singer, the two met at a press conference for the Grammy’s, and Nelly asked for her autograph.

“‘I think he was being kinda sarcastic, but I remember writing it (autograph) down on the program. For the record, it took a very long time before he got my number,” the female singer said.

Nelly’s career started in 2000 after releasing his debut single, Countr Grammar (Hot Sh*t). He released a similarly titled album in the same year. The Country Grammar album has sold more than 10 million copies to date and has rightfully achieved the RIAA diamond certification.

Ashanti’s star also shone at around the same time. Her collaborative singles, Always on Time and What’s Luv with Ja Rule and Fat Joe, respectively, put the R&B princess on the map. The two songs rose to number two on the Billboard 100 chart, making Ashanti the first-ever female R n B singer to accomplish such an achievement.

By the time they met in 2003, they were some of the biggest and most sought-after new artists of the millennium. Their relationship was strong and low-key, but Nelly and Ashanti called it quits in 2013.

What Happened With Nelly and Ashanti’s Relationship?

Despite being big Hollywood stars, Nelly and Ashanti never came clean about why they broke up. For almost two years after their split, neither came out publicly to explain why they decided to part ways.

But, in 2015, Ashanti eventually broke the silence on The Meredith Vieira Show. The Rock Wit U singer said, “I think when people are insecure, they act out of character. I was betrayed.”

She continued, “I am not a fan of people being cowards. But I am now in a different place.”

The other time Ashanti brought up the ”betrayal” issue was at a 2018 concert where she said while on stage, “I have been publicly betrayed before.”

In response, someone in the crowd yelled, “F*ck Nelly!” and Ashanti responded by pointing at them and saying, “Word.”

Her response at that stage confirmed a long-time suspicion: Their relationship ended because Nelly betrayed Ashanti, not vice versa.

In 2019 during an appearance on Watch What Happens Live With Andy Cohen, the singer confirmed that she hadn’t seen or heard from the Hot in Herre rapper since they parted ways.

Did Ashanti Get Married?

After breaking up with her long-time boo, Nelly, Ashanti was rumored to have found new love. But, as usual, she denied such claims and has pretty much kept her love life under wraps.

The R&B princess dropped her new single, Falling For You, back in October 2022, and fans have been wondering if she is dating and if they can expect a Nelly-Ashanti reunion.

At the same time that she unveiled the new music, she also talked to Angie Martinez about her affair with Murder Inc. CEO Irv Gotti in the early 2000s.

On Martinez’s podcast, Ashanti claimed that she was never Irv’s girlfriend because he was involved with several other women while married to Debbie Lorenzo.

In a separate interview with The Shade Room, the Happy singer updated fans on her relationship status.

“My relationship status is complicated,” she said.

The 42-year-old singer continued, “I would have to believe that you made an honest mistake genuinely. I would have to know that your intent was never to hurt me.”

Ashanti and Nelly Reunited in September 2021

No one saw that one coming, but Nelly and Ashanti reunited and even shared an intimate hug at Ja Rule’s and Fat Joe’s Verzuz battle in September 2021.

Nelly walked on stage and greeted Ashanti with an intimate and lingering hug, igniting jitters among fans hoping the two would get back together, given that Nelly is single after breaking up with longtime girlfriend, Shantel Jackson.

In August 2022, the pair reunited again after Ashanti made a surprise appearance at Nelly’s Oakland, California, show. The former celebrity power couple danced intimately as they performed their 2008 single, Body on Me.

Well, it would be nice to see Nelly and Ashanti reunite after such a long time. But fans shouldn’t expect much because the Foolish singer seems to have put the past firmly behind her.