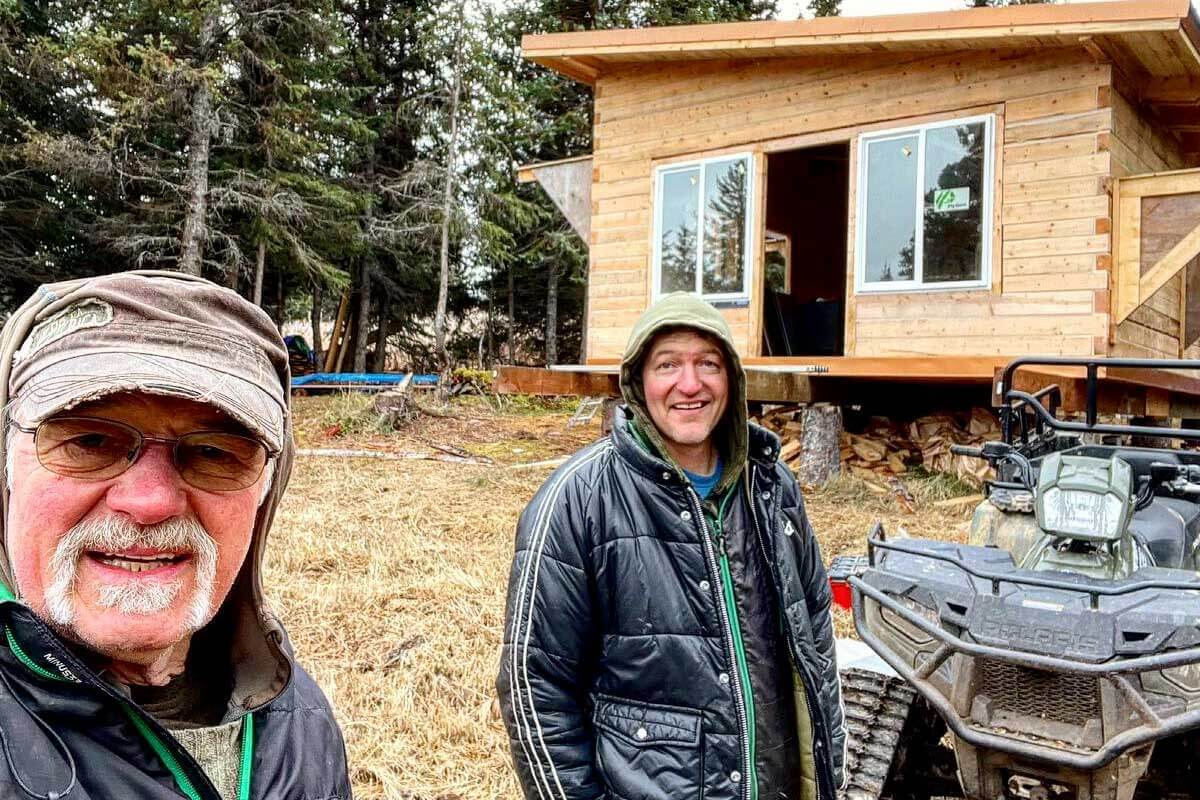 There is no doubt that Alaska The Last Frontier is one of the hottest shows to come out of Discovery Channel. The hair-raising thrill, near-accidents, brushes with death, and the breathtaking landscape can tempt you into binging this long-running reality TV show.

The thrill aside, accidents are a major risk for anyone navigating this landscape. Unsurprisingly, fans have been concerned that some cast members died in accidents.

So, who died from Alaska The Last Frontier? Is it true that some cast members died in their escapades? We did some digging, and what we found out may surprise you.

Is Otto Kilcher From The Last Frontier Dead?

Over the years, death rumors have swirled around about Otto Kilcher. So let’s clarify it here: Otto from Alaska The Last Frontier, is not dead. Rumors that the old man is dead are nothing more than hoaxes.

That said, the reality star has suffered serious health issues and has come very close to dying. The most life-threatening incident we saw on camera was in 2016 when Otto was in bed writhing in pain from a potentially fatal blood clot.

At the time, his doctor warned him that he could die in less than 48 hours if the clot climbed to the lungs. The good news is that he bounced back and gained enough strength to continue his day-to-day activities.

As if that was not enough, in season 11, Kilcher got trampled over by a cow during a massive snowstorm, an incident that left him begging for dear life. After the season premiered, Otto posted a video on his Instagram showing him heading into the snowstorm. In the video, he is heard saying, “Say hi to all my friends if I do not make it back,” as if predicting the encounter that awaited him.

Also, in the video, we see a group of oxen, and we can now assume that one of them attacked the old man, leaving him in critical condition. Emergency responders braved the severe snowstorm and managed to get to Otto just in time.

Otto captioned his video, “It was a great day at the head of the bay, but it all ended poorly. The snow storms and high tides are not a problem but being trampled by a bovine and having emergency responders show up-not so cool.”

His fans empathized with the reality TV star. “I cried a bit for you, Otto, but I am so happy that you are OK,” read one comment.

“So happy that you are still here. You bring joy to others. Enjoy each day,” another one said.

Although his family worried that the patriarch would not come back alive this time, Otto beat the odds once again and bounced back, assuring his fans that he was fit as a fiddle. In one of the episodes, we even see Kilcher riding a horse in search of black bears at the head of the bay.

So, Otto Kilcher is not dead; he is alive and kicking and continues to keep his fans entertained.

Another member of the Kilcher family rumored to have died is Atz Lee Kilcher, Atz Kuno’s son, and Otto’s nephew. So, is it true that Discovery Channel’s Atz Lee died?

Fortunately, Atz Lee is not dead. He did, however, encounter a near-death experience in 2017.

In a statement shared on Facebook, Atz Lee’s wife said that the experienced hiker had fallen off the edge of a cliff while hiking in Otter Cove.

“He has a broken arm, shoulder, ankle, hip, two punctured lungs, and crushed hips,” she explained.

It turns out that Atz was hiking alongside a friend who fell but sustained minor injuries. His wife admitted that the road to recovery would be long and challenging.

After much effort by the doctors to save his life, Atz came out alive. He later sued the Otter Cover resort for 100K in damages, claiming that the resort failed to warn visitors of the danger of walking on the cliff.

According to the reality star, the cliff from where he fell was inadequately guarded, and there was only a warning about the steep edge of the land, which he considers deceptive and dangerous.

The resort claimed that Atz knew the dangers of walking on the cliff; he had already assumed liability before his fall.

It has been a couple of years since this incident happened. Atz’s road to recovery was long and hard, but he eventually bounced back and is going about his life as normal.

Documenting his recovery on Instagram, Atz said at the time, “Thankful to be alive and home with my beautiful family. I am healing nicely, considering how many bones I broke. I feel a little stronger every day.”

He continued, “I know my family has got my back, and I will be amongst the walking. Dig deep, work hard, and never give up.”

Did Shane Kilcher Die On Alaska The Last Frontier?

Like Otto and Atz, Shane almost died after suffering a catastrophic injury. In a video Discovery posted on Facebook, Shane fell off a ladder when building his cabin.

The then 46-year-old suffered a horizontal fracture that extended all the way to his L2 vertebra.

His wife, Kelli, updated fans on Shane’s condition. “Shane fell off a ladder and broke his back so we are in the hospital in Homer, ” she said.

Kelli explained that they had big plans, but all that was now in limbo. “How bad will it be in the long run? He is not moving, and if he cannot get around… he is doing all the building, so…”

Well, it has been five years since Shane, the son of Lenedra Jewel and Atz Carroll, suffered this terrible ordeal that left his family wondering whether he would make it out alive. Fortunately, Shane recovered well and is back to doing life as usual.

Despite the many rumors, no one on Alaska The Last Frontier died. There have been a few more accidents here and there, some of which we have seen on the reality show and others we have probably not. These accidents are inevitable, given the harsh landscape the Kilcher family calls home.

Going by the latest episodes, most cast members are doing quite well. Also, remember that this is reality TV, so the drama and news about accidents and injuries are likely exaggerated a bit for ratings.

So, our best advice: It is OK to feel bad for your favorite cast members on Alaska The Last Frontier when something unfortunate happens. But you probably should not worry too much— some of the stuff on reality TV is not entirely ‘real.’