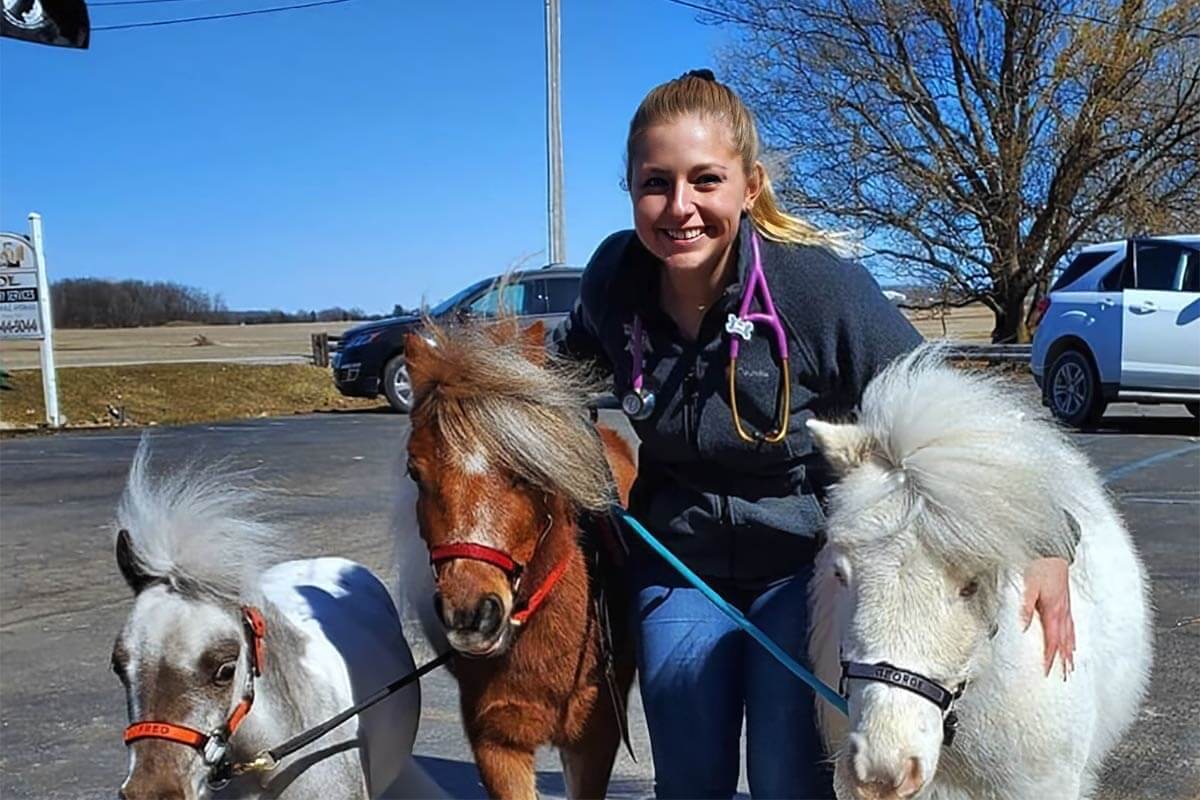 Smart, bubbly, and passionate, Dr. Nicole Arcy is the youngest addition to the Pol Veterinary Services team and one of the most outstanding.

From earning a double post-graduate degree in Veterinary Medicine and Public Health to treating large and small animals with major and minor ailments and appearing on national television, the 29-year-old has achieved a lot for her age.

Being on National Geographic’s reality television series was one of Dr. Arcy’s dreams. However, she has been missing in action, and we haven’t seen her in some episodes. So, naturally, fans are wondering where is Dr. Nicole Arcy now.

Read on to find out!

Who Is The New Doctor, Nicole Arcy, On The Incredible Dr. Pol?

The Pol Veterinary Service is home to a tight-knit team of staff members who have worked there for years under the supervision of Dr. Jan Harm Pol and his wife, Diane Pol. The staff has virtually become family, making the vet center so welcoming and outstanding in the community.

But, when Dr. Emily left, apparently to pursue further studies, Dr. Pol knew he had to find someone to fill in the gap.

According to Nicole Arcy, Dr. Pol hired her on the spot, and she became the new addition to the team in June 2018.

So, just who is Dr. Nicole Arcy? What is her background, and what made her get her dream job with the renowned Pol Veterinary Service?

Dr. Arcy is an animal health doctor who specializes in treating exotic animals. She earned her BA in Zoology from Michigan State University and a Post Graduate degree in Public Health and the University of Missouri.

Nicole moved to Weidman, Michigan, searching for work in her field of specialization.

“I loved watching Dr. Pol on television long before vet school. When the time came to look for a job, I was keen on hospitals that work with small and large animals, but I was particularly interested in small mammals and exotic animals,” she said.

Since joining the clinic, the Michigan-based TV star has done much of what she had always dreamed of, including examining and performing surgery on dogs, cats, reptiles, birds, and injured animals.

Fans were first introduced to Dr. Nicole on February 23rd, 2019, in season 14, during the episode titled, ‘Of Mice and Macaws’ on Nat Geo Wild.

When she started at the clinic, she was a staff vet still learning the ins and outs from the rest of the team. So far, she has appeared in more than 25 episodes on Nat Geo’s The Incredible Dr. Pol.

Fans in some circles have speculated that Nicole no longer works with Dr. Pol. The young vet has indeed been missing from our screens on a couple of episodes. But, her absence does not mean she has quit the television series or resigned from Pol Vet Services.

Delightfully, Dr. Nicole Arcy’s still part of the team and an important member of the reality TV series. We do not know the reason for the absence, but it could be just part of the show’s production, and they needed to film other people and the different things going on at the clinic.

Where is Dr. Nicole Arcy Now?

Dr. Arcy still works at the Pol Veterinary Services and is a crucial specialist in treating exotic, farm, and needy animals.

One of the most memorable scenes was her and the team examining and treating an anxious bovine and a sickly but aggressive horse.

There are rumours that Dr. Arcy went away to get married. But, based on our research, this doesn’t seem to be the case. Nicole is extremely active on social media, and she would have announced it to her fans if she were getting married. Also, the team at Pol Vet would have publicly congratulated her, as they usually do through their official Facebook page.

So, Dr. Arcy’s absence has nothing to do with her going off to get married. So far, we cannot tell her relationship status; her social media platform is full of animal pictures, showing that she is currently focused on her career.

The beautiful vet also does a lot of publicity for her employer. For example, she often announces to her fans when a new episode of The Incredible Dr. Pol is starting. She even lets her followers know when there will be a marathon so they will experience all the fun.

Who Are the Other New Vets on The Incredible Pol Show?

While Dr. Nicole Arcy was an excellent addition to Dr. Pol’s team, the staff of famous veterinarians keeps growing, and there are two equally great newcomers: Dr. Ray Harp and Dr. Lisa Jones.

Pol Veterinarian Services hired Dr. Ray Harp in July 2019. Just like Dr. Arcy, Dr. Harp and his wife were big fans of The Incredible Dr. Pol, influencing his decision to come to Michigan for a job at an animal hospital.

“We were actually watching Dr. Pol when I was in the middle of making a decision whether or not I should go to vet school,” he said in an interview on Recheck, Charles and Dr. Pol’s YouTube channel.

“My wife encouraged me to apply, saying working with diseased animals looked like a lot of fun and that is how I ended up graduating from vet school. She had also been looking at job ads for me and it turned out that Dr. Pol was hiring. We came down here and everything worked out,” he added.

Dr. Lisa Jones is the newest addition to Dr. Pol’s team and joined in August 2020. She told Charles and Dr. Pol on Recheck that she was homeschooled until she went to college.

She said of her homeschooling experience, “I think it was very unique. There was more flexibility, and we could go out more often and see a lot of country and nature.”

The Cornell University graduate said her homeschool education set her up well to go after and achieve her dreams.

We are happy that Dr. Nicole Arcy is still with Pol Veterinary Services and are proud of the newer additions. We wish the entire team nothing but the best!