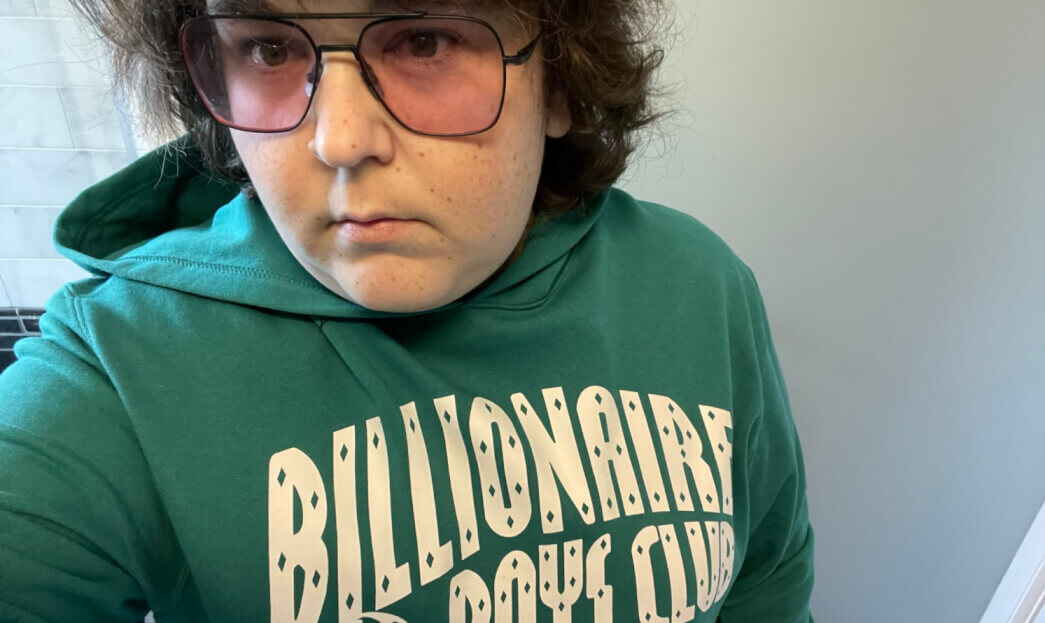 Fame is rarely handed on a silver platter. Unless you are born into royalty and fame like the kids of the Kardashian family or those of the actual royal family, these just make their way to the world and instantly become big names.

The rest of us have to work hard, sweat, fail, get back up and prove to the world that we matter.

One such person who goes on record as a consistent, courageous, and hard-working man is Andy Milonakis – the man behind the reality show, “The Andy Milonakis Show.”

He has risen above great challenges to become a household name in the world of entertainment. However, there’s something not right with his appearance.

In this guide, we explore that alongside other aspects of Andy’s life.

Who is Andy Milonakis?

Andy can be described, at best, as a multi-talented individual. He’s made a name in several ventures—all in the entertainment world.

Born on January 30, 1976, Andy is currently 44 years old. Although he doesn’t show much of his private life on social media, we know that the TV star called New York’s Katonah home for a better part of his childhood.

He lived in Westchester County as a child and attended John Jay High School located in Cross River.

Andy is famous for starring in his show, The Andy Milonakis Show, between 2005 and 2007. He is also a huge social media sensation.

The Rise To Fame

Milonakis launched his career back in 2003 after releasing a comical music video, dubbed The Superbowl is Gay.

He posted the recording on the AngryNakedPat.com website, which ended up being his main entry to the world of fame.

It caused plenty of internet sensation and made the TV host an overnight celebrity.

Shortly after, Jimmy Kimmel, who happens to be his mentor, invited him to do cameos for him.

In 2005, Andy, with Kimmel’s help, was starring in his own TV show, The Andy Milonakis Show, which premiered on the MTV2 Network.

The show featured Milokanis and his friends as they lived life and pranked others. It had a good run and entertained viewers greatly, but it was canceled in May 2007.

Andy’s career in the entertainment world had only just started. The lad went on to build a significant career in Hollywood by starring in big movies and TV shows.

While working on the Andy Milonakis Show, Andy also starred as Nick in McKittrick’s comedy film, Waiting, where he acted alongside Ryan Reynolds, Justin Long, and Anna Farris.

In 2007, he was cast in yet another comedy, Who’s Your Caddy? and a year later on Killer Pad. The latter is a horror-comedy based on many individuals who find themselves living in a haunted house.

Milonakis has also starred in other movies such as Extreme Movie, Private Valentine: Blonde & Dangerous, 2 Dudes and a Dream, Still Waiting, and The Tales of RJ.

Andy kept growing in Hollywood by starring in huge roles while making rap music at the same time. He launched his music career by posting his single “The Andy Milonakis Rap” on his YouTube channel back in 2008.

A few months later, he teamed up with Dirt Nasty and Riff Raff to form a rap band called Three Loco but separated in 2012.

His 2010 “Hot Sop” mixtape featuring Maz Kasch and Dean Shull is still the talk of the town. He also teamed up with Snoop Dog on “Pocket Like Its Hot.”

Besides rap, Milonakis hosts a cooking show, Munchies, which is part of VICE Network. He is also a member of Baited Podcast along with famous YouTubers, Colossal Is Crazy, Anything4Views, and Keemstar.

Finally, the 44-year-old is also a favorite Twitch Streamer with a fast-growing account.

What Is Wrong With Him?

While Andy is rich (his net worth is approximately $2 million) and famous, there’s no denying that he has a unique appearance to him.

He is 44 years old but is like a teenager in both, the sound of his voice and looks.

This is because he suffers from a growth hormone deficiency, a condition that impairs growth. Basically, the growth hormone condition inhibits the body from producing the correct number of hormones to help growth.

So, even if he’s above 40, he will look and sound like an adolescent boy. The best part about all this is that Andy has used his rare medical condition to make money and become famous.

He would make jokes about how he looks to stop his high school friends from picking on him.

Now, decades later, he knows he made the right decision by turning the bad into something good.

Andy Milonakis’ story of rising through the challenges is a rather inspiring one. Many people would curl up in bed and let opportunities pass them if they had the same growth deficiency he has.

The TV star, however, took the opposite direction, and it has greatly paid off in the form of an outstanding comedy career.