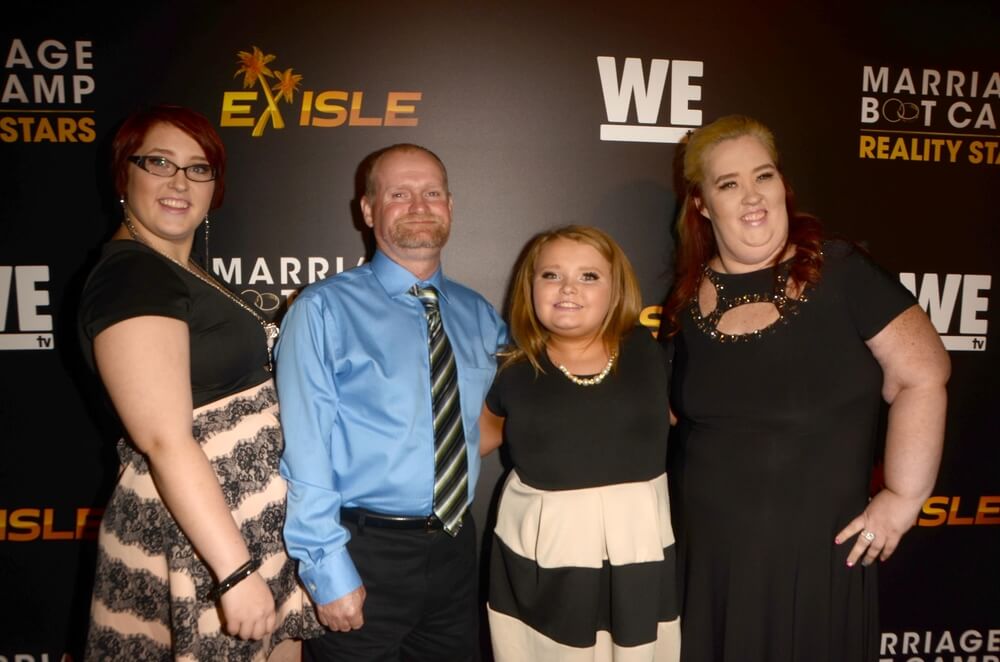 Mama June is no strange name in reality TV. We all remember her as the supportive and outgoing mum of the young pageant girl Honey Boo Boo, or Alana Thompson from Toddlers and Tiaras. Her little girl impressed viewers and pageant coaches so much that she simply stood out from the crowd.

After Toddlers and Tiaras, we saw more of her and the Shannon family (including Sugar Bear Thompson) on Here Comes Honey Boo Boo. Sadly, TLC stopped the show after rumors of Mama June being romantically involved with a sex offender were circulated. Alana’s mom went on to make appearances on Marriage Boot Camp in 2015 and Mama June: From Hot to Not (her own TV show), which is still happening.

With this kind of exposure and fame, smiling all the way to the bank is inevitable. So, just how much is the mom of four worth?

As of January 2020, The Cinemaholic put the number on June’s net worth at $1.5 million. Mama June or June Shannon is a wealthy woman who’s made all her fortune on reality TV. WE TV pays her $50,000 per episode on her current show, From Not to Hot.

Seeing that the show has been running since 2017, it goes without saying that it has made June one an affluent lady. As Wealth Record would have it, June’s family obtained the same amount per episode on TLC’s Here Comes Boo Boo.

In addition to TV income, Mama June is also an active brand ambassador on social media. She’s worked with several brands and has been seen promoting some stuff on her Instagram account. The TV star has also done many photo-shoots for some publications and magazines throughout her TV career.

How Does Mama June Spend Her Cash?

When you are worth 1.5 million bucks, the world is simply at your feet. You can travel, buy luxurious toys, houses. You name it. Mama June sure knows how to spend her coins to make her life prestigious. For one, the single mother fixed her unsightly smile to make it TV-worthy. It is alleged that the star parted with $30,000 to get a brand new smile thanks to an expert dentist of Lake Nona Dental Group.

Next, Mama June decided it was time to do something about her weight. Her entire 300-pound weight loss journey was well captured on Mama June: From Not to Hot and in other online publications and magazines. Alongside losing weight naturally, June underwent several cosmetic surgeries, with the major one being her famous gastric sleeve surgery. In total, June coughed $75,000.

Mama June also has a severe gambling addiction. Most of her cash ends up in casinos. It won’t be a surprise to hear that the TV star loses thousands of dollars every day on gambling. Fortunately, she’s enjoyed a few wins over the years, but those cannot compare to the amount she’s lost.

Drug Use and Boyfriend Problems

Mama June’s drug problems have always been evident in her reality shows. However, the actual extent of substance abuse wasn’t known until the star admitted on TV that she spends close to $2,500 daily on meth. She shocked her entire family when she revealed this truth to them. When coming out clean, the TV personality had sold their family home for a meager $100,000 to keep her drug use going.

“The sole reason I put the house up for sale is that I was broke. Because at the time, we were using a bit of meth (talking about her boyfriend, Geno). I mean, we bought a few ounces per day, which cost $2,500 a day or more.” She admitted this to her daughter Lauryn.

Speaking of Geno, Mama June certainly made a mistake allowing him into her life. In 2019, both of them were arrested after being found in possession of drugs. Lucky for them, the Covid-19 crisis caused their trial to be pushed back. If found guilty, Mama June may spend an entire year in jail, not to mention pay substantial legal fees.

Geno is such a nut case that he was once caught crashing his car into the Shannon house’s family. The scene drove Alana and Pumpkin to have an intense intervention with their mother.

That’s not all; in December 2019, she and Geno once again caught the attention of the press when they got into a huge fight in a particular hotel. The fight was so bad that the hotel’s management called cops on them, who found the room they had slept in completely destroyed. Expectedly, the mom of four had to part with a total of $3,000 for damages and their stay.

2020 has been one of the worst years for Mama June. 2019 wasn’t any better. The TV personality has been through it all, from money problems to a run-in with the police to boyfriend issues. Despite having a net worth of $1.5 million, it is clear the mom of four is headed for the rocks. Hopefully, she will bounce back soon enough.