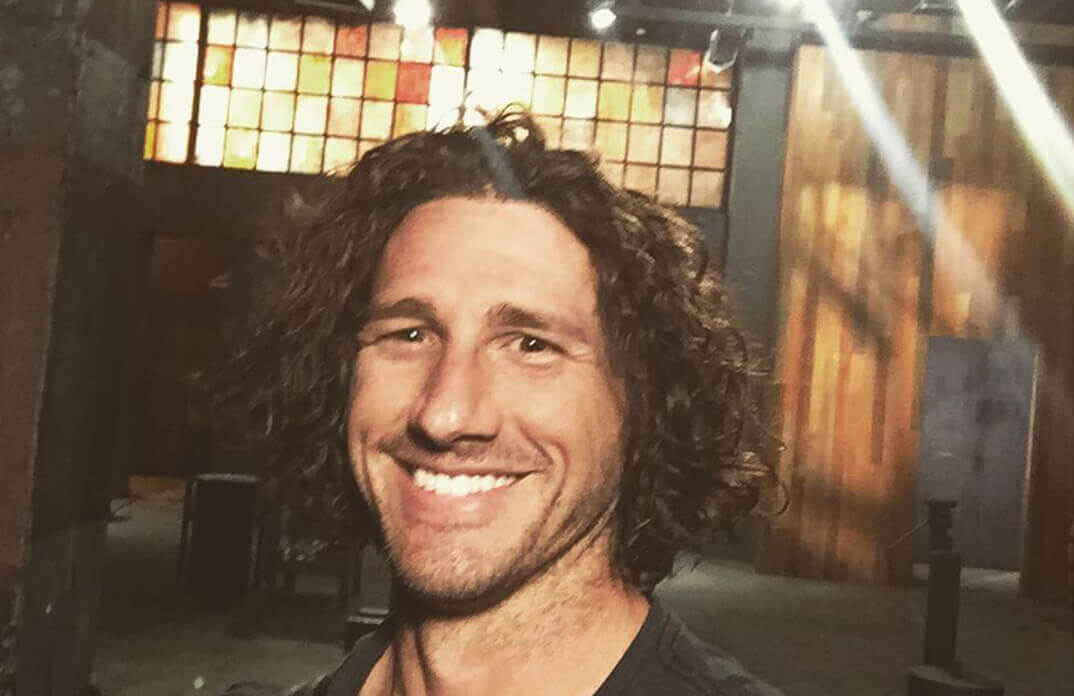 Forged in Fire is History channel’s one of the most popular programs. The show is about world-class bladesmiths recreating historical weapons for prize money of $100,000.

The winner also gets a chance to challenge one of the four judges for an extra $10,000. Back in 2020, when the promo of the eighth season was unveiled, fans got the devastating news that the longtime host “Wil Willis” was not going to be hosting anymore.

They showed their disapproval by tagging the show in their tweets asking about Wil.

Later, it was officially announced that Wil had ended his journey on the show and was replaced by a popular survivalist and army veteran, Grady Powell.

The channel wrote in their press release:

Wil belonged to a military family. Inspired by his father, he also joined the army in 1993 after finishing high school. He was a soldier of the 3rd Ranger Battalion and then served as Air Force Pararescue Specialist for nearly a decade.

Before getting his big breakthrough on Forged In Fire, Wil had been hosting shows of similar nature like ‘Special Ops Mission’ and ‘Triggers.’ In those series, also he shared his vast knowledge about the bladed weapons.

All of these past experiences contributed greatly to him landing a life-changing gig on History Channel. He was far from the regular host who only repeats lines from the teleprompter.

Wil used to show great support to the bladesmiths and had a friendly demeanor, reassuring contestants who already had immense pressure to win. On many occasions, fans saw him sincerely offering advice that eventually helped the participants achieving their goals.

Reason To Leave The Show

Initially, the fans thought that the channel got rid of him due to some monetary issues, but now Wil has shared his side of the story.

While appearing on the BF3 podcast, the first thing he did was quash any rumors of bad blood between him and the “Forged In Fire” team.

Willis left the show due to his own reasons, and he wants fans to support him in this decision. He also talked about how he had been doing this for eight years, and no matter how glamourous it looked from the outside, it was actually quite a boring process.

The filming process used to take three to five days to film one episode, and most of the time, he was sitting in a small place that was extremely hot and smelly.

He also did acknowledge that he may have just to sit and wait while the production crew was doing their job to make sure everything was properly set up.

“While I’m doing all that waiting around and complaining. The whole time that I’m freakin’ doing this, there’s a crew that’s setting up shots, getting lighting right, getting all the anvils where they need to go. Even herding the smiths from interview to interview.”

Willis also shared he used to brief contestants in a rather straightforward way before the production began. The participants were told to remain patient no matter how many times retakes happen. While Wil had fun doing it once the stage was set, he used to be the center of everything, which eventually became a bit nerve-racking for him.

For most of his life, Wil had been working with something that involved ancient weapons, and his true fans know it is only a matter of time before he’ll be back with a bang.

Life After The Show

The fans were heartbroken to learn that their perfect host Wil didn’t take a temporary hiatus and is out of the show for good; however, they did get some positive news to make them feel better about his absence.

In March 2020, Willis welcomed his baby boy “Flash Orion Willis” with his wife, Krystle Amina. The couple tied the knot in 2017 and since then have been living a blissful married life. Wil was also married once before Krystle, and he had two children from his previous marriage.

After leaving the show, Wil has not updated his fans about any new project. It seems like he has taken full advantage of the lockdown and has kept all his focus on spending time with the family.

While the die-hard fans of Forged in Fire are ‘burning’ to see Wil return to the show, for now, they are happy for him fulfilling his “daddy duties.”