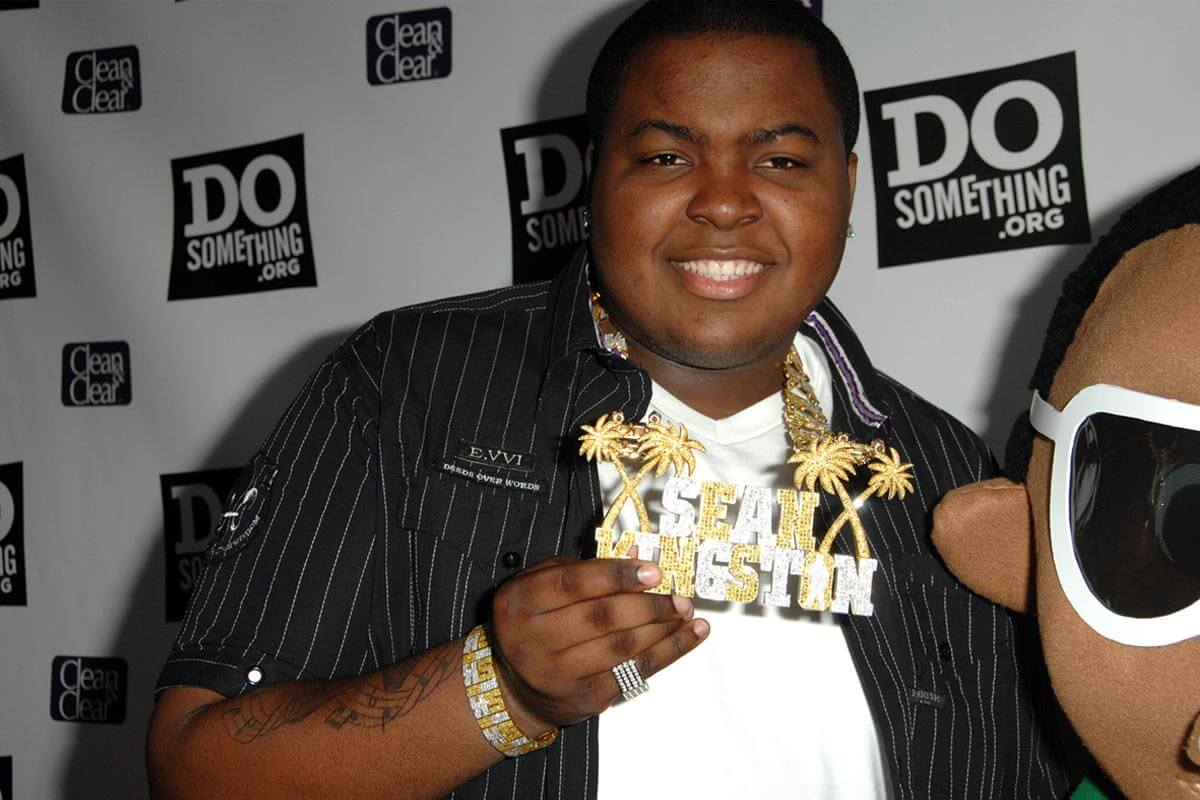 Today, artists rush to the studio hoping to write the next big summer hit, and while many have succeeded, few of those records have had the longevity of Sean Kingston classics, including “Beautiful Girls.”

At one time, Sean Kingston ruled the summer months and seemed unstoppable. Then, suddenly, the singer vanished from the spotlight. What happened? Let’s find out…

Music in the blood

Sean Kingston was born in Miami, Florida, in February 1990 under the name Kisean Paul Anderson to Janice Turner. Although Miami is a city with a very active music scene, Kisean Anderson didn’t stay there very long.

When he was six years old, his family moved to Jamaica, and his time in the country inspired much of his later work. In Jamaica, Anderson attended high school in Ocho Rios, a town on the northern coast.

Unbeknownst to many, Kingston was influenced by music early due to his family’s ties to the music industry.

Lawrence Lindo, a Jamaican producer who goes by the stage name Jack Ruby, is his grandfather.

Ruby has worked with artists like Burning Spear, Foundation, and Link and Chain. With such an affinity for music, it’s no surprise that he was drawn to it at such a young age.

His Myspace page led to his discovery. A Myspace profile used to be a must-have for aspiring artists to have a shot at being discovered.

The beginning of a musical career

It clearly paid off for Kingston, as he caught the ear of Tommy Rotem, who worked at Beluga Heights Records at the time. The label is also known for discovering Jason Derulo.

This is where, in 2007, Kingston recorded the song “Beautiful Girls,” which quickly became an international success and is still his most-played Spotify track today. The single was followed by his debut album “Sean Kingston,” which he released the same year.

Besides the United States, it was also extremely popular in Australia, Canada, Ireland, Hungary, and several other countries. Kingston’s sudden success allowed him to tour with some of the biggest names at the time, like Kelly Clarkson, Gwen Stefani, and Beyoncé.

Sean didn’t seem too eager to be a one-hit-wonder, and he went straight to work on his second album. “Tomorrow” was released in September 2009, and it included several successful singles. The studio album’s lead single, “Fire Burning,” has been a two-time platinum hit in the United States, turning Kingston into a commercial sensation.

The multitalented artist is also a gifted songwriter. Many people are actually unaware of the fact that he co-wrote the hit song “Whatcha Say,” which is considered his breakout success that put Jason Derulo on the map.

Controversial collaboration and a mixtape

Instead of resting on his laurels, Kingston got right back to work on his next album, titled “Back 2 Life” The first single released from the album was “Eenie Meenie,” a Justin Bieber collaboration. Kingston risked ridicule from the hip hop community by extending a creative hand to a young Biber, who still had to shed his “pretty boy” image at the time.

In August of 2010, he released ‘Letting Go (Dutty Love)’ featuring an up-and-coming Nicki Minaj. The song was both commercially and critically successful. He clearly had a real knack for making hit singles and would go on to release “Party All Night (Sleep All Day)” and “Dumb Love” later that year.

Regardless of some of the pushback on his collaboration with Justin Bieber, the pair planned to release a mixtape titled “Our World,” which would include new versions of songs like “Pretty Boy Swag” and “Billionaire.” After the recordings concluded, Sean went on to preview the final product to his fans.

However, the release of “Our World” never happened. Instead, Kingston released his first official mixtape in early 2011 as “King of Kingz.”

The tape included collaborations with Akon and Flo Rida, as well as Justin Bieber.

His second studio album, called “Back 2 Life,” followed with a release in September of 2013.

A new album is on the way, but then…

In 2014, Sean Kingston began working on his third studio album. The same year, he announced that he was working on a song with Zendaya called “Heart on Empty.” Unfortunately, the track was never released.

In September 2015, he released the album’s lead single, “Wait Up,” his first song in almost two years, preceded by music videos for “One Away” and “All I Got” in January and March 2016, respectively.

This single was followed by a pretty long hiatus, and fans didn’t hear from him anymore. What happened to the album? Where is Sean Kingston?

No stranger to speculation about his demise, fans of the singer were quick to fire up the rumor mills, and with good reason.

After a jet ski accident in 2011, Sean Kingston was in critical condition, and many assumed he had died. Even though he pulled through, the rumors of his passing lived on. This was now still haunting him again in 2015, as the result of a delayed album release.

Sean returned to making music in 2017 and has released various tracks since.

In March of the same year, he announced the release of the mixtape “Made in Jamaica,” preceded by the single “Chance” featuring Vybz Kartel.

He then collaborated with Tory Lanez in 2019 and has released his latest single, “Darkest Times,” featuring G Herbo, on May 21, 2021.

Within the same year, Sean graced the cover of The Knockturnal magazine, which discusses his reinvention and return to music.

What about Sean Kingston’s 4th album?

Also in 2021, Kingston announced his upcoming fourth studio album, Deliverance. A release is still pending, and we hope he’s going to make it this time. Did you know he started jet-skying again?