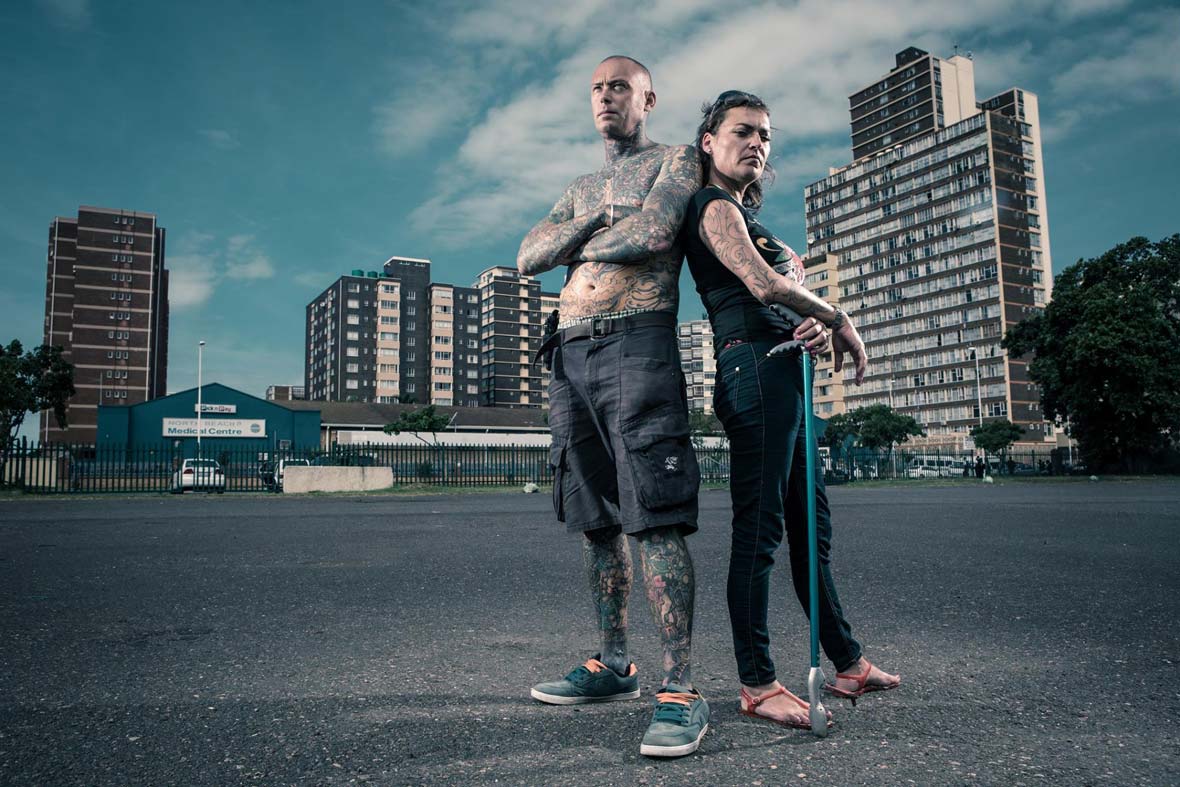 Since first airing in November 2014, popular Nat Geo show Snake City has taught us plenty of new stuff about snakes. Aside from the adrenaline-filled snake-rescuing drama that characterizes the show, the thoroughly tattooed hunk and host, Simon Keys, is equally captivating.

He first appeared with wife Nadine on the show’s premiere episode but soon after, the charming blonde vanished from our screens. Now, Simon co-hosts with girlfriend Siouxsie Gillet and even though their chemistry is undeniable, fans can’t help but wonder just what happed to Nadine?

How Did Nadine and Simon Keys Meet?

Nadine was born and bred in Cape Town while Simon Keys is a UK native. The two met in the UK, got married in South Africa, and later decided to go back to the UK. One of the things that brought them together was their interest in reptile conservation. While in the UK, the couple grew their collection of snakes among other pets but after a while decided to return to South Africa.

Nadine and her husband lived in Durban for seven years during which time they started a snake removal service. Within a short time, word got out about the work they were doing and demand for their service grew, with business booming in the summer.

Simon and Nadine certainly didn’t plan on being on TV—they just cared for snakes and were passionate about rescuing them. But, as luck would have it, a friend of Simon’s friend who worked for a film company in the UK thought the snake removal thing was an interesting idea so he sent a promo proposal to both National Geographic and Animal Planet.

Given that what Simon and his wife were doing was in line with Nat Geo’s type of content, the channel picked up the idea and within no time began shooting the couple’s expeditions removing snakes from people’s homes. After many months of shooting, Snake in the City, aka Snake City first aired November 2014 with Simon and Nadine Keys being the show’s stars.

A show about a reptile-loving, snake-saving couple driven by passion, adrenaline, and love sure makes for good television. So, when Nadine, one half of the beloved couple, stopped appearing on the show, we all wondered what happened to her.

Well, when another lassie, Siouxsie Gillett, joined Simon on subsequent seasons of Snake City, it quickly became clear that Nadine and Simon were no longer together. Turns out that for unknown reasons, the duo divorced and Simon returned to the UK where he got a job at a reptile shop that Siouxsie owned.

Later, when Nat Geo renewed Snake City for a second season, Simon asked Gillett to join him as a co-host and the rest, as they say, is history. Today, the charismatic couple split their time between South Africa and the UK and they continue to enjoy a lot of popularity from their show.

So, Where Did Nadine Go?

There has been plenty of speculation about Nadine’s whereabouts with no one seeming to know just what happened to the former Snake City star.

Given that she hasn’t been spotted in public for a while, some have speculated that Nadine Keys might be dead but there’s no evidence of that. A more feasible explanation of her hiatus is that she is living a low-key life with her family and has intentionally kept away from the limelight.

Since parting ways, Simon has not made any public mention of his ex-wife and her whereabouts, which makes it all the more difficult to know for sure what happened to Nadine.

Well, while it lasted, the duo did make for wonderful initial hosts of Snake City. Wherever she might be, we wish Nadine all the best and as for Simon, we are totally looking forward to seeing him back on our screens for the seventh season of the show. Fingers crossed!

Nat Geo Wild announced today that its hit reality series Snake City will return for an eighth season this summer. Pending the arrival of the new season, a release date will be announced. The post will be updated with more information as soon as it becomes available