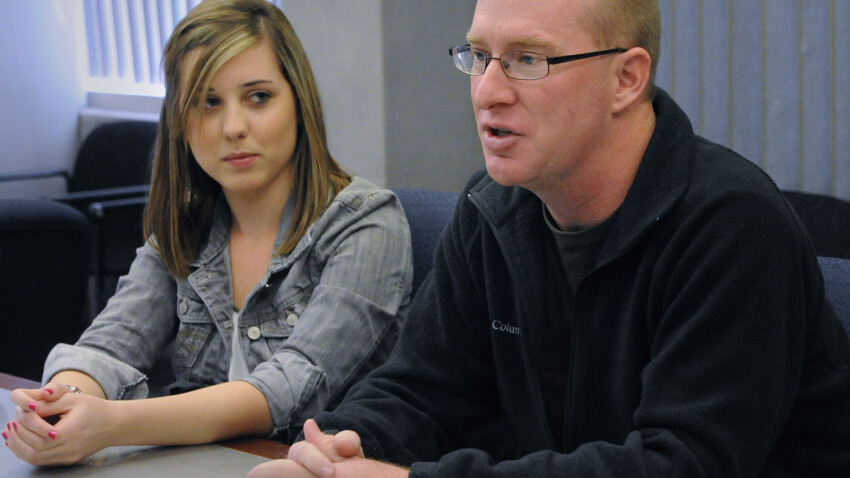 Jordan Powers and James Hooker made headlines when they appeared on the Dr.Phil show claiming that they were in love. Theirs wasn’t just an ordinary love story—Powers was a high-school student, Hooker her former teacher, and the two had begun a romantic relationship when Powers was just 15 years old. Yikes!

Like many such scandals, this one eventually fell off from the news timelines but we’ll admit it’s kind of difficult to forget such a story. So, if you are wondering what happened to James and Jordan, you’re not alone—read on to find out!

James Hooker Got His Day in Court

As the story goes, Mr. Hooker left his wife and three daughters and quit his position as a teacher at Enochs High School to pursue a relationship with his student, then 18-year-old Jordan Powers. Tammie Powers, Jordan’s mother reported to the police the inappropriate relationship that was budding between the two.

It was during this time that Hooker and his teenage girlfriend appeared on national television to, as they put it, ‘set the record straight’ as Tammie had been spreading lies about their relationship.

These two caused a huge media frenzy and police moved in to investigate their relationship. Amidst these investigations, they found out that seventeen years earlier, Hooker had engaged in another inappropriate sexual relationship with a 14-year-old. This prompted his arrest and subsequent trial.

The alleged victim, Michelle Miller says she came out to tell her story and testify against Hooker, many years after he had taken advantage of her, after reading about him and Powers.

Interestingly, the former schoolteacher was charged not for his clearly misplaced relationship with Jordan, but for hooking up with Miller, who was then also a minor.

After a relatively short trial, the verdict was out—the judge required Hooker to register as a sex offender and to remain in probation for 48 hours following the trial. Quite frankly, he got away easily as his charges were somehow reduced from a felony to a misdemeanor.

Jordan Left Hooker…then Returned to Him

After ABC News reported their story and the two ‘lovebirds’ were featured on Dr.Phil, things became bumpy really fast. Following Hooker’s arrest on allegations of having a sexual relationship with a different minor, Jordan moved out of the apartment she was sharing with her then 41-year old lover and returned to her mother.

In an interview with ABC’s Good Morning America, the teenager lamented, “I lost everything for this guy. I lost my senior year and gave up all my friends because they didn’t agree with it.”

However, even before Tammie could breathe a sigh of relief, Jordan ran back into her boyfriend’s arms, despite the allegations levied against him. Whew! Talk about ‘love’ being blind.

As you’d expect, in the wake of the scandalous news, James’ wife went to court to file for divorce and child support. Though not much is known about his whereabouts, it is safe to say that Mr. Hooker is no longer with his wife and three children.

Where Are James and Jordan Now?

While their story did capture national attention for a while, it seems like after James’ trial and eventual release from his short stint in jail, the two decided to go off and live a low-key life.

It has been eight years since that story broke and it isn’t clear whether Powers and Hookers are still together. One thing is certain though— after the crazy attention they attracted for appearing on the Dr. Phil show, they must have decided that staying out of the public eye is probably the smartest move.