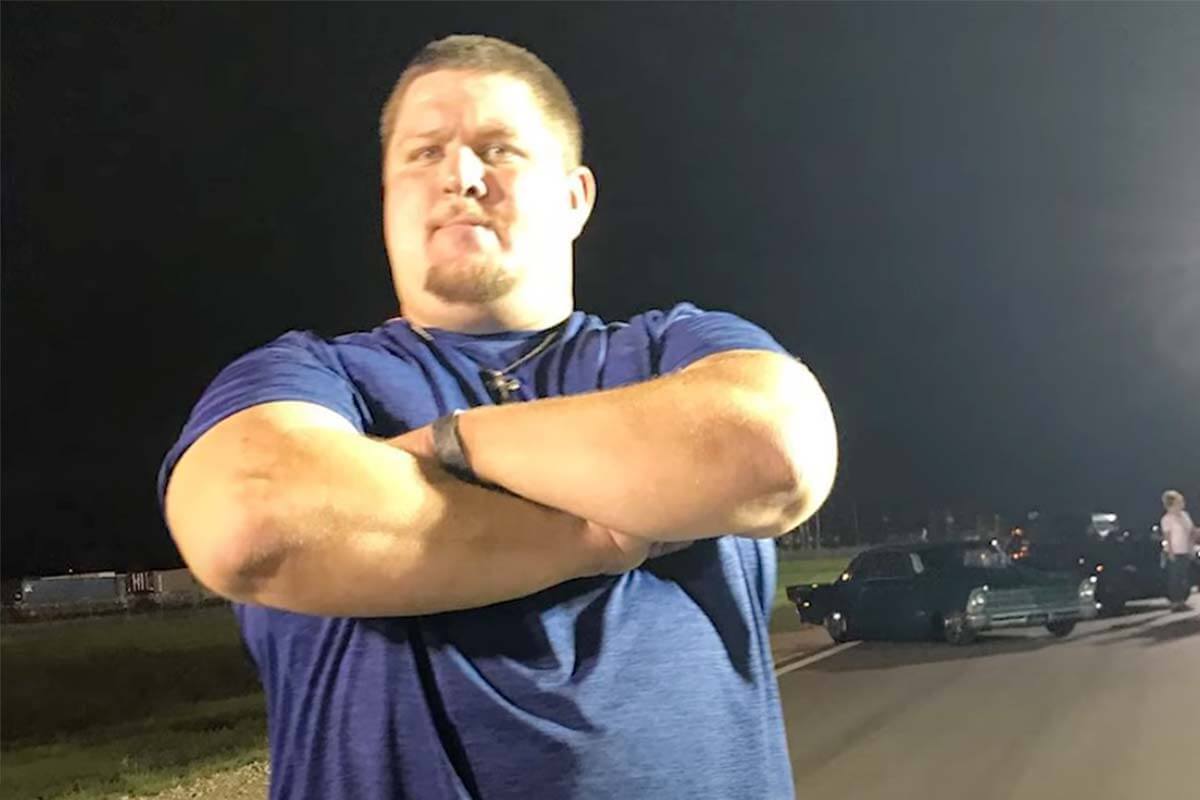 Exuberant, expressive, and downright funny, it is easy to see why Doughboy, Josh Day, would quickly become a fan favourite in the popular Street Outlaws: Memphis series.

Josh made his first appearance on season two, episode one of the show, but despite his obvious zeal for street racing, he disappeared from our screens as quickly as he had appeared.

You are not alone if you have been wondering what happened to Doughboy on Street Outlaws. His followers have speculated endlessly about what happened to their favorite cast member. From possible legal problems, accidents, and health issues, a lot has been said about Doughboy’s whereabouts.

Who Is Doughboy on Street Outlaws?

Doughboy, whose real name is Jonathan Day, is the eldest son of JJ Da Boss, who is in charge of creating the entire Street Outlaws: Memphis show. Day decided to follow in his father’s footsteps, appearing in the first four seasons of the Street Outlaws: Memphis show, whose core cast is JJ’s family and friends who document their street racing culture.

In the second episode of the Discovery Channel show, Doughboy participated in his first street racing competition. When he first starts, we see him struggling quite a bit, but he gradually sharpens his skills and fans are impressed to see him become a talented street racer.

According to the Memphis drag racing celebrity, his interest in cars began from a young age. One of the earliest cars he drove was a 1964 Chevy Nova, but he crashed and wrecked it in an accident. In the MSO show, his racing car was a 1962 Impala, aka Debo. Josh’s was one of the fastest street cars on the show.

Why Is Doughboy Not on Street Outlaws Anymore?

Josh Day only lasted on the Memphis Street Outlaws show for four seasons, after which he suddenly disappeared from the popular Discovery Channel program.

Fans noticed Doughboy’s absence immediately, and rumors began spreading about the racer’s whereabouts and what had happened to him. Day is not active on social media and keeps his personal life private, which has made it even more difficult to know why he left the show.

In one Reddit thread, a fan claimed that the reality star was caught up in legal problems and that he was even incarcerated! The racer could no longer be part of JJ Da Boss’s show because he was behind bars. But, other users quickly discounted these claims insisting that they had spotted Doughboy behind a trailer during the filming of the seventh episode of season 5.

Others believed that the husband and father of eight took a break from filming to care for his children and focus on his family.

Doughboy Got Into an Accident

The real reason why Doughboy is not on Memphis Street Outlaws is that he got into a serious accident and could no longer race. This account of Josh’s whereabouts started as a rumor on the Street Outlaws fan page, and it was later claimed to be nothing more than a prank.

But, a few days later, his father, JJ Da Boss, came out to affirm that Doughboy was indeed admitted to hospital after an underground street racing accident.

According to a statement by Da Boss, Josh Doughboy injured a spinal disc in the accident. This incident got him a hospital admission, and he could no longer appear on the reality TV series.

In one of the Memphis Street Outlaws episodes titled “Put Your Life on the Line” Josh says since the crash with his first car, he has always been apprehensive about being in a real race. In retrospect, it seems like he foresaw this recent accident.

Doughboy has been away from our screens for so long. Fans are now wondering whether he permanently left the show or will recover soon and come back to entertain his followers. If he indeed injured a back disc, the chances are that we might not be seeing him racing anytime soon.

Is Doughboy From Street Outlaws Dead?

After his father confirmed Josh’s accident and Doughboy’s prolonged hiatus from Street Outlaws and social media, fans have speculated that he might be dead.

Avid followers of Street Outlaws will recall that one cast member, Tyler Priddy, aka Priddy, died on the show. So, every time a racer disappears from the program, fans quickly start to wonder whether something bad happened to them. The same is the case with Doughboy.

The good news is Doughboy is not dead; at least, there are no reports of his passing. The chances are that he is recovering slowly and spending this time with his family. We cant wait to see what’s next for Josh if he returns to the famous street-racing docu-reality series.