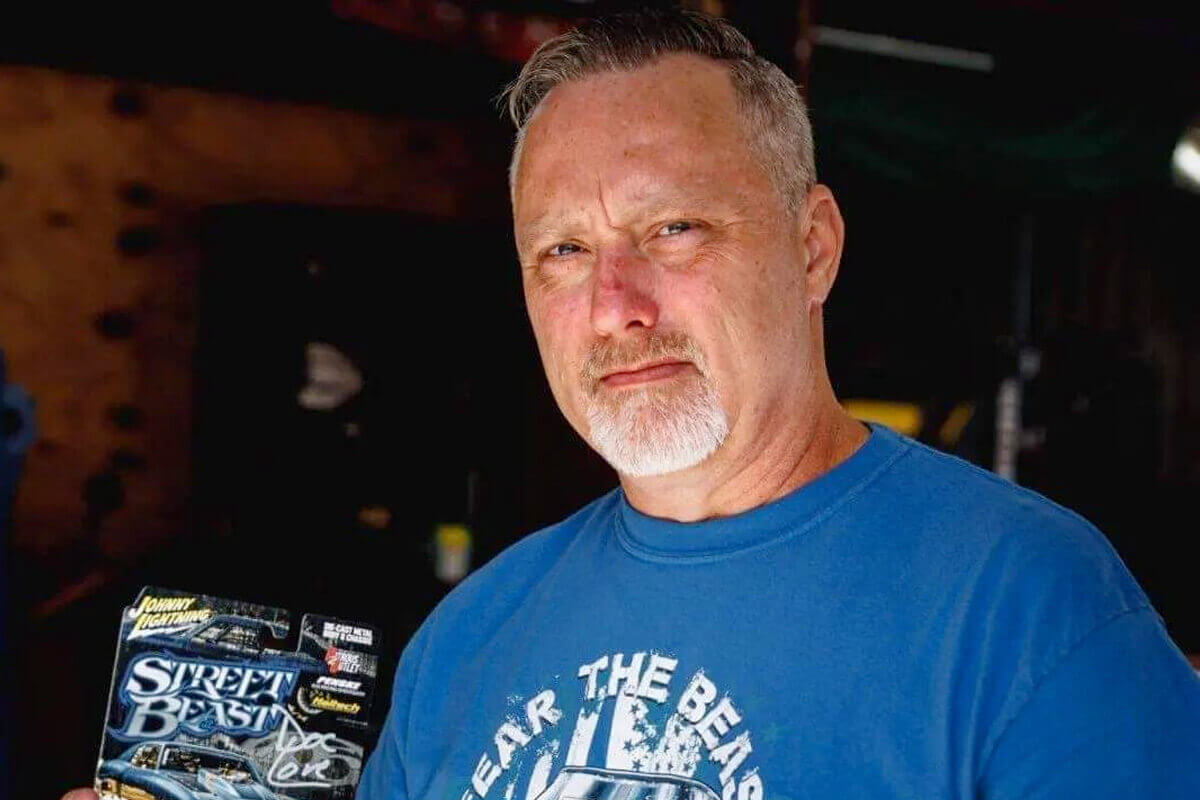 There is no doubt that James “Doc” Love is a Street Outlaws fan favorite. But, when he suddenly disappeared from our screens, the rumor mill was relentless. Fans of the reality series wondered what happened to Doc? Did Doc Die?

Well, 2020 was a tough year, but it was particularly challenging for Doc. The popular street racer got involved in a series of events that truly set him back, and we are here to serve you the tea on everything that went down!

Before we dig into the juicy details of what happened to Doc on Street Outlaws, let’s give you a bit of background on just who this guy is.

Although his fans know him as Doc, his real name is James Love. On the streets of Oklahoma, the reality star also goes by the name Street Beast. If you’ve been following the show, you will know that Street Beast is the nickname Doc gives his Chevy Monte Carlo 1970 racer car.

Mr. Love is a street racing pro and was aptly named the “King of the Street” after consistently defeating his longtime opponents, including Big Chief Justin and Murder Nova Shawn. Unfortunately, he is no longer at the top of his game after being involved in a catastrophic car crash.

Following the disastrous accident, James “Doc” Love disappeared from the show unexpectedly, leaving his fans wondering what happened to Doc of the Street Outlaws show. Are the rumors true? Did Doc die?

We’ll tell you everything we know about what happened to James Love and his whereabouts. Read on to find out!

What Happened to James “Doc” Love on ‘Street Outlaws’?

If you have been wondering why James “Doc” Love literally disappeared from our screens, the truth is that he got into a tragic accident while racing in his Monte Carlo 1970 race car, aka the “Street Beast.”

Speaking about the incident, James Doc said he was in an unfortunate accident while filming a big drag-and-drive event in Nebraska.

From Doc’s blow-by-blow explanation of what happened, it seems the crash was very serious, and he is lucky to be alive. He said he sustained major injuries, causing him to stop filming to focus on his recovery.

Mr. Love added that he was knocked out for 20-30 minutes and suffered a bad concussion. He lamented, “I remember nothing about the crash or the race.”

He tried to downplay his injuries stating that he acquired a wonderful shade of yellow, green, blue, black and purple from his neck down to the calves due to the injuries. What’s worse is that he is still struggling with symptoms such as headaches and memory loss due to the concussion.

In a social media post he wrote following the accident, Doc gave a huge shout-out to his fans, longtime friends, and family for the outpouring of prayers and support for him.

Is Doc from Street Outlaws Dead?

There have been plenty of rumors about Doc’s whereabouts and personal life, with some racing enthusiasts going as far as speculating that Doc died from his injuries.

The beloved street racer has been low-key, but he is definitely not dead! The fact is Doc is recovering well from his injuries after the bad accident and is gradually getting his groove back.

His very public tweet laid to rest all speculations about James Love being dead. Of course, the fact that he is alive and kicking is good news for his fans and the racing community across the globe.

This is not the first time James “Doc” has bounced back from a tragic event. In 2018, the drag racing star announced to his fans that he had suffered a heart attack. Thankfully, he made a quick recovery after surgery.

Doc Gives Up on Street Beast, Builds a New Car

Those of you who have keenly followed Doc and his street races will remember that he wasn’t all that impressed with the performance of Street Beast. After the catastrophic accident, Street Beast really lost the fame and glory of the show’s racing cars, but Doc thought he might rebuild it.

Later, the reality TV street racer complained to his racing family on social media about how expensive it would be to rebuild and repair his Monte Carlo.

While he praised the shop that built a roll cage strong enough to withstand such a crash, he openly admitted that he wasn’t looking forward to the repairs.

“I am not looking forward to the rebuilding process since 2020 and COVID have not been kind to my wallet,” he wrote.

His post continued to say that he certainly will come back a better, stronger, and faster person. It is clear that Doc has been determined to overcome the obstacles on his way since the accident.

What Car is Doc Driving Now?

Instead of rebuilding the Street Beast, whose performance level he was not happy with anyway, James “Doc” opted to build a new car. He debuted the new one at the No Prep Kings event in 2021, a crucial race for the street racer eager to bounce back.

He named his new whip Firebird, an attribute to how light the car is compared to the much bulkier Street Beast. Weight was a big consideration when making his new 7-second race car.

Firebird is a whopping 200 pounds lighter than the famous Monte Carlo. It also comes with 959 cubic inches of power, giving it an instant 1800 horsepower. But, as with the Street Beast, James “Doc” decided to maintain the metallic blue color on Firebird.

The Firebird, also known as “Stunt Double,” is any racer’s dream, and Doc’s fans are eagerly waiting to see it in action.

What Other Cars Does Doc Own?

Most fans are familiar with the 1970 Monte Carlo, but the truth is James “Doc” Love has several amazing cars.

The Monte Carlo was definitely a powerful car and served well for each dedicated race Doc participated in. It was fully loaded with three Monte Smith Nitrous Kits, Turbo 400 Ace Race Transmission, and a 706 cubic inch Chevy Engine.

James “Doc” recently bought a 1974 Nova from fellow Pro Mod driver and childhood friend Adam Falmholc. He will use the Nova, which he has named “Heavy Metal in the 2022 NPK event.

The car has a superior performance level, and Doc says she has loved the driving experience. After his heart attack and accident, he is eager to get into action and perhaps start filming true street-style events again.