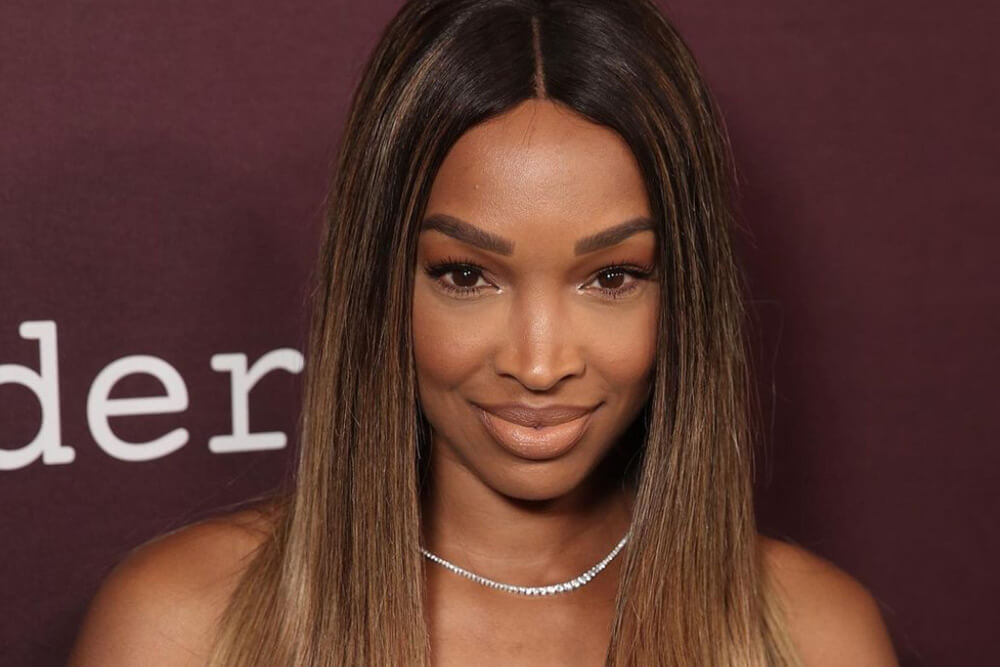 Malika Haqq is most famously known as the BFF of Khloe Kardashian.

The Haqq sisters have a close association with the Kardashian clan. Malika isn’t only Khloe’s best friend. She also dated her brother Rob Kardashian in the past.

In 2015 the sisters bagged their own reality show, which was a spinoff of KUWTK.

Malika Haqq and Khadijah Haqq McCray managed the Dash boutiques, the earliest business venture of the Kardashians. The show focused on how well they were doing their job.

The title of the show was Dash Dolls. Since the Kardashian-Jenners are one of the most famous families in America, E! saw it as a spinoff with potential.

Unfortunately, the show was a flop, and they decided to scrap it after only eight episodes.

Haqq knew since childhood that the entertainment industry was where she would end up. Her parents moved from Iran to Los Angeles before she was born.

Over the years, she has always praised her mother’s strength and admired her willpower.

However, her father was a different story. He left them when Haqq was just a child, and she didn’t have any relationship with him afterward. She even recalled an awkward encounter with her father when she met him at a family funeral. In that meeting, they had nothing much to say to each other.

Early Career As An Actress

While many of you have seen her appear on the successful reality show Keeping Up With The Kardashians, Malika’s career goes way back to the 90s. She first appeared in a minor role in “Strong Medicine,” but her breakthrough role didn’t happen until 2005.

That year she got cast as Penny in Disney’s Sky High. The movie went on to become a success and gave her career a great kickstart.

Malika thinks it’s crazy how children still recognize her because of that role. She once noticed a girl was acting scared around her, and then her mother told her that she recognized her from the Disney movie.

Haqq also feels quite surprised that she and her twin sister could land that role within weeks. It was their second audition, and right after meeting the director Kurt Russell, they had a good feeling about it.

After Sky High, she didn’t act for much longer and soon started dipping her toes in the reality TV pool.

Recently, Malika posted a picture with Khloe Kardashian and captioned it “Hot Mess in 2001”. This gave the audience a rare insight into how close they were even before the Kardashians became a phenomenon.

Since their rise to stardom, Malika has always appeared as Khloe’s BFF, be it on the original show or its multiple spinoffs. She even supported Khloe throughout her rough patch when Tristan Thompson was caught cheating with Jordyn Woods.

Malika was clearly standing behind Khloe and proved that she was the ideal best friend.

Malika was mostly successful in booking acting gigs that required a twin. When Khadijah got married and decided to focus on her own thing, Malika felt betrayed. She wasn’t ready for them to go their separate ways and even discussed it on their show.

After that, Malika focused on getting her own projects, and most of them were reality series. Reality shows can often become an addiction for the people who participate in them. They love the fame that comes with it and crave to stay relevant in the limelight.

Haqq also loved being known as a celebrity and went on to star on UK’s Celebrity Big Brother in 2018. She didn’t win the show but enjoyed the experience.

It gave Malika the confidence she has struggled with her whole life. She has been diagnosed with anxiety issues and uses spiritual practices, cleansing rituals, and even CBD oil to control them.

Since she is seen a lot with Khloe Kardashian, you may think Haqq is as loaded as her best friend. But that’s not the case exactly.

According to Celebrity Net Worth, her wealth is only around $600,000. Her twin Khadijah Haqq McCray has more net worth than her because she worked on many acting projects. Her total is estimated to be nearly $2 million.

Despite not being a millionaire, Malika star is quite content with her life and doesn’t want to do anything that disrupts her inner peace.

She likes being able to appreciate whatever she is given. Haqq shared a tragic personal story with her fans which made everyone understand her perspective on life.

Malika’s mother actually had two sets of twins. The other twin sisters were six years older than her and Khadijah. Sadly, one of them died when she was eighteen years old. At that time, Malika and Khadija were only twelve. This tragedy left an eternal mark on them.

It affected them so much that they were sure about one of them being dead at eighteen years of age. Since then, Malika has focused on spending quality time with her family and showing gratitude for everything in her life.

On 14 March 2020, the reality TV star welcomed her first child “Ace Flores” into the world. Malika had the baby with her now ex-boyfriend rapper O.T. Genasis.

While she and baby daddy O.T. Genasis might have broken up, there is no doubt that they are thrilled to have their son. Malika now has an amicable co-parenting relationship with Genasis and has called it a great partnership.

When she posted about the birth of her baby boy on her own Insta account, the whole Kardashian-Jenner clan commented via lovely messages. Kendall, Kylie, Kourtney, and Kim Kardashian congratulated her with heart emojis. Khloe went all out and even said that she couldn’t wait to meet the little one.

After all, Khloe was the one who fulfilled her best friend duties and threw her a lavish baby shower, making sure that her pregnancy became a memorable period for her.

In addition, Khloe was thrilled that her adorable daughter True Thompson would finally have a new friend to play with.