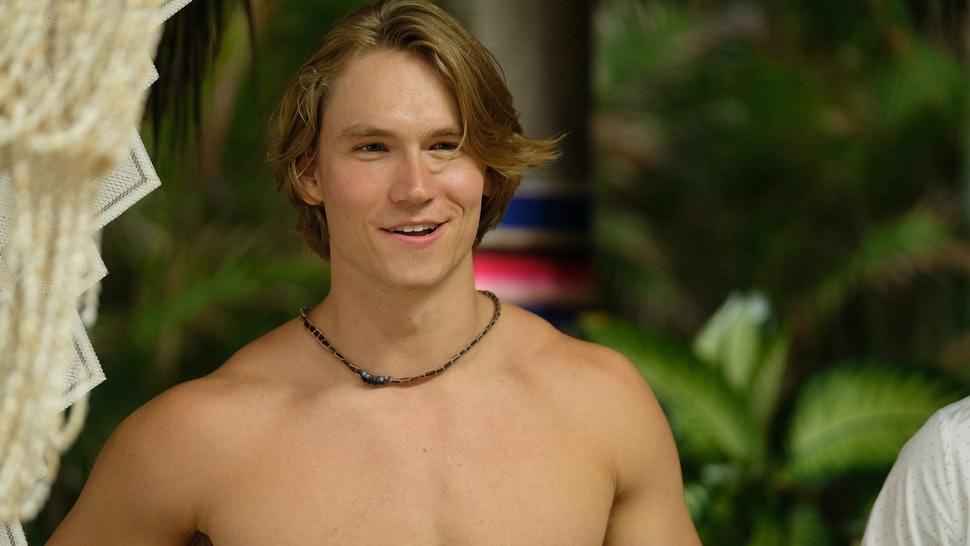 As all Bachelor Nation peeps know, there are some contestants we simply can’t forget even after they have left the show for the longest time. One that comes to mind is John Paul Jones aka JPJ—yep that quirky dude-bro who is obsessed with his name! Besides being a total goofball most of the time, we can agree that he was an audience favorite on both, The Bachelorette and Bachelor in Paradise.

With all the controversy he managed to fire up, this guy definitely triggers a ton of curiosity, and naturally, one wonders just what does John Paul Jones do for a living?

If you thought you’d check out his bio on ABC’s website and finally find out what John Paul Jones does, you’ll be massively disappointed. His bio reads, among other things ‘chicken enthusiast’ and that he loves drinking champagne.

His occupation? Simply John Paul Jones i.e. his job is being himself. No doubt the blonde hunk did a good job of maintaining an authentic character, being hilarious and down to earth, and just being his usual self on both The Bachelorette and Bachelor in Paradise. Well at least Tayshia Adama took to these qualities of his and they had a thing going for some time.

For Real Though, How Does John Paul Jones Pay His Bills?

When he is not demanding that he be addressed by his full name at all times, the memorable contestant says he is a financial analyst. A peek at his LinkedIn profile does reveal that he’s been working at 2U since December 2017.

According to its website, 2U is a company that offers world-class educational technology that helps colleges and universities to deliver online degree programs. Whew! JPJ’s smarts has never been in doubt and this gig not only shows that he is doing some pretty important work but that he is also making the most of his intelligence.

Something else fans loved about JPJ was his down-to-earth vibe. He really came out as someone who was genuinely interested in others and it’s a shame Hanna Brown eliminated him from the show way too early. Anyway, on his Instagram bio, he mentions the not-for-profit organization No Kid Hungry.

The wildly popular star doesn’t post much about this particular organization so it is hard to tell whether he actively works there or he is just a volunteer or supporter.

Given his love for the great outdoors and passion for environmental conservation, it comes as no surprise that he would support a cause to end child hunger in America. Way to go JPJ!

So, Where Is John Paul Jones Now?

After being on Season 6 of Bachelor in Paradise, the Maryland native moved to Los Angeles to pursue an acting career. Guess this means he is no longer working for 2U as a financial analyst anymore? Given his already tight schedule, since he landed on the West Coast, it’s likely that he has put his finance career on hold.

In an interview, he said that opportunities have already started rolling in and he has been super busy with acting classes and auditions. The star also quipped that he has a few projects lined up in which he plays a substantial role one being a short film and the other being a show on a streaming network.

Well, fans all over are definitely excited for John Paul Jones and can’t wait to see how things work out for him as he attempts to venture into Hollywood life!

If you are curious about what Colton Underwood does for a living, take a look here!