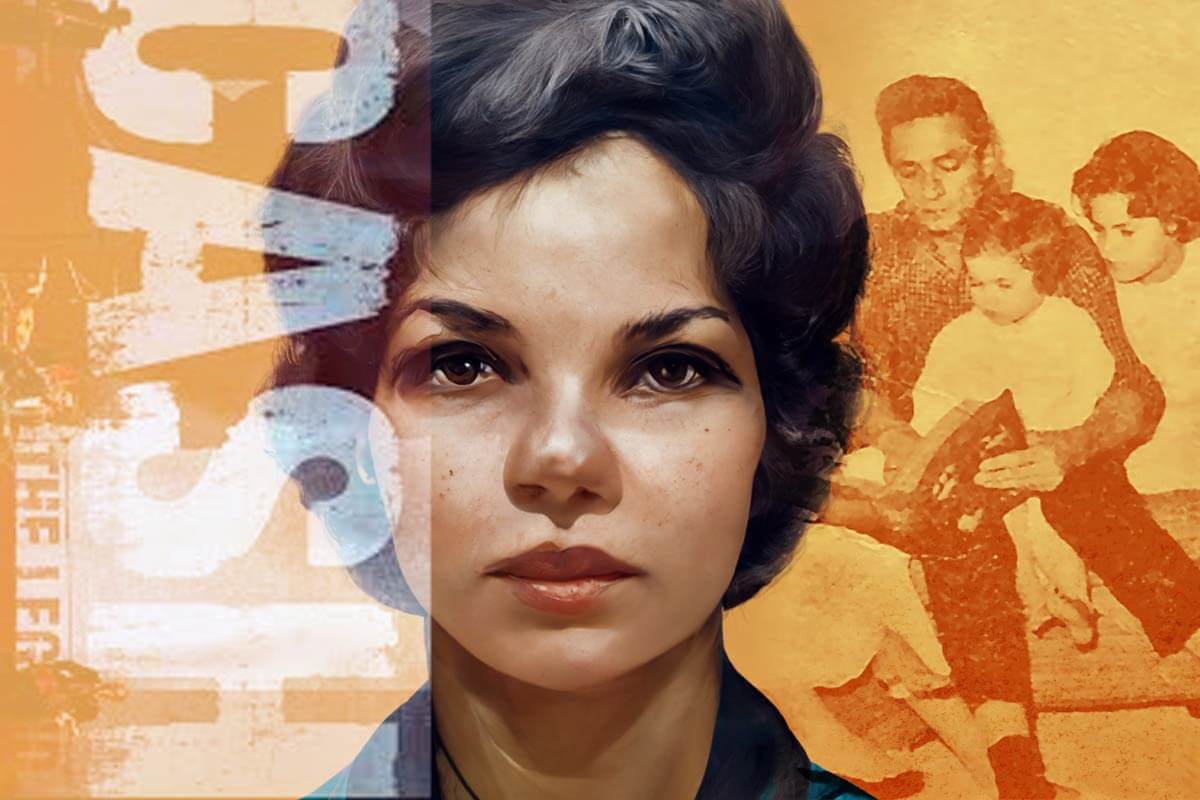 Their courtship and eventual marriage were a fairytale. But Johnny and his first wife, Vivian Liberto Cash’s love story didn’t end with sunsets and rainbows.

The famous couple’s relationship and tragic end are captured in the award-winning biopic, “Walk The Line.” But even that film, with its real-life footage, couldn’t capture the entire truth about Vivian’s agony and frustrations as a mother, wife, daughter, and devout Catholic.

Curious to know the real story of what happened to Johnny Cash’s first wife? We have all the juicy deets here. Read on to find out!

Johnny Cash and Vivian Liberto met when they were just 19 and 17, respectively. The story of how they met varies depending on who you hear it from.

Cash told Rosanne, his eldest daughter, that he had won a bet with his friend that he would walk Vivian home that night. The version he told his younger children was that he intentionally knocked Vivian down in a skating rink to get the chance to talk to her.

Whichever the real version is, one thing that’s a constant is that their relationship started on a whirlwind. The young Cash and Liberto dated passionately for three weeks, after which Cash was shipped off to Landsberg, Germany, as part of his service in the Air Force.

But they kept up their romance, writing each other hundreds of love notes for the four years Cash was away in Germany from 1950 to 1954. Cash included an engagement ring in one of those letters, which surprised Vivian. They married on August 7, 1954, a month after Johnny left the army after his contract ended.

In October 1965, border patrol officials arrested Johnny Cash at the U.S.- Mexico border and found in his possession sedatives and amphetamines bought in Juarez. Vivian left their four young daughters and travelled all the way to El Paso to be by her husband’s side for the trial.

As Vivian and Cash stood side by side, she appeared black, and pictures of the couple spread as they emerged from the courts. The white supremacist media launched a malicious attack against Vivian and her country-singer husband, whom they accused of marrying a Negro woman.

“The stress was unbearable, and I wanted to die,” Liberto wrote in her memoir. Johnny issued a statement to the KKK, letting them know that his wife was not black. But Vivian did not want him to respond or even bother with the allegations.

At that time, you were either White or you weren’t, and interracial marriages were illegal. Claims that Vivian was black were not completely true, as her friends and family attested that she was Caucasian with a Sicilian father and an English-Irish mother. There was also plenty of proof that she had attended Whites-only schools.

Despite all the evidence, the media attacks against her were unrelenting. This, coupled with Cash’s prolonged absences as he was on tour, sent Vivian into a depression, and she would continue having angry outbursts until the end of their marriage.

Johnny Cash’s Wife Divorced Him Because of Infidelity and Neglect

After slightly more than a decade of a tumultuous marriage, Vivian and Johnny finally split.

When Vivian presented her husband with the divorce papers, she hoped he would return to his senses and focus on his marriage. Instead, he signed the papers and agreed to the divorce, but he took full responsibility for the collapse of their marriage.

The country music legend spent many months on the road and away from his family; he was barely home, leaving Rosanne to care for their children all on her own. Inevitably, he got into an affair with fellow musician June Carter, who would become his second wife after his divorce from Vivian.

The Catholic Church Ex-Communicated Vivian After the Divorce

When Vivian filed for divorce from Johnny Cash, she cited infidelity and neglect. It could be that the young mum and wife did not know how to deal with her husband’s sudden fame, and it all unravelled.

Even though the country music star took responsibility for his marriage’s failure, society, including the Catholic Church, quickly condemned Vivian for going the divorce route.

The Church ex-communicated her, disallowing Vivian from partaking in communion. Only after Cash’s intervention and writing a letter to the archdiocese admitting that he had failed as a husband was the decision to ex-communicate Vivian revoked. She was once again welcomed back to the Church.

Vivian Remarried After Her Divorce

There is no doubt that Vivian loved Johnny, her first love, and, unfortunately, their love story ended the way it did.

While Cash moved on and continued with his relationship with June Carter, Vivian also went on to get married. She and Dick Distin, a police officer, married in 1968. They moved in with Vivian’s daughter while Cash and Carter settled near Nashville.

According to Vivian’s daughters, when their mother remarried, she stepped out of the spotlight and into ”negative obscurity.” The world seemingly forgot about her role and marriage to Johnny Cash.

Vivian’s daughters further revealed that their mother’s love for their dad never faded. Following Cash’s death in 2003 at age 71, she confided in her daughters, telling them, “Despite not seeing or talking to him often, just knowing he was on this planet was good enough.”

She added, “Now that he is no longer here, I don’t know if I want to be here.”

She Wrote A Memoir and Set The Record Straight

For a long time, the media cast Vivian negatively, painting her as a deranged alcoholic and a nag insecure about her husband. On the other hand, they placed June and Johnny on a pedal stone as the successful power couple of country music. 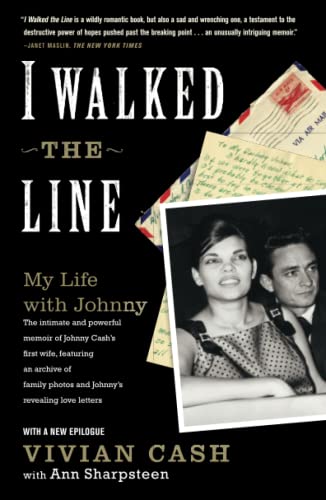 But Vivian was adamant about setting the record straight about what happened and wanted to tell her story. Shortly before her passing in 2005, Cash’s ex-wife wrote the manuscript for her memoir, “I Walked The Line: My Life With Johnny,” a play on the country star’s hit single “Walk The Line.”

In the book, Vivian highlights the effects of the fallout from fame. She looks back at when she and Johnny married and settled in a home on a hillside in Casitas Spring.

According to Vivian, those were some of the best yet some of the worst years of their lives. Cash’s career was picking up fast, but so was his bad-boy behaviour fuelled by drugs, alcohol, and many run-ins with the law.

Based on Vivian’s account, everything started falling apart when they moved to Casitas. Johnny travelled widely, and Vivian was always alone at home caring for all four children.

“I wish I could have traveled with him instead of staying back to raise four kids. Things would have been different, ” Vivian recalled in her book.

The memoir also details the pain and confusion of hearing June constantly say in interviews that she was raising seven children, which included Johnny’s four daughters with Vivian.

Johnny Cash was fine with Vivian’s memoir and was, allegedly, even planning to write the foreword, but he died before he could.

Did Vivian Cash Have Black in Her?

One of the biggest controversies about Vivian Cash was her racial identity. In 2021 historian Henry Louis Gates Jr. presented Johnny and Vivian’s eldest daughter, Rosanne Cash, DNA test results detailing her and her family’s ancestry.

The results revealed that Vivian Cash’s maternal great-great-grandmother was an enslaved black woman named Sarah Shields. Ms. Shields had a White father, who allowed them to be recognized as white.

Ms. Shields married a white man, which was illegal at the time. Subsequently, all her children and their offspring were therefore considered White.

“This is probably why many of Vivian’s direct descendants do not know that they have African American ancesty,” Gates concluded.

There you go: That’s the story of Johny Cash’s somewhat forgotten first wife!