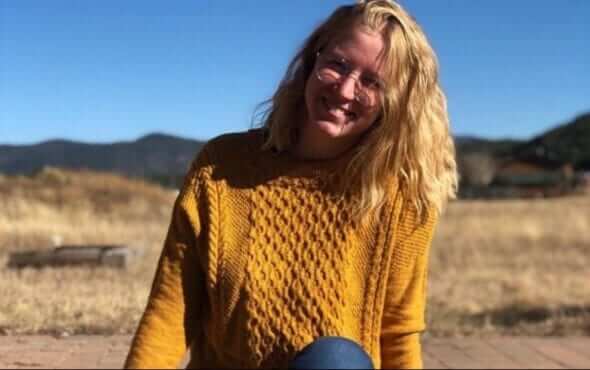 Coming out as gay can be a tedious process, from realizing your sexual orientation to sharing that information with family and friends – the process is sure to take some time.

For a Reality tv star, having to come out in the limelight may be difficult, especially when fans may not show support by bombarding stars with negative comments.

Gwendolyn Brown, who fans know from Discovery TLC’s Sister Wives, came out as bisexual. The reality tv series follows the polygamous relationship of Kodi Brown and his wives. Gwendolyn is the fourth child of Kodi’s third wife, Christine.

So how exactly did Gwendolyn Brown Come out to her family?

Although brown has never publicly stated that she is gay, direct suggestions on her social media accounts validate her gay sexual orientation.

Her first hint was in February when she took to Twitter to support Black Lives Matter with a repost stating: “There wouldn’t be any queer liberation to be proud of were it not for the queer people of color that fought to set it all in motion, especially trans women of color.”

“This pride month must remain irrevocably linked to black liberation, so I’ll be spending it donating regularly, educating myself privately, and supporting publicly, in the hopes that some tangible reform can begin – hope you’ll do the same.”

According to Monsters and Critics, she added: “raging bisexual” on her Twitter bio. The term was received by followers with mixed feelings, with fans requesting clarity on her usage of the word raging. She reacted to followers’ confusion by posting the dictionary definition of raging. One was stating “violent, wild,” the other “extraordinary and tremendous.”

While some fans expressed support, a few comments were not as positive, which she ignored.

On a Facebook live, her sister Mykelti validated that Gwendolyn is gay after a fan asked if she had been proud of Gwendolyn coming out, to which she responded, “of course I am.”

Gwendolyn not the first sister wives star to come out?

Gwendolyn is not the first Brown family member to have come out as gay. While filming an episode for Sister Wives, Mariah, daughter of Kodi Brown and Meri, sat her entire family down and revealed that she was lesbian.

The Sister Wives star’s coming out brought her mother, Meri, to tears. “I did not see it coming… I thought I knew my daughter, I didn’t,” but later in an interview, the reality star family revealed they are accepting of gay marriage.

Mariah is now engaged to her longtime girlfriend, Audrey Kriss.

Certainly, Mariah’s coming out brought the family closer and probably made the transition for Glendwyn a lot easier.

If it is not tough enough to come out as gay to a discriminative society, imagine coming out to a family of devout Mormon fundamentalists who does not approve of homosexuality.

In an Instagram post, Gwendolyn slammed her polygamist family’s religion following the attack of a homophobic follower. In recent months reports by Monsters and Critics claim that the Sister Wives reality star joined a Satanic Temple following her Twitter rants on her family’s religion.

Despite issues from her family’s religion or the outside world being critical of her personal life choices, Gwendolyn is a reality star kid on a journey of taking her o