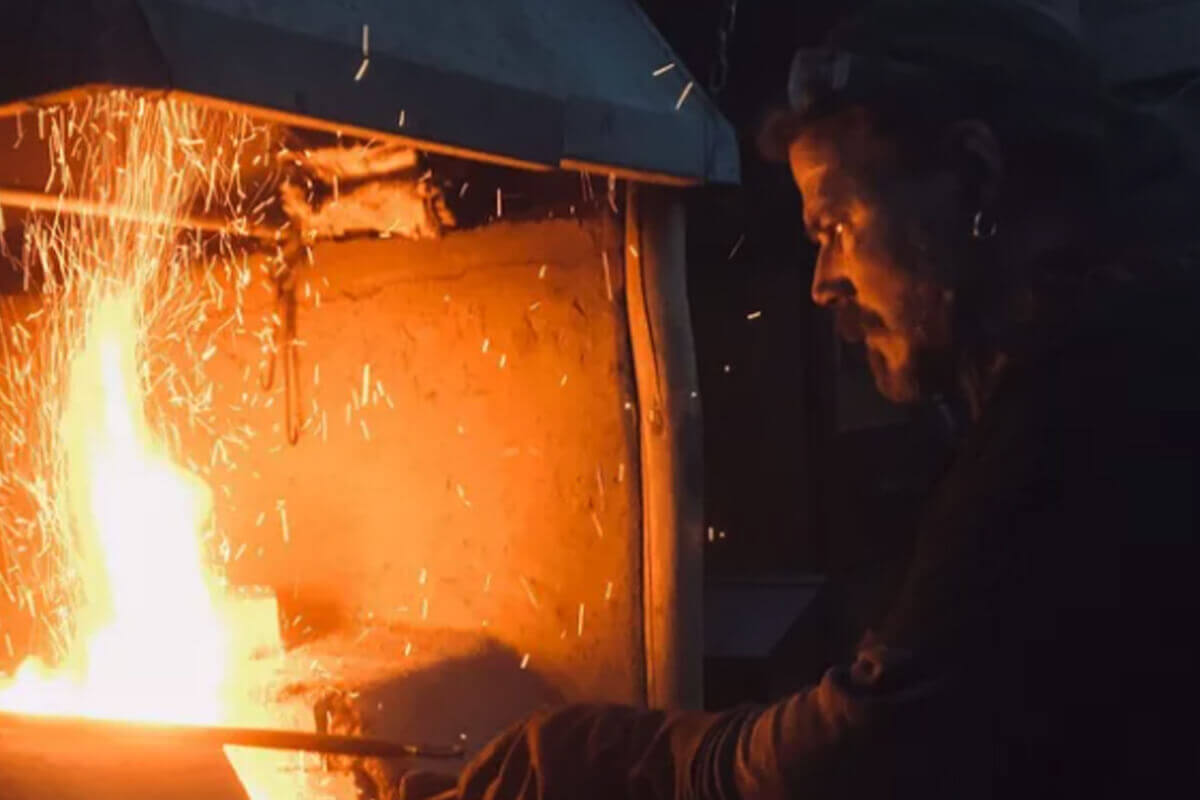 Mountain Men has been a hit show on the History Channel for years. It follows men and their families living in mountain ranges across the United States, hunting and surviving off the land.

Jason Hawk was one of those men with considerable screen time, but he’s recently been notably absent from the cast in season 10. What happened?

Who is Jason Hawk?

Jason hails from Arkansas, where he spent most of his early years. His Facebook page indicates that he lived in Montana while attending Montana State University.

Despite living a relatively simple life and not taking advantage of many modern amenities, Jason has had the opportunity to visit many places.

His blade forging skills have allowed Jason to travel as far as Japan’s countryside. Jason, a true creator at heart, is an expert bladesmith and has been making knives for over twenty years.

Jason is no stranger to History Channel fans

Hawk previously appeared on another show on the History Channel. Cameras originally followed Jason and Mary around their vast estate in Arizona for the series “No Man’s Land.” The show was not well received by the audience, but Jason had proven himself as interesting enough a character to feature on another off-the-grid series.

After leaving the upper Sonoran Desert for the Ozarks in Arkansas, the hunter joined the Mountain Men cast in the 5th season.

If you’re familiar with the show, you may know that Jason has three children: son Kamui “Kai” and daughters River and Madeline “Maddie.” Fourteen-year-old Kai seems determined to continue in his father’s footsteps. Aside from learning to survive on the land, he’s also interested in learning more about forging blades and blacksmithing.

We don’t know much about Kai’s mother or childhood, but his involvement in his father’s life is evident from Jason’s Facebook page.

Jason was diagnosed with cancer at age 45 in late 2020, and he decided that he needed to focus on his health instead of continuing to live in the wilderness.

In the event that the tumor has shrunk sufficiently after chemo, Jason will have surgery.

Unfortunately, Jason has not been the only unlucky cast member to have been struck with such devastating news. Fans of the show still remember what happened to Preston Roberts.

Likely resulting from the logistical challenges around Jason’s cancer treatments, History Channel did not renew his contract for Mountain Men.

With the earnings from the show being the only source of income for Jason and his family, it was a difficult decision to make. Jason and his wife, Mary, had to set up a GoFundMe page to help cover their medical bills in his battle with cancer.

Mary Hawk said that her husband’s cancer diagnosis had been a humbling experience for the family. She also explained that Jason was unable to return to the show because of his health concerns, but they are still hopeful that Jason will be able to resume the family’s knife business when his condition improves.

Prior to their appearance on Mountain Men, the family lived off the land, taking on the occasional odd job or selling knives.

In January of 2021, his family shared that he was improving after his first week of chemo and that they’ve been focusing on what really matters: “family, friends, creativity, and good food shared over winter evenings.”

It’s certainly been a difficult few months for the Hawks, but we hope Jason makes a full recovery and can return to doing what he loves most: the great outdoors!