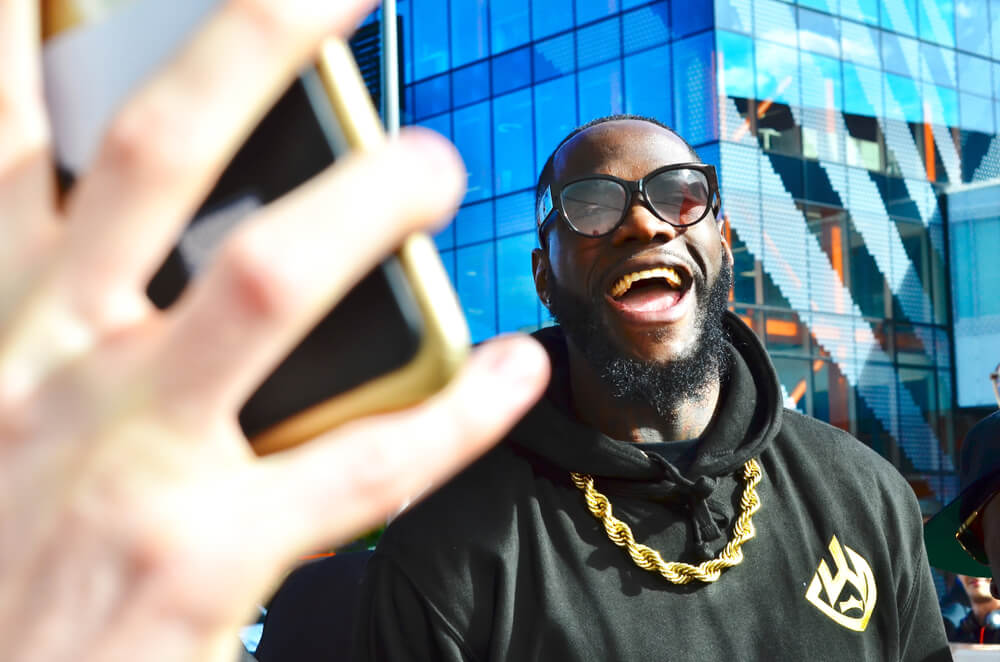 Deontay Wilder is an American boxer who competes as a heavyweight. In January 2015, he became the world champion of the WBC. He kept the title for five years until he suffered the first defeat of his career in February 2020.

The estimated assets of Deontay Wilder are 30 Million USD.

The beginning of a successful boxing career

Wilder, born in 1985 in Tuscaloosa, Alabama, USA, was a versatile athlete during his school days. Because of his height of 6 foot 6 inches, he preferred basketball and football. However, at the age of 20, which is relatively old for a rooky, Wilder started boxing in 2005.

He had his first fight as an amateur in October 2005, and only two years later, he became US heavyweight champion. He then qualified for the 2008 Olympic Games in Beijing, where he finally won the bronze medal.

After the Olympics, Deontay Wilder decided to become a professional. He ended his amateur career with a record of 30 wins and five defeats. He fought his first professional fight against his fellow countryman Ethan Cox, whom he defeated in the second round after a technical knockout.

It was the start of an impressive winning streak. By January 2015, Wilder had not only won each of his 32 fights. He also knocked out all of his opponents in the fourth round at the most, thus earning the American a chance at the WBC World Championship title.

The fight between the Canadian titleholder Bermane Stiverne and his challenger Deontay Wilder took place on January 17, 2015, in Las Vegas. Wilder did not send Stiverne to the floor but defeated him unanimously on points. Thus The Bronze Bomber, as Wilder’s combat name is, crowned himself heavyweight world champion. By the end of 2018, he had defended his title seven times in his usual manner – by knocking out his opponents in dozens.

On December 1, 2018, Wilder met Tyson Fury in Los Angeles. It was to be the first fight that Deontay Wilder did not win. After twelve rounds, the fight ended in a draw according to the jury’s decision.

On February 22, 2020, Deontay Wilder and Tyson Fury faced off again. For the first time in his career, Wilder was sent to the floor and finally had to give up in the seventh round. As a result, the boxer lost his world championship title and was also no longer undefeated. However, he made use of his right to challenge Fury to a third fight.

Since he held the world championship title, Deontay Wilder has been able to summon ever higher fight bourses. For example, he earned around 1.8 million euros with his fight against Cuban Luis Ortiz in March 2018. In his first fight against Tyson Fury in December 2018, Wilder’s purse already amounted to around 8.9 million euros.

The return match against Ortiz, which took place in November 2019, brought Wilder approximately 21 Million USD. He took his highest purse to date for his second fight against Fury. Both boxers were guaranteed a payout of around 29 Million USD, plus shares from the pay-per-view sales.

One of the best-earning sportsmen worldwide

Compared to these vast sums of money from boxing matches, the sponsorship money is relatively small. Deontay Wilder collects 440,000 Euros annually from his sponsor Everlast.

According to Forbes, Deontay Wilder earned around 47 Million USD between July 2019 and June 2020. This amount catapulted him to 20th place on the list of the world’s highest-earning athletes