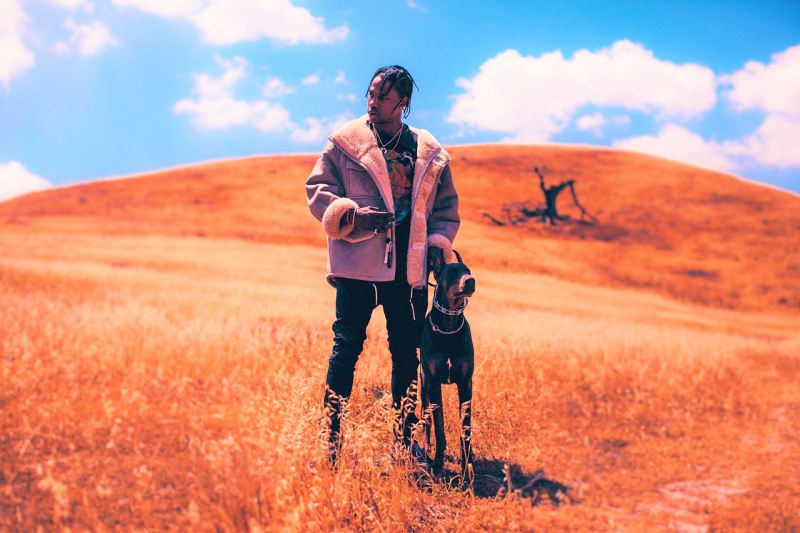 Travis Scott was born on April 30, 1992, in Houston (Texas) under the real name Jacques Webster II. Today he is considered one of the richest rappers of all time. He also writes songs, produces music, and sings. The rapper has participated in important works by Jay-Z and Rihanna. He and his (ex-)girlfriend, Kylie Jenner, have been in a relationship break since October 2019 and share a daughter, Stormi.

The estimated assets of Travis Scott are 53 Million USD.

From his early youth, Travis Scott was passionate about music. He had already released his first songs at that time. For instance, an EP with the help of a friend called Graduates in 2009, followed by two self-produced albums with OG Chess. After graduating from college, he separated from his student fraternities and headed off to Los Angeles. His goal: The breakthrough.

His ambition led him to Kanye West and T.I., who both ran their label. Especially as a producer, he embedded himself into the label, which resulted in collaborations with Rihanna (title: B*tch Better Have My Money). Later on, collaborations with Drake followed.

He released his own mixtape in 2012 under the title Owl Pharaoh. At the BET Hip Hop Awards, his work was nominated as the best mixtape of the year. The single Echelon (feat. 2 Chainz) was released separately as a single, and thus he achieved his first place in the rap charts.

Travis Scott reached number 1 for the first time with his debut album Rodeo. The single Antidote made it into the Top 20 of the US charts and was later awarded platinum.

Further collaborations with Wiz Khalifa, Justin Bieber, and many more followed. In the meantime, he has twice platinum and once triple platinum in the USA through his three studio albums alone. In total, over 5.5 million units have been sold.

Without a doubt, Travis Scott is one of the primary beneficiaries of the streaming market. Rap appeals to a younger target audience, and only younger people stream mostly on Spotify, Amazon Prime Music, Apple Music, and Co.

Travis Scott has over 39 million listeners on Spotify alone. Unfortunately, other platforms do not publish any figures on this, but the statistics of Spotify are quite meaningful as Spotify is the worldwide market leader in music streaming.

According to recent statements, an artist with one million streams earns about 4,700 USD. We use this figure to calculate the estimated revenue figures (on Spotify alone).

The most popular tracks at the moment:

I Can Fly is a documentary film directed by White Trash Tyler. The film, which was also produced by Travis Scott himself, was released in 2019 and documents the artist’s career from his beginnings to his third studio album Astroworld. The film was released on August 28, 2019 on Netflix, whose production company also shot the film.

No sales figures or cinema charts are available, since Netflix as a video streaming service does not publish figures or anything else. However, Travis Scott may have received several Million USD from Netflix.

At the same time, the company invested in the artist’s image. More people than ever could have become aware of Travis Scott, which would have indirectly helped him earn money through the film.

Merchandising as another source of income

Since it is now almost impossible to sell music in stores, more and more artists (or their labels) are turning to online distribution. New albums or mixtapes are offered separately as physical versions and partly as vinyl through their stores. This works well with fans who collect all the artist’s products.

Travis Scott also has his own store, with a constantly changing selection. At the moment, you can find individual rims for several thousand Euro and a car at auction. In addition, the current mixtape is available as vinyl, cassette, CD, and as “digital pack” (music download).

Travis Scott also sells his own clothing at Farfetch and Amazon. With more than 120 USD for an Astroworld hoodie, the swag is more on the pricey side.

Travis gets paid 110.000 USD per tour performance. A total of 10 tour appearances have been announced for 2020, which would earn him more than 1 Mill USD. His tours take place in the USA and Poland, Chile, Argentina, and Brazil.

Like every artist, Travis Scott has his own YouTube channel. This channel is very successful, with over seven million subscribers. However, his click rates per month are relatively low. In January 2020, for example, there were only 240,000 clicks. However, during a promotional phase, such as the last one in August 2018, this figure can rise to just under one million. According to Social Blade, YouTube earnings are estimated at 1,000 USD per month.