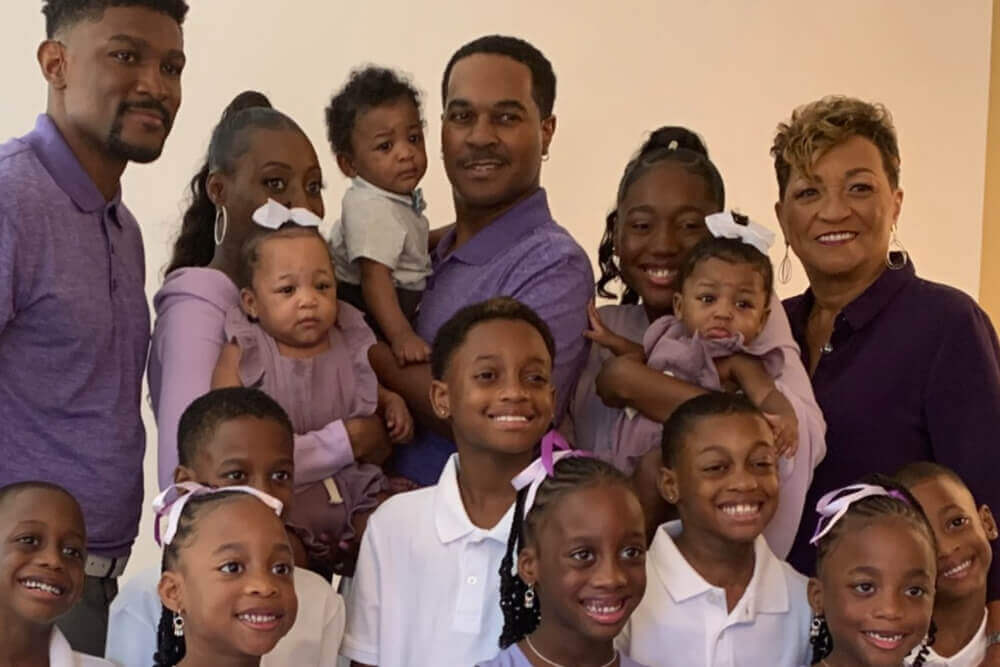 Balancing a career and starting a family is already a daunting task – but throw in 14 children, and it is bound to be havoc.

On TLC’s Doubling Down with the Derricos, the latter is the family’s reality. At the show’s beginning, the family is comprised of Deon Derrico, his wife Karen Derrico, and their 11 children aged 2 to 14, including girl quintuplets.

Today, The family now has 14 children, making them a family of 16.

At this point, the biggest question on your mind might be just how do they do it? How do the Derricos raise four back-to-back sets of multiples? How much laundry do they do for that many people? How often do they have to cook, and how do Deon and Karen juggle a young family with job commitments?

While we will not be answering all these questions, we will break down how Deon Derrico makes it work to support his family financially.

What does Deon Derrico do for a living?

One of the scariest parts of looking after a family as big as the Derricos is the financial expense that goes into it.

In a 2019 interview with the Derricos, when Karen was still pregnant with the triplets, the family revealed they washed three to four loads of laundry per day and that their monthly grocery bill amounted to $3500.

Seven kids later, that has likely to have increased. Considering there are also housing costs, clothing, transportation, and a whole lot more to pay, Derrico’s income from TLC could make only for a supplement to the family’s income.

As per Reality Titbit, Deon currently works as a real estate investor. Before that, Deon reportedly worked as a school bus driver and founded Deon Derrico Entertainment company.

However, Deon’s recent career undertaking has not gone without some ups and downs.

In 2014, Derrico was accused of real estate fraud, which included forging homeowner’s signatures on house deeds. As per Distractify, in 2018, he was found not guilty of the real estate fraud charges.

In a then interview, the father of 14 said that he cooperated in the case at first because he knew he was innocent. However, he explained that he would not advise others to do the same.

“They lead me to believe that this wasn’t even about me,” he said. “… How to properly defend yourself is one, don’t talk, get an attorney.”

“I do want no one else to go through what I’ve gone through,” he told 13 Action News.

Thankfully, after such a long ordeal, Deon Derrico can focus on growing his real estate business and on looking after the Derrico bunch.

Does his wife Karen have a job?

According to reports, Karen understandably focuses on caring for their children and does not have a job. However, the mother of 14 once tried to juggle a career while looking after her children. Karen had a daycare center in Las Vegas.

Despite leaving her work to care for the Derrico children, Karen still does a lot of work homeschooling all her kids, which surely is not easy.

“Many parents know with just one child, two children, it’s a job. But when you have soon-to-be 14, it’s a job.” It would be nothing short of a miracle if both parents could be able to work and look after children from ages 0 – 14,” said Deon about his wife’s work at home.

What else do we know about Deon Derrico?

Deon Derrico was born in inner-city Detriot, Michigan, to Eddie Derrico, a construction company owner, and Marian Derrico, an owner of a hair salon.

His parents divorced when he was 13 years old.

He attended public schools in Detroit, including Cooley High school, before going on to study drama.

He landed his first role as the lead in Not Another Gospel Play. He became a hairstylist, a salon owner and operated other small businesses to support his acting career.

Deon married Karen in 2002. They already had their first child, Darian, named after Deon’s mother, Marian, at the time of their marriage.

They also had Dawsyn, De’Aren, and Dyver, their 1½-year-old triplets. They had a child named Carter, who sadly passed away shortly after being born. Finally, not widely known is that the Derricos also have a 17-year-old  adopted child named Derron.